At the 2011 elections, Workers' Party (WP) secretary-general Low Thia Khiang described himself as one who confronted tigers.

Citing a Chinese proverb, he said: "We know there is a tiger in the mountain, but we are moving towards that mountain. We're taking it head-on."

Mr Low had been MP for the single seat of Hougang for 20 years - and could have stayed on comfortably, said observers. But he chose to leave Hougang to try to win a group representation constituency.

It paid off. His Aljunied victory was the opposition's first GRC win.

History will record the move as the climax in Mr Low's political life, which has seen other "tiger-confronting" adventures.

Born in 1956, Mr Low went to Chinese-medium schools, and later entered Nanyang University, or Nantah, and was in the last batch of students before it merged with the University of Singapore. The Nantah merger and a sense that Chinese-educated students faced discrimination planted the seeds in Mr Low's life in opposition, he later said.

After Nantah, he became a teacher. He disagreed with the policy of streaming. "That was the last straw, and I decided to join the WP," he said in a WP book, Walking With Singapore. He left teaching and started his own signage business. 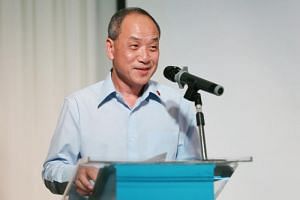 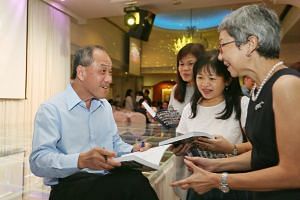 Mr Low first helped at Meet-the-People Sessions of then WP chief J.B. Jeyaretnam. In 1988, he ran in the losing WP team in Tiong Bahru GRC. Undeterred, he stood again in the 1991 elections in Hougang. He swept to victory in a wave that saw three other opposition MPs elected.

Hougang residents remember him for working the ground. Mr Low was often seen at house visits and funerals. He paid attention to details, like slippery walkways on rainy days. He was MP there until he ventured into Aljunied GRC.

In Parliament, Mr Low chose a less adversarial stance than Mr Jeyaretnam, from whom he took over as WP chief in 2001. Mr Low was the architect of WP's three Rs strategy: to be a "rational, respectable and responsible" opposition party. This shift helped him attract well-qualified candidates, say observers, even if some opposition supporters urged him to oppose more robustly.

But it is not clear if others accept how he has led WP. Last year, WP MP Chen Show Mao mounted a rare leadership challenge, and failed. Of this, Mr Low said it was normal for parties to have internal differences.

As he hands over WP's leadership next year, after 17 years at the helm, the 61-year-old has not anointed a successor.

Analysts say a few WP MPs may be ready to step up to the plate - including Ms Sylvia Lim, Mr Pritam Singh and Mr Dennis Tan. But Mr Low does not want the party to focus on any individual.

He said in Walking With Singapore: "If a party is driven only by strong personality, then the party is very shallow... You need to build a team and an organisation."