The first public hearing on the review of the elected presidency yesterday was dominated by two issues: Whether Singapore should have a minority-race president from time to time, and what should be done to ensure this.

Said Chief Justice Sundaresh Menon: "The real question is whether there is a concern that a minority president may be unelectable because of the reality of our racial mix in society and whether that's an acceptable state of affairs."

He chairs the Constitutional Commission appointed by Prime Minister Lee Hsien Loong in February to review the office. The issue is one of three the commission is studying. The other two are the eligibility criteria of candidates, and the experience of those appointed to be the president's advisers. 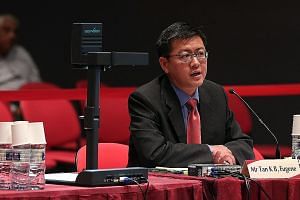 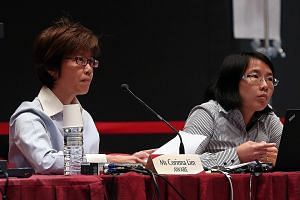 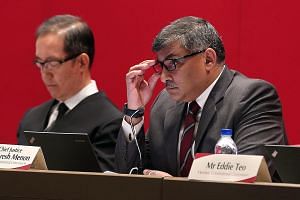 Other issues discussed at Constitutional Commission hearing on elected presidency

CJ Menon and seven commission members asked those invited to the hearing to elaborate on the views they had submitted earlier to the commission. Five Singaporeans and the Association of Women for Action and Research spoke on it.

While all agreed on the importance of having a minority-race president from time to time, to reflect Singapore's multiracialism, they had different ideas on how to achieve it.

During the hearing, CJ Menon said the president's role is a "fairly unique innovation that involves the executive creating a check and balance upon itself".

This is because many of the powers vested in the president, like vetoing the decisions of the executive, typically fall entirely within the executive branch of the Government.

He also made clear that the commission's task is to study proposed changes to the presidency and make recommendations.

When the changes should take effect is a political question best left to the Government, he added. He was replying to law don Eugene Tan, who said that with the next presidential election due by August next year, changing the criteria for candidacy "so late" could add an unnecessary political edge to the polls.

The commission received over 100 submissions and invited 20 individuals and groups to speak at the hearings. Only the Workers' Party declined to participate. Said CJ Menon: "We have carefully considered all the submissions and will have regard to them as we proceed with our work in the months ahead."

There are three more hearings. The report is expected to be submitted by the third quarter of this year.

A version of this article appeared in the print edition of The Straits Times on April 19, 2016, with the headline 'Commission hears views on having a minority-race president'. Subscribe
Topics:
More
Whatsapp Linkedin FB Messenger Telegram Reddit WeChat Pinterest Print Purchase Article Copy permalink