SINGAPORE - The coming general election will offer Singaporeans the opportunity to choose the country's next generation of leaders, but it is also important for people to take a step back during the polls to look at what made the Republic such a success.

That was the clarion call of Deputy Prime Minister Teo Chee Hean for Singaporeans as the anticipation on when the next polls will be held continues to heat up.

"The coming general election is really about offering Singaporeans the opportunity to decide and to choose the leadership whom with to work with, that they can trust - not just for the next five years but for the future," said Mr Teo.

He told reporters on Friday during a closed-door session that the general election is not about having opposition voices in Parliament. The Singapore Constitution in itself already guarantees that there will at least be nine opposition members, he added.

Rather, it is about ensuring that Singapore continues to have "a good, stable, honest leadership with a heart for the people", said Mr Teo. 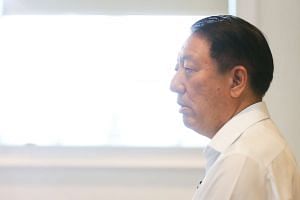 PAP wants to 'sort out the mess' at AHPETC: DPM Teo

He said that it was also important for Singaporeans to strengthen the current leadership team and not weaken it. "If you reduce the number of people who can be on that team, you're going to have a weaker team (and) the next Prime Minister, whoever he is, will have fewer people to choose from. It is not the PAP (People's Action Party) or the Government who will have weaker team - Singapore will have a weaker team to advance Singapore's interests on the international stage," he said.

The PAP, he added, has been working on various policies. "A lot has been done not just in the last four, five years but over the last nine, ten years to adapt to the changes in our society and the changes in Singapore," said Mr Teo. "There is more yet to be done but you know it can be undone too.There are certain underlying assumptions that we take forgranted but if you look around you, they are not a given for any country."