SINGAPORE - Residents of Aljunied GRC need a team that is able to look after the town council well and keep its financial affairs in order, and that is what the People's Action Party (PAP) will offer, Deputy Prime Minister Teo Chee Hean said on Sunday night.

It is important that this basic aspect is looked after, he told reporters, when asked how ready the party was to contest in the Workers' Party-held constituency, whose town council has come under scrutiny after the Auditor-General's Office found serious accounting and governance lapses.

"We want to look for candidates who have some financial background, so they can scrutinise accounts properly … and people with legal training who understand what they need to do. You can have many lawyers but you need to do what you're supposed to do," he said in an indirect reference WP MPs Sylvia Lim, Chen Show Mao and Pritam Singh, who are lawyers.

"But most importantly, we want people who have integrity, the interests of residents at heart, and will work hard for the residents."

Mr Teo would not confirm the party's slate of candidates, which had a minor shake-up after Mr Kahar Hassan, the chairman for the PAP Kaki Bukit branch, was asked to stepped down two weeks ago. 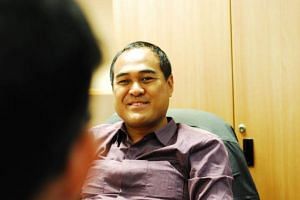 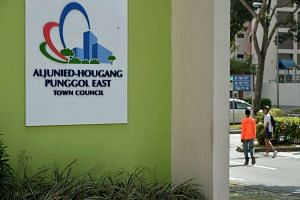 On Saturday, activists met his likely successor - Shamsul Kamar, 43. He has resigned as a department head in Spectra Secondary School and he is serving his notice.

At the dinner, he said the Government succeeded in improving Singaporeans' lives because it "consistently maintained a high standard of integrity".

"Anyone who wants to stand for office, or is in office, must meet these high standards, nothing less," he added to applause from the 1,500-strong crowd.

"If there is wrong-doing, one must be upfront, admit one's mistakes, and take the appropriate actions to put things right," he said.