SINGAPORE - The Workers' Party (WP) has called on the Government to adequately address the multiple lapses in public sector spending and governance highlighted in the Auditor-General's Office (AGO) report released last Tuesday (July 26).

In a statement posted on its website on Monday (Aug 1), the opposition party said these are matters of "grave public concern".

"Of particular concern are recurring lapses taking place under one ministry," the statement by Non-constituency MP Leon Perera, the deputy chair of WP's media team, said.

Focusing on the lapses by the Ministry of Education (MOE), WP pointed out that more than half of the scholars selected by the AGO for test-checks failed to fulfil their scholarship obligations to Singapore. 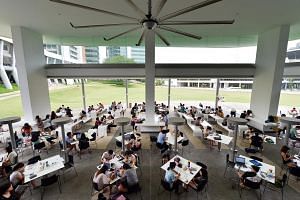 Another worrying trend, it said, is the pattern of lapses in procurement, tender and giving preferential access to a "related party" across several institutions.

WP also highlighted lapses by the Ministry of National Development for the Housing and Development Board's long delays in making final payments to contractors, as well as the Ministry of Home Affairs for the Singapore Police Force's "unusual solution" in amending regulations to regularise its $2.63 million in over-payments to volunteer special constabulary officers over seven years.

The party added that its MPs will be filing several questions for Ministers to answer at the upcoming Parliament sitting.

"WP calls for transparency on the interventions that will be applied to correct systemic lapses and repair the damage done," the statement concluded.

"Getting to the root cause of systemic lapses and instituting preventive and deterrent measures are critical in ensuring that public funds are not misspent."