More than half of the ministries will have new full ministers in what Mr Lee described as a "decisive move" to prepare the next team to take over from the current one.

Most of the appointments will take effect on Oct 1. 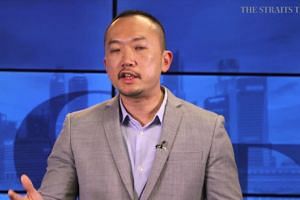 What you need to know about the new Cabinet

Here are 10 things about the new line-up:

Mr Khaw will relinquish his housing portfolio and take over from Transport Minister Lui Tuck Yew who resigned just before the 2015 General Election.

It has been widely speculated that Mr Khaw, who has earned himself the title of "Minister Fix-It" for tackling prickly issues like housing and healthcare, would take over the hot seat amid public unhappiness over the spate of train service disruptions and transport costs.

Mr Khaw, who has been National Development Minister since 2011, also dropped a hint last Friday when he announced on his Facebook page that he was anticipating that the Cabinet reshuffle would "affect" him.

Many would remember that the 62-year-old volunteered himself for the National Development portfolio after the 2011 election, where unhappiness over housing issues was seen as a factor contributing to the People's Action Party's (PAP) record low vote share of 60.1 per cent.

During his term as National Development Minister, he ramped up the supply of new flats and implemented a series of property cooling measures to stabilise housing prices.

Prior to taking up the housing portfolio, he was Health Minister from 2004 to 2011, and oversaw the reform of the MediShield scheme.

On top of his transport portfolio, he will also be the Coordinating Minister in charge of infrastructure - a new position created to coordinate policies across the different ministries.

He is one of the fourth-generation leaders who entered politics after the 2011 election.

3. The two DPMs will be Coordinating Ministers

DPM Teo Chee Hean will hand over his Home Affairs portfolio to Mr K Shanmugam who had briefly held the position previously. Mr Shanmugam will continue to helm the Law Ministry. 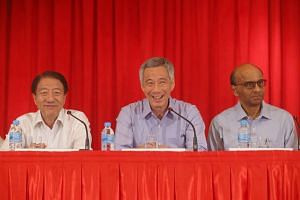 DPM Tharman Shanmugaratnam will hand over his Finance portfolio to Mr Heng Swee Keat, who was former managing director of the Monetary Authority of Singapore before entering politics in 2011. Mr Heng will relinquish his Education portfolio which he has held since 2011.

The two DPMs will not be helming specific ministries so as to give mentorship to the fourth-generation leaders and to make way for leadership renewal.

4. Two ministries will each have two ministers

The Education Ministry, as well as the Ministry of Trade and Industry, will each have two ministers.

Mr Lim Hng Kiang will continue to helm the Ministry of Trade and Industry (MTI), overseeing trade negotiations and the Economic Development Board and Jurong Town Corporation.

Mr S. Iswaran, meanwhile, will oversee the rest of the MTI statutory boards, including the Singapore Tourism Board, and focus on economic restructuring. Mr Iswaran is currently Minister in the Prime Minister's Office and Second Minister for Trade and Industry.

PM Lee said two ministers were needed for these ministries to cope with the expanding scope of work.

5. Nine of the 15 ministries (excluding PMO) will get new full ministers

Only six ministries will not be affected: Defence; Health; Manpower; Law; Social and Family Development; Communications and Information.

Among these six ministries, some already had a change of ministers recently, such as Manpower and Social and Family Development.

In the new Cabinet line-up after the last election in 2011, 11 out of the 14 ministries got new ministers.

Ms Fu, who is now Minister in the Prime Minister's Office, will helm the Ministry of Culture, Community and Youth, taking over from Mr Lawrence Wong. She will also be the first female Leader of the House.

This means that Ms Fu will remain the only woman full minister in the Cabinet.

She was the third woman to be made a Cabinet Minister, after Minister in the Prime Minister's Office Lim Hwee Hua (who was part of the Aljunied GRC team which was defeated in the 2011 election), and Dr Seet Ai Mee, who had barely taken charge as Acting Minister for Community Development when she lost her Bukit Gombak seat in the 1991 election.

Among the new PAP MPs, five will be made office holders. 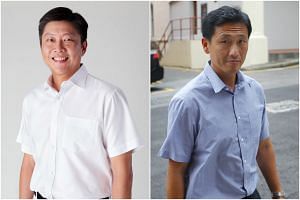 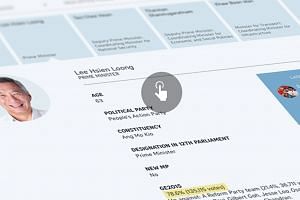 They have been touted as MPs with ministerial potential.

Another new face, former senior civil servant Chee Hong Tat, will be Minister of State in the Health ministry and Communications and Information ministry.

First-time MP surgeon Koh Poh Koon will also move into government, as Minister of State in the Trade and Industry and National Development ministries. He will start on Jan 1, 2016.

Another new MP, lawyer Amrin Amin, will be Parliamentary Secretary in the Home Affairs ministry.

8. New ministers for Foreign Affairs and Environment and Water Resources

Environment and Water Resources Minister Vivian Balakrishnan will be the new Foreign Minister, taking over from Mr K. Shanmugam.

Mr Masagos Zulkifli will take over the Environment and Water Resources portfolio.

There will be 20 full or acting ministers in the new Cabinet. The average age will be 54, down slightly from the current 55.

Among them, half are below 55 years old.

PM Lee is the oldest at 63, while Mr Lawrence Wong is the youngest at 42.

The Cabinet line-up was unveiled 17 days after the Sept 11 election.