His vision of China becoming a rich and powerful nation gets clearer timeline and goals. 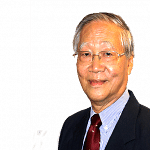 The much anticipated 19th party congress of the Chinese Communist Party (CCP) ended in October with President Xi Jinping as its general secretary tackling a wide range of political, economic and social issues confronting China.

His thoughts on "socialism with Chinese characteristics for a new era" will be pored over for how he intends to lead China in the years ahead. At this juncture, what are we to make of Mr Xi's economic agenda as gleaned from his report to the party congress?

At one level, there were few surprises. He trotted out many ongoing economic policies, such as "supply-side structural reform" based on deleveraging of debt as well as further state-owned enterprise (SOE) reform based on a mixed-ownership model.

It should be noted, however, that the party congress is usually not the occasion to delve into economic matters in great detail. By tradition, this task is left to the Premier of the State Council (Mr Li Keqiang), who will go deeper into the finer points of economic and social policies when he presents his report to the People's Congress (China's Parliament) next March.

In any case, China's economy is currently in a better shape as its so-called "economic slowdown" has been stabilised. Growth for 2017 is likely to go up to 6.9 per cent from the 6.7 per cent of 2016. China's vast foreign reserves have started to rise again, along with the strengthening of the yuan and rapid recovery of exports. The government has also started to seriously deal with the debt problem.

With things looking up, there is no compelling need for short-term policy intervention. Not surprisingly, Mr Xi chose to address long-term issues: specifically how to realise his "China Dream for the rejuvenation of the Chinese nation".

Mr Xi unveiled his "China Dream" at the 18th party congress in 2012. This "dream", in its original conception, implied a strong nation with a strong military.

However, Mr Xi has now added a new dimension to this vision, buttressing it with concrete strategic economic targets.

In this economic vision, the long-term development of China's economy is marked by three distinctive milestones.

This 2020 deadline also coincides with the first centennial of the founding of the CCP.

But how is xiaokang defined?

It is at heart a nebulous concept based on vague and variable standards. To the ordinary Chinese, xiaokang simply conveys the feeling of being "neither affluent nor poor", of having just satisfied his basic needs of "wenbao" or having enough to "wear and eat".

The xiaokang concept was actually first introduced by Deng Xiaoping when he publicised his Four Modernisation programme in December 1979. At the time, the goal was simply for China to reach a basic xiaokang level of living by the end of the 20th century. Subsequently, the term came to be loosely and widely used as a code word for China's socio-economic development.

As articulated by Mr Xi at the recent party congress, China would have realised its xiaokang goal in 2020, when it would have eliminated absolute poverty. China has long been a showcase in the global war on poverty. By 2016, over 800 million people in China had been lifted out of poverty because of its economic and social programmes over the past three decades.

By 2016, the rural poverty rate had fallen to 4.5 per cent, with those below the poverty line living mostly in remote regions or areas populated mainly by ethnic minorities. However, 4.5 per cent still translates into a sizeable 43 million people. In recent years, Mr Xi has taken a personal interest in the anti-poverty war campaign, nudging it along as it heads towards its 2020 deadline.

Meanwhile, based on its current growth momentum, China's economy should be able to grow at an average rate of 6.5 per cent for 2017-2021. Assuming all goes well, how does China's economy look in macroeconomic terms when it becomes a xiaokang society on target?

By 2021, China's per capita GDP is forecast to be about US$12,000, or just at the threshold of developed economy status.

But this also implies that China would have escaped the middle-income trap. This figure is still relatively low, at about the level of today's Argentina or Poland.

In total GDP terms, China's economy would have grown from today's US$11 trillion to US$15 trillion, still below the United States' current US$19 trillion (S$25.6 trillion).

Mr Xi understands very well that the initial phases of a xiaokang society involve only the elimination of absolute poverty or the satisfaction of people's basic needs. But "basic needs" everywhere vary over time and so xiaokang remains a moving target.

Thus, Mr Xi, in his address, called for continuing efforts to "struggle for another 15 more years" so as to build a "modern socialist economy" by 2035; this second phase will be based on higher levels of xiaokang and its extension throughout the country.

Assuming China's economy from 2020 to 2035 grows 5 per cent on average - this projected rate seems realistic because of China's relative low per capita level in 2020 and hence its strong demand-side growth potential - China by 2035 would clearly be a developed economy, and also the world's largest economy with a total GDP of US$30 trillion. But China would still not be a truly affluent society like the US, as China's per capita GDP by then would still be about US$23,000, exactly the level of Taiwan's today, but only half that of the US.

Precisely because of this, there is room still for yet more growth, leading to the third milestone:

The year 2049 will also be the first centennial of the founding of the People's Republic.

Using similar economic growth arithmetic and assuming China's economy continues to expand at 3.5 per cent on average for another 15 years from 2035, China by 2050 will fully realise Mr Xi's "China Dream" of achieving rejuvenation to become rich and powerful.

What is important now is for China to cultivate new growth drivers for the next lap. Here lies the real challenge for Mr Xi's long-term vision of China's economy. China's economy had performed remarkably well in its catch-up phase of development. But with a declining labour force, China's future growth will depend on productivity growth, which in turn depends critically on successful institutional changes... as well as innovation and further technological progress.

Its per capita GDP by then would be about US$40,000 or the same as today's Germany's but still lower than the US level. In total GDP, China would be a gigantic economy of US$50 trillion, almost three times more than the US' total GDP today.

There is a caveat for the above. The projections are in nominal GDP at 2016 prices and current exchange rates. For international comparison of GDP, purchasing power parity (PPP) is often used. But GDP in terms of PPP tends to exaggerate the real size of a low-income economy. Going by the PPP yardstick, China in 2014 had already become the world's largest economy!

We also need to bear in mind that as China's economy continues to grow over time, the exchange rate of the yuan would also rise while the US dollar may eventually fall. Because of this exchange rate effect, China's per capita and total GDP in 2035 or 2050 would likely be significantly larger in US dollar terms.

CHALLENGES FOR THE NEXT LAP

China ended its three decades of double-digit high growth in 2012 at 7.7 per cent. Growth has since decelerated gradually at an average rate of 7.2 per cent during the 2012-2016 period.

This has led to overblown reports about China's "big slowdown" in the international media. In fact, China's current "low growth" is low only in terms of China's own historical growth track. For China's vast economy today of US$11 trillion, any growth of 6-7 per cent is still a very high growth rate.

What is important now is for China to cultivate new growth drivers for the next lap. Here lies the real challenge for Mr Xi's long-term vision of China's economy.

China's economy had performed remarkably well in its catch-up phase of development. But with a declining labour force, China's future growth will depend on productivity growth, which in turn depends critically on successful institutional changes (for example, market reform and better governance) as well as innovation and further technological progress.

So, will Mr Xi attain his economic dream given China's trajectory and what we know of the factors underpinning its growth? At one level, his long-term developmental goals look eminently achievable.

China is clearly not lacking in capital requirement, human resources and entrepreneurship. China in recent years has achieved remarkable progress in science and technology. It has also made a good start, and is even leading in some areas of the new economy, such as artificial intelligence and the Internet of Things.

But what about the impact of institutional change and market reform? Here, much of the answer depends on one's political value judgment. Mr Xi's strong leadership can translate into strong political will to carry out needed institutional changes and structural reforms. But his penchant for tighter political and ideological controls could also complicate state-market relations, particularly pertaining to SOE reform.

Much uncertainty, therefore, remains as to how the tensions inherent in the phenomenon of "guojin mintui" (as the state advances, the private sector retreats) will eventually work out.

A version of this article appeared in the print edition of The Straits Times on December 02, 2017, with the headline Xi sets out economic road map for China Dream. Subscribe