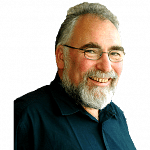 In his review of Hirohito's War by Francis Pike, Rana Mitter, distinguished historian of China and author of China's War With Japan, 1937-1945: The Struggle For Survival, concludes: "The Second World War will continue to be fought in Asia for many years to come."

Fundamentally, the problem is caused by Japan's inability to integrate with Asia.

It was 70 years ago this month that Japan was defeated, marking the official end of World War II.

It was 130 years ago, in 1885, that Japan's leading intellectual, Yukichi Fukuzawa, published a highly influential tract entitled Shedding Asia (Datsu-A Ron, also translated as Getting Rid of Asia).

Japan was the only Asian country in the 19th and early 20th centuries that succeeded in joining the West as an industrial and imperial power. To achieve that end, it had to "shed", according to Fukuzawa, old obsolete Asian ways and Westernise.

Unless Mr Abe makes a really dramatic gesture - for example, going in atonement to Nanjing and/or bowing in front of the Seoul memorial to the sex slaves - it is unlikely that the Japanese national consciousness will be awakened and hence, that genuine reconciliation will occur.

Throughout its modern history, Japan has been integrated with the West. All its alliances have been with Western nations: Britain in the Anglo-Japanese Alliance of 1902-1922, member of the Axis with Nazi Germany and Fascist Italy from 1940 to 1944, and, since 1952, a security treaty with the United States.

Unlike its former colony, Korea (or Germany), at the end of the war, Japan was not divided into two mutually hostile parts - though Stalin had intended to create a Soviet-controlled satellite in Hokkaido, a "Democratic People's Republic of Japan", on the North Korean model, he was deterred from doing so, as Sergei Radchenko in a recent article demonstrates, following the US atomic bombings of Hiroshima and Nagasaki.

While "shedding" Asia, Japan invaded virtually every country in East Asia. Though some hoped that imperial Japan would "liberate" Asian countries from their Western colonial masters, in fact the Japanese proved to be worse overlords. As the late Mr Lee Kuan Yew recorded in his autobiography, The Singapore Story: "The Japanese Military Administration governed by spreading fear. It put up no pretence of civilised behaviour."

While Japanese military boots trampled on vast areas of Asian soil, causing immeasurable suffering, humiliation and tragedy, there have been no Asian boots on Japanese soil.

The Occupation of Japan was overwhelmingly an American affair, with assistance from some of its white allies. (The first school I attended, in 1950, was the kindergarten located at the Australian military base in the Ebisu district of Tokyo). There were no Chinese or Korean military bases.

The Occupation of Japan was a relatively peaceful affair.

There were no Japanese female sex slaves for Korean or Chinese military, no experiments involving vivisection or biological warfare of Japanese prisoners (as occurred to Western and Chinese prisoners at the notorious Japanese unit 731 in Harbin, China) nor were there any massacres committed against Japanese cities as occurred in Nanjing.

Had there been such retributions, Prime Minister Shinzo Abe might have fewer difficulties with describing what the Japanese did in China as aggression.

PM Abe has said he will express "remorse" , but wants the focus to be on what Japan has done in Asia since then.

Yesterday, news reports on his draft statement suggest the words "apology" and "aggression" will be included, but it remains to be seen if his much-anticipated statement on Aug 14, the eve of Japanese defeat 70 years ago, will soothe wounded Asian feelings.

With the victory of the People's Liberation Army in China in 1949 and the outbreak of the Korean and Cold Wars, the US' policy priorities in Japan underwent radical transformation.

To keep Japanese society politically stable, it was decided that Emperor Hirohito would not be prosecuted; many war criminals were rehabilitated, as was the case with current Prime Minister Abe's grandfather, Nobusuke Kishi. Thus, in a very short period of time, Japan was transformed from the US' defeated enemy to its pampered protege.

Following the "shedding" of Asia, Japan has been aloof from its Asian neighbours. Psychologically, it is in a different continental space.

Though Japan was defeated in World War II, the victors were seen as Americans, not Chinese. Thanks in good part to the lenient and restorative American Occupation, the post-war Japanese economy boomed.

With the exception of the Asian newly industrialised economies (Hong Kong, Singapore, South Korea and Taiwan), Japan is infinitely richer than other Asian countries. Even though the Chinese economy has overtaken the Japanese in aggregate terms, in gross domestic product per capita terms, Japan remains much wealthier.

Apologies do not come easily to pampered proteges; Japan is no exception.

Having "shed" Asia, the Japanese tend to see themselves as superior to other Asians. One does not apologise to inferiors.

While not forced to own up to the true horrors of its war crimes in the aftermath of war, the Japanese establishment has made every effort to ensure that future generations should be shielded from these ugly truths by keeping history textbooks as bland as possible.

Unless Mr Abe makes a really dramatic gesture - for example, going in atonement to Nanjing and/or bowing in front of the Seoul memorial to the sex slaves - it is unlikely that the Japanese national consciousness will be awakened and hence, that genuine reconciliation will occur.

Contrary to the popular cliche, time does not heal all wounds; it makes them fester. The war, as Rana Mitter says, will continue being fought in Asia for many years to come.

A version of this article appeared in the print edition of The Straits Times on August 11, 2015, with the headline WWII wounds in Asia continue to fester. Subscribe