The thick haze that has blanketed much of South-east Asia for the last month carries the ashy remains of Indonesian forests and peatlands - burnt in many cases to clear land for producing palm oil, the world's most popular edible oil. It is an annual occurrence dating back decades, and this year it is particularly bad. According to one report, the fires this year have emitted enough greenhouse gases to rival Germany's annual output of carbon dioxide. And they are growing worse.

Many proposals to fix the problem target the palm oil supply chain - from farmers and refiners, to the bankers and politicians who fund and license companies. But to be successful, such efforts have to address demand as well. Unless consumers insist on buying palm oil that has been sourced sustainably - and are willing to pay for it - companies and middlemen will continue to look for the cheapest possible ways to clear land, which means burning.

For several years now, campaigns promoting sustainable palm oil- oil produced with as little impact as possible on the surrounding environment - have been gaining momentum in Europe. The Netherlands has committed to using only sustainable palm oil by the end of this year. Indeed, the Roundtable on Sustainable Palm Oil (RSPO) - an industry group founded in 2004 - says that all of the palm oil used in the European Union will be certified sustainable by 2020. Public education, advocacy and consumer pressure have all had an impact.

The problem is that the EU represents only around 11 per cent of the market for palm oil. The world's biggest consumer is India, which accounts for 15.6 per cent of palm oil consumption globally, and 21 per cent of all imports. China is the world's third-largest importer, after the EU, and fourth-largest consumer. Together, India, China, Pakistan, Egypt, Bangladesh and Myanmar account for nearly half of global palm oil imports.

The problem is that the EU represents only around 11 per cent of the market for palm oil. The world's biggest consumer is India... China is the world's third-largest importer, after the EU, and fourth-largest consumer.

The RSPO's efforts have barely made a dent in these emerging markets, admits Mr Stefano Savi, the group's global outreach and engagement director in Kuala Lumpur. Fewer than 100 of the RSPO's more than 2,000 members are based in India and China. Mr Savi says he expects around 30 per cent of India's palm oil to be certified by 2020, and only 10 per cent of China's.

Price remains a key hurdle. Across Asia, palm oil's main selling point is its reputation as the "poor man's oil". In August, crude palm oil imported into India was more than 37 per cent cheaper than imported sunflower oil, and 19 per cent cheaper than imported soya bean oil. Properly sourced, sustainable palm oil can cost as much as 17 per cent more than regular oil. For many Indians, whose per capita income was US$1,595 (S$2,210) last year (compared with US$51,590 in the Netherlands), that's a stiff premium.

However, there's no reason for activists to lose hope. Asia's burgeoning, brand-conscious middle class has shown that it cares about the environment. In China, for instance, consumption of shark's fin is declining, largely because of a years-long public education campaign fronted by basketball star Yao Ming (The process has been helped along by President Xi Jinping's crackdown on official banquets and other extravagances). International companies that have committed to using sustainable oil - such as McDonald's, Post and Mondelez - could use those policies to burnish their brands in emerging markets. 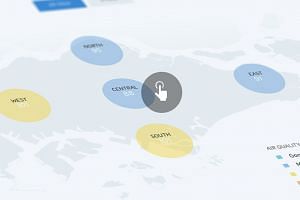 Ultimately, though, the only way to change behaviour in India and China will be to reduce costs. Currently, only half of the roughly 5.3 million tonnes of RSPO-certified sustainable palm oil is sold at a premium, though the proportion is increasing steadily, according to the RSPO's Mr Savi. The rest is sold as conventional palm oil to manufacturers and retailers who - for now - don't see any commercial advantage in sustainability.

Whatever losses producers accrue are partially covered by a trading scheme whereby they can sell certificates - akin to carbon trading credits - to companies that want to support sustainable production. However, current market prices for those certificates are well under $1 per tonne, underlining weak demand.

Europe may be able to lend a hand. In search of carbon savings, the EU is keen to expand the use of sustainable biofuels. The dregs of palm oil refining could be one source. According to an industry report last year, India already has the capacity to produce 435,000 tonnes of palm oil-based biodiesel a year.

Industry, governments and non-governmental organisations could cooperate to channel sustainably produced palm oil into that supply chain. Doing so would open new markets to Indonesian farmers, while giving them a profitable reason not to burn land to make a living. These are all long-term solutions, of course. But they're critical if the skies over South-east Asia are to be cleared for good.

A version of this article appeared in the print edition of The Straits Times on October 16, 2015, with the headline 'Why India and China are key to ending the haze'. Subscribe
Topics:
More
Whatsapp Linkedin FB Messenger Telegram Reddit WeChat Pinterest Print Purchase Article Copy permalink