Why Asean is good for Singapore

Singaporeans should be more positive about the regional grouping, given the many benefits it offers - not just its huge market potential but also the less immediately obvious ones like peace, without which economic growth would be impossible 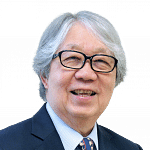 The Asean Charter prescribes that the chairmanship of Asean shall rotate annually, based on the alphabetical order of the English names of the member states.

Singapore is the chairman for 2018. What are the roles and duties of the chairman? The first duty is to chair practically all the meetings of Asean, at every level and in every sector. At last count, Asean holds about 1,000 meetings a year.

The Asean Charter confers on the Asean chairman the following roles:

•to actively promote and enhance the interests and well-being of Asean;

•to ensure the centrality of Asean;

•to ensure an effective and timely response to urgent issues and crisis situations, including providing its good offices; and

•to represent Asean in strengthening and promoting closer relations with external partners.

Of the 10 Asean countries, the Singapore Government is one of the strongest supporters of Asean.

It is therefore disappointing to read that in a survey carried out by Blackbox recently, the Singapore public ranks last in its favourable attitude towards Asean.

Only 77 per cent of the Singaporeans surveyed had a favourable or very favourable view of Asean, compared with 85 per cent for all Asean countries.

Furthermore, 16 per cent of Singaporeans had an unfavourable view of Asean, as compared with 10 per cent for all Asean countries.

The purpose of this essay is to explain the importance of Asean to Singaporeans.

Asean has a large and growing middle class. It has a relatively young population.

As an example, Asean is currently driving the negotiation of a mega free trade agreement, involving Asean and six other economies, called the Regional Comprehensive Economic Partnership (RCEP).

When concluded, RCEP will be one of the biggest free trade areas in the world.

Without peace, Singapore's journey from the Third World to the First would have been more difficult, if not impossible.

For the past 50 years, Asean has maintained the peace in South-east Asia. No two Asean countries have gone to war during this period.

For this reason, Kishore Mahbubani and Jeffrey Sng have proposed in their book, The Asean Miracle, that the Nobel Peace Prize should be awarded to Asean.

Another political benefit which Asean has brought to Singapore is that it has been able to establish partnerships with 10 major partners which, in chronological order, are: Australia, New Zealand, Canada, Japan, the European Union, the United States, South Korea, China, Russia and India.

Because Asean is a successful regional organisation and because it has an open and inclusive attitude towards its external stakeholders, the leaders of its dialogue partners come annually to meet with the leaders of Asean and to participate in Asean-led forums such as the Asean Plus Three (China, Japan and South Korea), Asean Regional Forum and the East Asia Summit.

Without Asean, none of the 10 member states would be able to attract the leaders of the most important countries of the world to meet annually with them. There is no better illustration of the importance of Asean unity and centrality than this.

Asean has brought other benefits to Singapore and Singaporeans.

Asean is probably the most diverse regional organisation in the world. We speak different languages, worship different gods and have different forms of government. However, in spite of our differences, we have succeeded, over time and with much effort, in developing a sense of regional identity and solidarity.

This sense of solidarity has enabled Asean to respond promptly and effectively, to emergencies and crises such as Sars in 2003, the Indian Ocean tsunami in 2004 and Cyclone Nargis in 2008. I hope Asean will find it possible to play a helpful role in the humanitarian crisis in the Rakhine state of Myanmar.

Over the past 50 years, the governments and peoples of Asean have developed a culture of consultation, mutual accommodation and cooperation.

This ethos is very precious because the region faces many challenges which cannot be solved by any state alone. These challenges include climate change, terrorism, the trafficking of men, women and child, migration, refugees, transboundary pollution, conservation of biodiversity, and the health of the oceans and seas.

In addition to raising the standard of living and well-being of the citizens of Asean, the regional organisation has also helped to enhance the social, cultural and human rights of its citizens.

There is one other achievement of Asean worth noting. Asean is committed to the peaceful settlement of disputes. It is also enjoined by the Charter to uphold the United Nations Charter, international law and international humanitarian law.

In other words, Asean supports the international rule of law.

Singapore will have a busy year chairing Asean. Until August this year, Singapore will continue to be the Asean coordinator for Asean-China relations.

After August, Singapore will be the Asean coordinator for Asean-EU relations. This is an important relationship as the EU is Asean's largest investor and second-largest trading partner.

The theme which Singapore has chosen for its chairmanship is Resilience and Innovation.

We want to enhance Asean's collective resilience against such threats as terrorism, violent extremism, transnational crimes, cybercrimes and so on.

We also need to strengthen our unity and resilience in the face of more intense competition for influence by the great powers.

More On This Topic
Why Asean is good for the US

Asean must never allow itself to be divided. We want Asean to be more innovative to take advantage of the opportunities created by the sharing economy, the digital economy, e-commerce, e-payment, robotics, artificial intelligence, nanotechnology and so on.

Asean has brought many benefits to Singapore and Singaporeans. I hope that, after reading this column, more Singaporeans will have a favourable view towards Asean.

At the handing-over ceremony in Manila in November last year, Prime Minister Lee Hsien Loong said: "Asean has built a stable, open and inclusive regional architecture, one that has brought about security, growth and development for our people." I agree with Foreign Minister Vivian Balakrishnan, who said recently that Asean has a bright future and Singapore will use our chairmanship to help build that bright future.

•The writer is Ambassador-at-Large in Singapore's Ministry of Foreign Affairs and a professor of law at the National University of Singapore.

A version of this article appeared in the print edition of The Straits Times on January 09, 2018, with the headline Why Asean is good for Singapore. Subscribe