It used to be that black was black, and white was white.

Then came fifty shades of grey.

Next, someone insisted that it was actually a deep blue, or perhaps a murky green.

Beyond a point, it began to seem that the colour was whatever you said it was, provided you shouted loud enough or repeated it over and again. Eventually, people might believe you.

This, we are told, is the new "post-truth" world, where things are not always what they seem, and you neither have to mean what you say nor say what you mean.

In this new world, politicians have been busy reassuring the President-elect of the United States Donald Trump that no one really thought he would do as he pledged on the stump, and fewer still would mind if he simply forgot what he had said during the campaign.

The reason for this is simple: The alternative of him doing as he promised is just too scary to contemplate, so isn't it better if we let it slide, and all just get along?

That way, we might conclude that climate change is not a "hoax invented by China", as Mr Trump once claimed, and instead "keep an open mind, to study the issue very hard", as he now purports.

In this post-truth world, "fake news" reports do not need to be checked or corroborated; all that matters is that audiences like, engage with and share content. The game is to get the story out and hope that it might just stick if enough people read it, spread and begin to think that it is must be so.

This process is aided by the fact, as US President Barack Obama said in a recent interview, that on social media platforms such as Facebook, an explanation of global warming by a Nobel Prize winner looks no different from one by a paid climate change denier.

Today's communication tools, he noted, make it far easier to spread misinformation and wild conspiracy theories, and hit out at opponents wildly.

The result: a sharply polarised society, in which it is "very difficult to have a common conversation".

He added: "If we are not serious about facts and what's true and what's not and if we can't discriminate between serious arguments and propaganda, then we have problems." 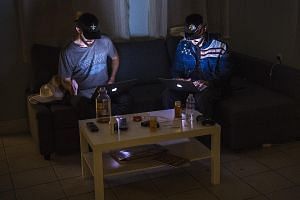 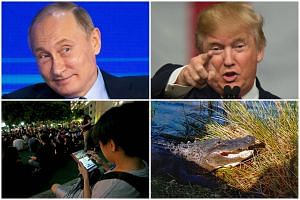 Indeed we do, which explains the hand-wringing going on in thoughtful circles in the West, with social media sites such as Facebook and Google being blamed for purveying fabricated stories, which ended up swaying American voters.

An analysis by the Buzzfeed website found that of the 20 fake news stories that generated the most audience engagement on Facebook in the final months before the US elections, all but three leaned towards Mr Trump. Furthermore, these stories held the attention of Facebook users longer than the top 20 stories from more traditional media organisations.

This has led to calls for Facebook to face up to its responsibilities for the content shared on its platform. But, lamentably, it was only after its initial assertion that it was not a publisher but a "technology company" was widely derided that it finally came out to say that it would work on curbing the spread of fabricated content.

The best riposte to this I have come across was from News Corp's chief executive, Mr Robert Thomson, who told the Financial Times that the likes of Facebook and Google "are in digital denial".

"Of course they are publishers, and being a publisher comes with the responsibility to protect and project the provenance of news.

" The great papers have grappled with that sacred burden over the decades and centuries, and you can't absolve yourself from the burden or the costs of compliance by saying, 'We are a technology company.'"

Indeed, more established media organisations have long accepted this responsibility as part of the job, and hire editors to make judgment calls on the veracity, significance and sensitivity of content. By doing so, they show they are invested in the communities they seek to serve.

And, as the world becomes ever more complex, the need for journalists and editors to seek out information and answers to help readers make sense of it all will grow, not diminish.

Yet, the prevailing wisdom in the Internet age runs the other way: disintermediation has enabled everyone to freely generate content, which social media platforms aggregate or circulate for free, leaving the marketplace of ideas to sift out the spurious from the sensible and sound. Or so the theory goes.

But while social media has been a boon in many ways, allowing for more direct communication among people around the world, it comes with a downside in a form of Gresham's law, with dubious content competing for space, prominence, time and attention, crowding out much that is good.

Worse, as social media platforms milk content from publishers, aggregating and monetising their efforts, with little in the way of payback or investment in news gathering or original content of their own, the assumption that this parasitic relationship could continue ad infinitum, even as newsrooms are leached of resources and talent, is proving to be false.

So, societies are now having to ponder the impact on their democracies when media organisations which are supposed to gather, interpret and analyse the news are decimated and depleted. What would aggregators aggregate then?

How then would voters be kept informed and be able to figure out "what's true and what's not"? How would they tell the difference between what's news and what's made up, and shared, for a lark?

Singapore faces these challenges too. Thankfully, the Government did not shrink from taking to task the Real Singapore website, which put out misleading reports aimed at stirring up latent antipathies towards immigrants in order to draw readership, and with it, hundreds of thousands of dollars in advertising revenues.

But, even so, others have sprouted up in its place, as seen recently when a site dubbed All Singapore Stuff published a bogus photograph of a collapsed roof of a Housing Board block in Punggol Waterway. This sparked alarm and led to the Singapore Civil Defence Force having to rush to the scene.

Clearly, steps need to be taken to ferret out those who hide behind the cloak of anonymity to put out such content for commercial gain, and shut them down. The flow of advertising dollars should be stopped, not just by the authorities, but also by organisations making a stand that they will not have their sponsorship funds going towards such outlets, which poison the collective well.

But, beyond that, responsibility must ultimately rest with you and me, as content consumers, voters, citizens and parents.

Social media is here to stay, and if society is to thrive in this digital age, we will have to do much more to educate our young to be savvy and discerning about the content they choose to consume.

This begins with encouraging them to read widely and deeply, as well as to stay connected and engaged with the goings-on around them and elsewhere in the world. Unless they have the desire - and the discipline - to do so, they will remain vulnerable to being misled by those who would exploit their ignorance.

Recently though, I met a group of parents at a forum who lamented that their children simply did not read - neither this newspaper nor anything else for that matter.

A combination of examination stress, the proliferation of gadgets and games, and shortened attention span led their children to retreat into their own virtual worlds, where their ideas and instincts were reinforced and shaped by a narrowing circle of "friends".

One concerned mother likened these youngsters to the modern- day equivalent of children who refuse to eat their vegetables, do any exercise, go to school, make friends, or take mother tongue lessons seriously. Every parent knows where these tendencies might lead, and strives to find creative ways to put them right, she said, adding that the same effort was needed to promote reading and critical thinking, both in and out of our schools.

I shared her view, but pointed out that the situation was not nearly as dire as some seemed to think. After all, the digital readership of The Straits Times is growing, on both our website and social media platforms, with much of that readership being a younger crowd. Big spikes are also seen in traffic every time there is a major story that people care about, whether it is an election here or abroad, a terror attack or natural disaster somewhere, or the rush to land a Coldplay ticket.

But for good measure, I added that those parents who are at their wits' end trying to get their children engaged with the world might try recounting the story of the advertisement that once ran in the British magazine, the Economist.

"I never read the Economist!" it quoted someone saying, in big, bold print.

In finer font below, this daft declaration was attributed to "Management trainee, aged 42".

To my mind, the best way to protect our young from this sorry fate is to engage and empower them to read, discover, and figure out the world for themselves.

For ultimately, like people everywhere, they will find that, in truth, there is no such thing as a "post-truth" world. In the end, reality will bite, the truth will out, and the price for blissful ignorance or outright folly will have to be paid.

A version of this article appeared in the print edition of The Sunday Times on November 27, 2016, with the headline 'When reality bites in a 'post-truth' world '. Subscribe
Topics:
More
Whatsapp Linkedin FB Messenger Telegram Reddit WeChat Pinterest Print Purchase Article Copy permalink