What can China do to save its economy? 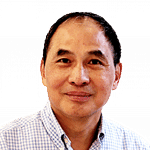 The Covid-19 pandemic is threatening to choke the life out of all major economies. In response, governments have turned to the oxygen of stimulus measures to rescue jobs and businesses. The United States set up a US$2 trillion (S$2.8 trillion) rescue package. European countries have announced their own spending blitz, and Japan recently approved a nearly US$1 trillion economic stimulus plan.

In a sign of how the pandemic has overturned norms, capitalist countries have resorted to measures that they would have in pre-Covid-19 days resisted as socialist intervention. US President Donald Trump, for instance, signed into law a package that included US$1,200 cheques for all but the most affluent American adults.

What about the response from China, the world's second-largest economy and officially a socialist economy?

The Chinese economy has taken a battering from Covid-19 following large-scale shutdowns and quarantine measures to contain the coronavirus outbreak. First-quarter gross domestic product (GDP) contracted 6.8 per cent from a year ago, data from the National Bureau of Statistics of China showed. This contraction marks the first decline since at least 1992, when official quarterly GDP records started.

As the worst of the outbreak is over, Beijing and local governments are pushing vigorously for businesses to resume operations. It will not be easy as the coronavirus is curtailing demand globally for goods and services.

What more can China do to save its economy? What's in the works?

It is likely a clearer game plan will emerge at the annual National People's Congress session, which has been postponed because of the outbreak. Although no new date has been announced for the next sitting, there has been much discussion in policy circles on the steps needed to rescue the economy. For now, we're seeing the outlines of a Chinese version of neo-liberalism, or what some observers have dubbed "GDPism", which is the single-minded pursuit of economic growth regardless of the cost.

There are broadly three prongs or sets of measures to this economic resuscitation effort.

The first is investment in so-called "new infrastructure".

After the 2008 global financial crisis, China kick-started its economy as well as the world's with a 4 trillion yuan spending splurge. The question now is whether Beijing will do so again with a similar or larger spending package.

Indeed, 15 Chinese provinces have announced a list of major projects for the next stage of economic development, starting from fiscal year 2020. From the available figures, the total investment in these projects will come up to nearly 34 trillion yuan (S$6.8 trillion).

But this time the key concept is "new infrastructure". The 2008 spending package funded traditional infrastructure such as highways, bridges and high-speed rail lines across the country. The package led to big construction projects, and steel, glass and cement factories were empowered to meet the new demand.

The second prong of the economic revival plan is to increase the reliance on market mechanisms in factors of production such as labour, land and capital, in order to spur economic growth.

The central government has announced that it will decentralise the power of approval for land use to provincial governments. This would empower the local authorities who have in the past approved projects that are technically illegal, some of which have drawn protests by those affected.

The household registration system is also to be further liberalised to allow rural residents to move freely into small and medium-sized cities.

The moves to ease restraints on land transactions and internal movement of people are both intended to encourage greater urbanisation, which is believed to promote economic growth.

The third prong is to stimulate consumption by issuing vouchers to individual households.

Like many other countries, China has so far focused on helping companies stay afloat and keep paying their workers. But mainstream economists are increasingly recommending that more be done - namely, handing out vouchers to people to stoke spending and thereby keep market demand alive.

Indeed, some local governments have begun to do so. The Hangzhou municipal government has been active in issuing electronic vouchers for people to spend as they wish. The e-vouchers are preferred over direct financial assistance to the general public as officials believe that if the government simply sent cheques to people, they may choose not to spend it immediately, but put the money into their savings accounts, defeating the purpose of generating consumption.

Will these measures be sufficient to save China's economy? The answer is no.

It is understandable that the government is reluctant to have a spending package similar to the 2008 one. The 2008 stimulus blockbuster spawned many problems, such as overheating of the economy, capital inflation, financial market distortions, inefficient expansion of production capacity and soaring housing prices.

Indeed, until today, China is still recovering from its last binge. It has become one of the world's most indebted economies in less than a decade. The debt hidden away on the books of local governments and state-run companies threatens to disrupt the financial system and hold back long-term growth.

Furthermore, traditional infrastructure is oversupplied in most parts of the country. In this sense, it is a good move to invest in new infrastructure. But these new forms of investment are inadequate to the task of rescuing an economy that has trebled in size since the 2008 financial crisis and has become more diverse and more complex.

While the application of new technologies such as 5G will have a positive impact on the economy, the returns will come only in the long term. In other words, these new infrastructural investments do not quite meet the immediate demands of fighting a coronavirus-induced recession.

To promote land transactions by decentralising the approval power from Beijing to provincial governments is even more risky.

Cautionary lessons are easily found in the fallout from Beijing's opening up of three sectors - education during the 1997-1998 Asian financial crisis, housing during the 2008 global financial crisis and healthcare in the mid-1990s. While in theory, market forces are supposed to result in greater efficiency in allocation of resources, the result has been greater inequality and rising costs. Today, the costs of education, housing and healthcare are said to be the "three mountains", imposing such a heavy burden on most Chinese people that the net effect is to restrain consumption on other things.

The worry is that liberalising land use will have dangerous spillover effects. China has about 135 million workers from rural areas who are working in the cities. At present, going back home to work on the family plot remains a fallback option should they lose their city jobs. But giving local governments greater power over land acquisition rights threatens this safety net. For revenue-focused local authorities, what matters is the land, not the people on the land.

The move to spur urbanisation and economic growth by liberalising the household registration system also suffers from a serious drawback - the lack of interest from local governments to provide these migrant workers with social services. Creating more housing alone won't do. And what if there are no jobs to be found in the cities?

This brings us to the risk of large-scale social instability caused by the economic recession.

During the Covid-19 lockdown and its continuing aftermath, the worst hit have been the most vulnerable social groups, such as employees in small and medium-sized enterprises, the self-employed and those who are living under and around the poverty line of US$1.10 a day. While government data shows that employment by large industrial enterprises has stayed steady at about 68 million people, the data doesn't show the impact on small and medium-sized businesses, which account for as much as 80 per cent of the country's urban employment.

Despite the government's efforts to get the economy up and running, at the end of last month about 70 million to 80 million people had not been able to resume work; about 50 million of them were migrant workers from the countryside. In addition, China faces the challenge of creating jobs for about eight million new university graduates each year.

For China today, the biggest challenge is to come up with urgent and appropriate measures for an economy in survival mode, not simply GDPism.

There are measures that China can adopt from capitalist countries, one of which is to give money directly to the people.

Distributing cash can be more effective than giving consumption vouchers. Vouchers have an expiry date; cash does not. Mainstream economists fear that people may not spend the cash, thus defeating the purpose of encouraging consumption. But they are not entirely right to come to this conclusion. What needs doing is to distribute cash the right way - to the most in need, not the rich or comfortable middle class. And even if people do not use the cash and instead put it into their bank, it will serve as a source of stability at least psychologically. China needs to save its society first before it can save its economy.

If the government is able to cushion the blows of the recession with cash handouts and other schemes tailored for the bottom 30 per cent of income earners, then it will have helped to stabilise society. A stable society is a necessary precondition if the economy is to gradually recover.

More important, the government should invest more in what can be called "soft infrastructure" - stronger social safety nets and improvements in social welfare, public health, housing and education will provide China with a stronger, sounder foundation for growth in the post-Covid-19 economy.

Over the decades, while China has grown rapidly into an economic giant, that has come at a great price - in income inequality and other social costs.

Without a sound base of soft infrastructure, the poor will find it impossible to escape the poverty trap and the middle classes lack a solid institutional base. The upshot is that the country will find it difficult to transform itself into a consumption-based economy, which is a key government goal. Time is also not on China's side as it is fast becoming an ageing society before it becomes rich.

• Zheng Yongnian is research professor at the East Asian Institute, National University of Singapore. He is the author of De Facto Federalism In China: Reforms And Dynamics Of Central-Local Relations.

A version of this article appeared in the print edition of The Straits Times on April 28, 2020, with the headline What can China do to save its economy?. Subscribe