Yes, our students aced the global test. But the real value lies beyond rankings - it shows what works and what doesn't in education systems

Singapore students aged 15 years old were ranked No. 1 in maths, science and reading in the 2015 Programme for International Student Assessment (Pisa) test, whose results were released on Tuesday.

Pisa is a prestigious international benchmarking test, dubbed the "World Cup for education", and has been held six times since 2000.

The top score follows good results in the last Pisa test in 2012, when students here were ranked second in mathematics and third in science and reading.

While the results must be gratifying, such global rankings have in fact stirred controversy.

Over the years, Pisa, the triennial study conducted by the Organisation for Economic Cooperation and Development (OECD), has come under attack. Besides queries on the validity of the tests, there have also been accusations of cheating by some countries.

Just two years ago, an open letter was sent to Dr Andreas Schleicher, who oversees the test at OECD, urging him to scrap Pisa. The letter, signed by 120 academics and teachers from a dozen countries, said the tests were imperfect and narrowly focused on economic goals.

"Pisa, with its three-year assessment cycle, has caused a shift of attention to short-term fixes designed to help a country quickly climb the rankings," it said.

Here, however, Ministry of Education (MOE) officials have made it clear that the regular reviews of curriculum and pedagogy - including the current overhaul of the Primary School Leaving Exam (PSLE) - that it undertakes are not done to "game" the Pisa test or any other test.

It is to ensure that Singapore students gain the necessary knowledge and skills to lead a successful and meaningful life, the ministry has said.

A big-picture take on the usefulness of Pisa comes from Dr Schleicher, often referred to as "the World's Schoolmaster". He argues that the test's international comparisons have opened up a perspective to a wider range of policy options.

Underperforming countries have looked beyond their borders for evidence of effective policy, and Pisa, by picking out the characteristics of high-performing systems, has allowed educators to identify those that work and adapt them to local contexts.

By some estimates, half the countries that have taken Pisa tests since they started in 2000 have reformed their education systems in the light of the results.

For one, Pisa has shown that rote-learning and hours of tuition do not work.

The top placings of East Asian nations, including Singapore, were initially attributed by some detractors to rote-learning and the many hours of tuition that Asian students receive outside school hours. 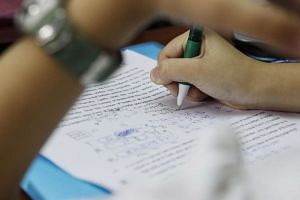 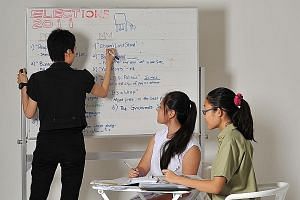 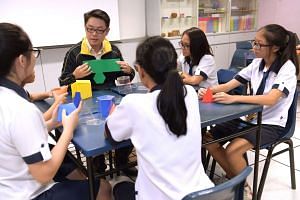 However, Pisa has shown no positive correlation between tuition and performance.

And the charge on rote-learning proves false when one looks at the kind of questions posed in the tests.

Remembering formulas or chunks of content won't do. Pisa's questions require students to use their knowledge and skills to solve problems in unfamiliar contexts.

It's also not about money. Pisa studies comparing student scores with spending per student explain only about less than 20 per cent of the performance variation among countries. Also countries with similar spending achieve very different results.

Pisa results also show that parents sending their children to private schools are wasting their money.

In countries where a substantial proportion of students attend private schools, pupils in public schools score lower in science than students in private schools. But this is not the case once you take into account the socio-economic background of the pupils.

Another useful insight from the Pisa data: computers and classroom technology do not improve student performance.

The study, done last year, found "no appreciable improvements" in reading, mathematics or science in countries that invested heavily in information technology.

In fact, the frequent use of computers in school is more likely to be associated with lower marks,

Of the seven territories that had the highest levels of Internet use in school, three - Australia, New Zealand and Sweden - were found to have "significant declines" in reading performance, while another three - Spain, Norway and Denmark - had results that had "stagnated".

The territories with the lowest levels of Internet use in school - South Korea, Hong Kong and Japan - are among the top performers in international tests.

Similarly, students who reported that computers are not used in maths classes scored the highest in the computer-based maths test.

So, what counts in raising standards?

What six cycles of Pisa data have also shown is that the quality of teachers and the learning environment matter. Also, in top-performing countries, importance is placed on education.

Pisa officials have noted the high expectations that Asian parents and teachers have of their young charges. There is also a strong belief that all children are capable of success and education will help them achieve success.

Students who believe that they can improve their mathematics skills through more practice and effort tend to do better in the subject than students who put it down to innate ability.

As Dr Schleicher told The Straits Times: "Students in North America would tell us that talent counts. If I'm not born a genius in maths, I'd better study something else. But the majority of students in Asian countries such as Singapore would say that it depends on how much time they spend, and how much effort they put in.

"So for them, their achievement depends on how much time and effort they put in, rather than inherited intelligence, which suggests that education and its social context can make a difference in instilling values that foster success in education."

There is another Pisa finding that is significant for Singapore in the light of the debate on PSLE.

Although the MOE has announced changes to the PSLE scoring system to reduce the competition and stress, many have asked if children as young as 12 should be subjected to a high-stakes examination - and one that routes them into different paths in secondary school, at that.

Singapore, despite its high scores, should look to Estonia, Finland and Canada. Many here have suggested routing students into technical or academic paths at age 15 or 16 instead. These countries show that streaming children into academic or vocational streams may work better at a later age.

Pisa has also found that when pupils are diverted from academic tracks at an early age, whether towards a vocational school or a less rigorous stream, it widens the gap between rich and poor children.

Take the Netherlands, for example. Pupils at its vocational schools have results equivalent to about three years less of schooling than their peers at general schools.

As the demands of societies and work change, so too has Pisa to remain useful. And in the future, Pisa is planning on broadening what it measures. This will add to the test's value.

Next year, the OECD will publish the results of an additional 2015 assessment on collaborative problem-solving, and it has drawn up plans for assessing inter-cultural sensitivity in 2018.

Pisa officials say creativity, entrepreneurship and ethical thinking are all under consideration for future cycles.

These are skills which are increasingly demanded by employers.

Pisa, through a questionnaire that it administers along with the tests, has also started looking at social and emotional skills such as perseverance and self-esteem.

These are important measures as research clearly shows that cognitive and socio-emotional skills interact and cross-fertilise to put children on the path to success.

Such measures help to better assess children's current skill sets and their future needs . They also help teachers and parents to adapt their teaching and parenting styles and environments accordingly.

Pisa, like all tests, may have its limitations. But it is called the "World Cup for education" for good reason.