US-China ties: The folly of trading punches in a pandemic 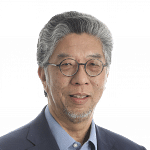 BEIJING • In an apparent extension of an olive branch last week, United States President Donald Trump said he would stop referring to the coronavirus responsible for Covid-19 as the "China virus". A day later, he spoke to his Chinese counterpart Xi Jinping by phone, during which both leaders reportedly pledged cooperation in the fight against the pandemic.

"We are working closely together. Much respect!" Mr Trump tweeted after what he described as a "very good conversation".

Mr Trump's positive remarks belie many unresolved differences. It would be wrong to conclude that the pressures of a pandemic have forced the world's two biggest economies to shift from their collision course.

Consider what else has been happening. Senior officials in the Trump administration have agreed on new measures to restrict the global supply of chips to China's Huawei, according to a Reuters report.

The proposed measures would require foreign companies using US chipmaking equipment to obtain a US licence first before supplying chips to Huawei, the world's largest telecommunications equipment maker. If signed off by President Trump, it would mark yet another turn of the screw against Huawei, already the target of intense US pressure over its export of 5G technology.

Furthermore, even if Mr Trump stops using the "China virus" label, which raises Chinese hackles, it is far from certain that other administration officials and American politicians would stop accusing China of coronavirus cover-ups and other disinformation campaigns.

Last week, US Secretary of State Mike Pompeo tried in vain to persuade his Group of Seven counterparts - Canada, France, Germany, Italy, Japan and Britain - to include the term "Wuhan virus" in a joint statement. (The first coronavirus case surfaced in Wuhan, provincial capital of Hubei in central China, last December. The virus was later named Sars-CoV-2 by the scientific community.)

Not to be outdone, Senator Josh Hawley, a Republican from Missouri, and Representative Elise Stefanik, a Republican from New York, have introduced a bicameral resolution, calling for a "full, international investigation" and demanding that China be held accountable and pay compensation for the pandemic. It does not take a rocket scientist to conclude that China would go ballistic if Congress adopts the resolution.

"The US is easing but at the same time escalating tensions. This is not conducive to building trust," said Mr Lu Xiang, an expert on the US at the Chinese Academy of Social Sciences, a government think-tank. "The upside of cooperation far outweighs any upside of confrontation."

As the contagion spreads and US markets reel in response in an election year, Mr Trump has lashed out at the "fake news media" and China to deflect blame for his handling of the crisis.

More On This Topic
China, US vow to join hands to fight virus

In contrast to Mr Trump, President Xi has refrained from combative responses. "Xi does not want war with the US, but he is not afraid either and will not put up with non-stop bullying," a Communist Party insider told The Straits Times, requesting anonymity.

The so-called "Century of Humiliation" when China was forced to its knees and carved up by Western powers and Japan is ingrained in China's national psyche. President Xi has vowed to make China great again, and today's China craves recognition and respect, but feels misunderstood and wronged more often than not.

The Chinese saying "he who does not offend me, I shall not offend. He who offends me, I shall definitely offend (back)" encapsulates Mr Xi's attitude and mindset, say insiders who have known him for decades.

For now, it would appear that the Chinese leader will let Mr Trump's provocative words slide, preferring to emphasise "mutual respect" and cooperation instead.

Mr Xi's restraint has its limits but as Covid-19 continues to rampage across the world, ravaging economies big and small in its path, engaging Mr Trump in a war of words is not likely to be on his priority list. What matters more is the health of the Chinese economy.

Although China looks to have got over the worst of the outbreak, the pandemic has left its economy weakened. Its recovery depends on a conducive global environment. At this stage, it makes no sense to stoke hostility with its biggest trading partner. As Mr Xi told Mr Trump in their phone call, "fighting would end in both sides being injured".

That said, there remains room enough for others to take up the cudgels and say things the top leaders would not.

In Washington, Mr Pompeo is a vocal critic of China, as are senators Tom Cotton and Marco Rubio.

On the Chinese side, Mr Hu Xijin, editor-in-chief of the nationalist tabloid Global Times, and Foreign Ministry spokesman Zhao Lijian are well known for being aggressive Twitter warriors.

"The US... (has) no efficient way to fight the pandemic and all they can do in the panic is to save themselves by making China a scapegoat," Mr Hu tweeted recently as the US took over China's place as the country with the most number of coronavirus infections.

On his part, Mr Zhao recently caused a stir by floating a conspiracy theory that sick American soldiers might have brought the deadly virus to Wuhan during the Military World Games last October. Although China's Ambassador to the US Cui Tiankai has distanced himself from Mr Zhao's remarks, the difference between the two is more apparent than real.

"Eventually, we must have an answer to where the virus originally came from. But this is the job for the scientists to do, not for diplomats," he said in an interview with Axios.

Mr Cui, like Mr Zhao, is sticking to the line that the virus might not have originated in China, but doing so with greater subtlety and finesse.

Mr Trump prides himself as the master of the counter-punch - anyone who throws a punch at him will get a bigger pummelling from him. Seen in that light, the Chinese are busy counter-punching, taking their battle to change the narrative on social media platforms like Twitter, ironically barred in China.

If conspiracy theories are fair game, then Mr Zhao did not throw the first punch. Senator Cotton did, supporting an early one that the Wuhan outbreak arose from a man-made bioweapon that leaked from a virology institute in Wuhan.

Bilateral ties are arguably at their lowest ebb since the 1989 military crackdown on the Tiananmen pro-democracy protests. Before the virus blame game, both sides were already locked in a mutually damaging trade and tech war. And ties could deteriorate further as the Chinese have grown increasingly less patient with what they see as a concerted attempt to block China's rise, diminish its achievements and demonise it at every opportunity.

More On This Topic
Coronavirus explainers: What you should know to protect yourself
Coronavirus visual guide: Interactive graphics on the pandemic
Coronavirus microsite: Get latest updates, videos and graphics

These sentiments spilled out into the open earlier this month when Beijing revoked the press credentials of 13 China-based American reporters working for The New York Times, The Wall Street Journal and The Washington Post. It came after the US reduced from 160 to 100 the number of Chinese state media journalists working in the US.

It was the harshest move against foreign media in China in decades, but it could have been worse. The Associated Press, Bloomberg, four US television networks, National Public Radio, Newsweek and Forbes magazines, and others were spared.

In a rare joint statement, the publishers of the three newspapers said: "The media is collateral damage in a diplomatic dispute between the Chinese and US governments, threatening to deprive the world of critical information at a perilous moment."

Mr Lu said: "The (Chinese) Foreign Ministry has been relatively restrained. It is now less restrained, driven beyond the limits of forbearance".

The Chinese pushback is in a way not surprising if one took into account various episodes that fed growing suspicion about American motives. For instance, Beijing is convinced the US deliberately bombed the Chinese Embassy in Belgrade in 1999 during Nato operations in the Yugoslav war. Washington asserts it was an accident.

Many Chinese and Hong Kong's first chief executive Tung Chee Hwa see the US as the "black hand" behind months of violent protests in Hong Kong last year. Washington denies this.

While bilateral ties are fraying, a second party source offers a slightly more positive perspective - he likens the current tensions to both sides jabbing each other with needles.

"It's painful, but it won't leave ugly scars," the source said. "It'll be more worrisome when the knives and guns are out due to miscalculations or misunderstanding."

Analysts have noted that if China had truly soured on ties with the US, Chinese billionaire Jack Ma, a co-founder of e-commerce giant Alibaba, would not have been allowed to send 500,000 test kits and one million face masks to "our friends in America" as a goodwill gesture.

There is no getting away from the fact that the US-China contest for dominance will not go away any time soon, and is more likely to escalate in the future. That said, both countries face common challenges such as climate change and pandemics that are bigger existential threats than geopolitical turf battles. To allow their rivalry to blind them to these clear and present dangers is to engage in ultimately self-destructive behaviour.

To put it another way, both rivals would benefit from the lesson from a popular Chinese fable about the snipe and the clam. Locked in a bitter stand-off - the snipe's beak gripped tightly by the clam's shell, each refusing to let go first - both creatures ended up carted off by a passing fisherman for his dinner table.

Tackling S'pore's new Covid-19 wave: 10 ways to keep you and your loved ones safe

askST: Should you wait for new Covid-19 vaccines before taking your booster?

You can get flu and Covid-19 at the same time, say health experts

I proposed to my husband, married in Canada and caught Covid-19 on my honeymoon

A version of this article appeared in the print edition of The Straits Times on March 31, 2020, with the headline US-China ties: The folly of trading punches in a pandemic. Subscribe