The US-China relationship is ending 2016 on its most ominous note in years. President-elect Donald Trump has questioned the "one China" policy that has been the default American position and angered mainland China by taking a congratulatory call from Taiwanese President Tsai Ing-wen.

China has reciprocated with barely veiled aggression, adding visible anti-aircraft systems to the artificial islands it has dredged out of the South China Sea and seizing an underwater American drone from under the nose of a United States warship.

The big question for 2017 is whether the two sides will let the relationship unravel further. Will their cool war become more "war" and less "cool"? Until now, the rival strategic interests of China and the US have been mitigated by shared economic interests. But economic cooperation can quickly end over disagreements on currency and trade - reducing the Sino-American relationship to raw, zero-sum geopolitical competition.

Neither nation's leader can easily avoid this looming conflict; they both face domestic pressure. Mr Trump made campaign commitments to change the dynamic with China, and President Xi Jinping is under pressure to show that his "Chinese dream" is progressing. The most likely outcome is substantial worsening of relations between the world's last superpower and its fastest-rising rival.

Given this longstanding background tension now coming to the fore, what is remarkable about US policy towards China over the past two decades is its moderation.

As China has been transformed from a second-tier power into the major challenger to the political order of the Pacific region, the Bush and Obama administrations have responded cautiously.

The reasons for this moderation have been complex and varied.

Will their cool war become more "war" and less "cool"? Until now, the rival strategic interests of China and the US have been mitigated by shared economic interests. But economic cooperation can quickly end over disagreements on currency and trade - reducing the Sino-American relationship to raw, zero-sum geopolitical competition.

One leading explanation is the view that China's economic growth poses no problem for the US, because rising global wealth is not a zero-sum game. China-US trade was mostly seen in classically liberal, free-trade terms: It made everybody better off by offering low-priced goods to American consumers and jobs for Chinese.

But the main reason for moderation is surely that both President George W. Bush and President Barack Obama judged that there was not much they could do about China's rise and the enhanced negotiating power that comes with it - especially while China remains the single largest non-US holder of Treasury debt.

Militarily, both Mr Bush and Mr Obama maintained the traditional hub-and-spokes security relationship with various Pacific nations, in effect containing China without using that provocative word. Mr Trump sees things very differently. He depicts China's growth as illegitimate, caused by unfair currency policy rather than the export of goods at rock-bottom prices. He is already demonstrating that he believes he can change the negotiating calculus by revisiting the traditionally accommodating US position.

Meanwhile, Mr Trump seems fairly unconcerned about China's regional geopolitical ambitions. On the campaign trail, he criticised the US treaty obligation to defend Japan, and called on Japan to pay more for US troops stationed there. That is a 180-degree turn from the recent US approach. Mr Bush and Mr Obama basically welcomed China's economic growth, but were wary of the nation's increasing military strength. Mr Trump seems suspicious of China's economic progress but unworried about its geopolitical influence. 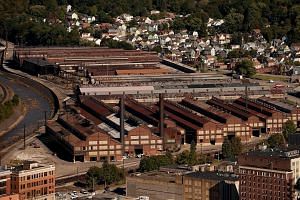 Jobs and the China dilemma among Trump's tests 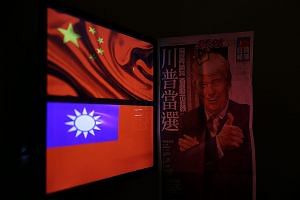 How China will respond depends very much on Mr Xi's perception of his nation's economic and strategic interests - and his own political objectives. China's export-driven economy cannot afford a trade war with the US. Holding vast amounts of US debt is a form of leverage, to be sure; but it also means China cannot afford to push the US into a position where its bonds fall sharply in value. Mr Trump's history of bankruptcy is an extra reason for Chinese caution on this front.

At the same time, Mr Xi has committed himself, and the Chinese Communist Party, to a nationalist domestic strategy. Given the inevitable decline of economic growth in China from its world-historical heights, only nationalism promises to shore up the party's legitimacy.

The nationalist imperative will matter especially to Mr Xi if he decides to try to stay in power longer than 10 years, thus breaking the norm developed by two decade-long cycles of Chinese politics. If he does, he will need a still stronger nationalist rationale to justify the deviation.

Given all this, it is reasonable to expect Mr Xi to show strength against Mr Trump through symbolic military aggressions - like the anti-aircraft batteries in the Spratly Islands and the underwater drone stunt. That plays better with the Chinese domestic audience than economic responses. If that happens, Mr Trump will have to reconsider the question of China's military stance. He could reply with cheap talk. Or he could adopt something like the Obama approach - putting US F-22 fighter jets in Australia.

The danger of military escalation is not small. The danger of economic escalation isn't either. For all the talk about Mr Vladimir Putin and Russia, Mr Trump's presidency may well come to be defined by his relations with China.