Singapore has strong institutions, but needs a strong citizenry to prepare for its future. This requires a peer-to-peer engagement, not top-down management by the Government. 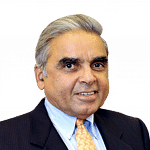 The best way to explain it is to use an analogy from the world of earthquakes. Earthquakes happen rarely. But they do happen. Hence, it is wise for a city like Tokyo, which is in an earthquake zone, to legislate that all buildings should be engineered to be earthquake-proof. They should be able to remain standing even if a major earthquake hits Tokyo. Of course, this makes the cost of buildings in Tokyo much more expensive, but it is a wise investment to make.

Discerning readers of my columns in The Straits Times where I highlight Big Ideas that would help Singapore navigate the next 50 years, would have picked up a rising concern of mine that Singapore's future will be challenging.

Since exceptional performances do not last forever, it will be perfectly normal for Singapore to experience the "normal" stresses and strains of other societies. And if you want to understand what "normal" means, just look at South Korea and Taiwan, Hong Kong and Thailand.

I should quickly add that we have wisely invested in a few stabilisers already.

OUR strong civil service and excellent judiciary, to cite two examples, are powerful stabilisers. The quality of the people who serve in these institutions is remarkable. Hence, in the event of a political crisis, they are likely to perform well. Yet, it is also true that when a "populist" government is elected, it is more than likely to behave irresponsibly and either override or weaken these institutions.

And it would be unwise to rule out the possibility of a "populist" government emerging in Singapore.

It is rational for populations to vote in a government which promises them subsidies, such as the agricultural subsidies in Thailand or the petrol subsidies in Indonesia.

It would also be unwise to assume that this happens only in developing countries. Eminent American scholars have begun to warn that American democracy is becoming dysfunctional.

In the latest issue of Foreign Affairs, Dr Francis Fukuyama, one of America's leading political scientists, has said this: "And while democratic political systems theoretically have self-correcting mechanisms that allow them to reform, they also open themselves up to decay by legitimating the activities of powerful interest groups that can block needed change. This is precisely what has been happening in the United States in recent decades, as many of its political institutions have become increasingly dysfunctional."

STRONG institutions can help. But as populist governments have shown the capacity to use their legislative powers to override institutional checks and balances, the only real safeguard against populist governance is to have an educated citizenry.

We have had a good recent example of how a responsible and well-educated citizenry can behave.

On May 18 this year, the Swiss population was asked to decide whether the Swiss minimum wage should become the highest in the world. I fully expected the Swiss population to vote themselves a pay raise that the government and private sector would have to pay for. Similarly, if a political party were to promise cash subsidies of $10,000 per Singaporean family (paid for by tapping into Singapore's reserves), it is equally probable that the Singapore population would support this.

Fortunately, the Swiss population showed that they were a remarkably wise people. They actually voted against giving themselves an increase in the minimum wage.

This is what we have to do in Singapore: develop an equally wise citizenry that will not fall prey to populist governance. We want a population that will vote against any populist party that promises easy subsidies.

The big question is: how do we develop such a wise citizenry?

The good news is that we are halfway there. Over the years, we have developed an education system that is the envy of other countries in the world. A good education system, by definition, delivers a well-educated population.

That is the good news. But there is also bad news.

The bad news is that a well-educated population requires a different kind of engagement.

Some of the top-down approaches that worked well in the early years of Singapore's governance will not work when dealing with a well-educated population.

Intelligent peer-to-peer engagement is what a well-educated population expects. This is exactly how the Swiss government engages its population. It uses reason and logic to explain to the population why it should not vote itself a pay rise.

For example, Mr Johann Schneider-Ammann, the Swiss Economics Minister, said: "A minimum wage of 4,000 francs (S$5,340) could lead to job cuts and even threaten the existence of smaller companies, notably in retail, catering, agriculture and housekeeping. If jobs are being cut, the weakest suffer most."

To help a well-educated citizenry make well-informed decisions, I would like to propose that we "future-proof" Singapore by creating a treasure trove of well-researched and well-reasoned policy papers on all the major challenges that Singapore will be facing in the next 50 years.

This could be done by government agencies. And they should certainly do this.

However, research shows that the population is more likely to put greater trust in papers produced by non-governmental organisations. For example, the 2014 Edelman Trust Barometer shows that 76 per cent of Singaporeans trust NGOs, while 75 per cent trust the Government. Thus, evidence from both NGOs and the public sector will help to shore up this treasure trove of information.

This is one small contribution that the Lee Kuan Yew School of Public Policy can make.

Armed with four well-established research institutes (the Asia Competitiveness Institute, Centre on Asia and Globalisation, Institute of Policy Studies, and Institute of Water Policy) and a strong faculty (including both academics and practitioners), it is in a strong position to build a treasure trove of public policy papers that a well-educated citizenry can refer to any time a major public policy debate breaks out in Singapore.

The best way to disarm a seductive populist politician is to show data and arguments that will demonstrate the folly of marching down the populist path.

Obviously, the Lee Kuan Yew School cannot do the job alone. It can, at best, play a catalytic role of sparking a process of deep reflection on the future options for Singapore. The hardest point to put across to a population that has enjoyed 50 years of peace and prosperity is that this long record of peace and prosperity is not natural or normal. If it were natural or normal, more nations would have enjoyed Singapore's track record. We do need to prepare our population for "normal" times.

Hence, one of the wisest long-term investments that the business community in Singapore can make is to support the creation of this treasure trove of policy papers to jump-start a process of deep reflection. An investment of 1 per cent of their annual profits would be a tiny cost, but it could result in massive dividends if it protects Singapore from political earthquakes.

The writer is Dean of the Lee Kuan Yew School of Public Policy, NUS, and author of The Great Convergence: Asia, The West, And The Logic Of One World.