There is a need to exempt major arts bodies from licensing requirements, and release more information on controversial cuts 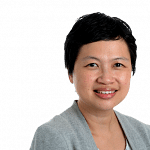 Once upon a time, Singaporeans would speak of flying to London or New York to watch plays, visit museums and get their "cultural fix".

The gap between home and these glittering, faraway cities, however, has narrowed.

In the past five years, Singapore acquired the trappings, and some of the substance of a major Asian cultural city, with rejuvenated arts and film festivals, and numerous art fairs and gallery openings.

Over the same period, however, regulation of film and the arts was spotty and, occasionally, heavy-handed.

As many have observed, while the drop in the ruling People's Action Party's vote share in the 2011 General Election led it swiftly to redress missteps in immigration, housing and other areas of social and economic policy, this shift to the left was not extended to politics and civil society.

I would argue that, based on the mandate received in the recent election, the Government should now look at what else it can do to strengthen its compact with voters, and if it can afford to widen the space for dissenting voices in civil society.

Film and the arts are handled by two ministries - Communications and Information, which oversees the Media Development Authority (MDA) responsible for film promotion and regulating all media; and Culture, Community and Youth, which has a new minister after last week's Cabinet reshuffle.

Both ministries should work together to strengthen the Government's ability to listen to alternative voices on censorship, or risk rolling back the considerable growth of film-makers and artists here.

The power of art is drawn from many things - beauty, the pleasure it gives, its ability to move people but also the incisiveness of what it has to say about life and society.

A clutch of films, performances and exhibitions here delivered all these in recent years, from a thought-provoking touring exhibition of South and South-east Asian contemporary art from New York's Guggenheim Museum - curated by Singaporean June Yap - to a stunning five-hour epic, Hotel, by local theatre company Wild Rice, which nailed the panoramic sweep and subversive textures of Singapore history.

Then, there was the home-grown short film anthology 7 Letters, by turns soulful and clear-eyed about the journey the country has taken, which led author and academic Kishore Mahbubani to give the thumbs up in this newspaper to the MDA for funding it and not being "risk-averse".

In contrast, several regulatory decisions taken by the authorities during this period seemed puzzling at best, and reactionary at worst.

In a climate where books by the country's political exiles and former dissidents can be purchased from bookshops or borrowed from public libraries, the MDA banned award-winning film-maker Tan Pin Pin's documentary feature on political exiles, To Singapore, With Love (2013), while allowing private screenings of it in schools.

The reason given was that Tan's sympathetic portrayal of the exiles allegedly legitimises violence and subversion in politics.

Clearly, the Government was signalling its refusal to tolerate revisionist accounts of political history.

This could also be seen by the National Arts Council's withdrawal, after the book's publication earlier this year, of a publishing grant for Sonny Liew's graphic novel about local history, seen through the satirical lens of a fictional political cartoonist. Never mind that Liew is internationally renowned as a comics artist and that the book, The Art Of Charlie Chan Hock Chye, has received rave reviews.

In another troubling move, the Government granted several key arts institutions autonomy in their operations a few years ago, but then, required them to apply for licences from the MDA for each exhibition or performance staged, which they did not have to do when they were run by statutory boards.

These institutions are the Singapore Art Museum, the National Gallery Singapore, and Arts House Limited, which organises the premier Singapore International Festival of Arts (Sifa).

Like arts groups that have to go through licensing, these organisations face uncertainty over whether new works could be found sensitive, and yanked at the last minute. Indeed, Wild Rice received a licence to perform Hotel three days before the show opened. The sold-out production received an advisory from the MDA for mature content.

There is no doubt that cultural policymakers are serious about promoting film and the arts - this SG50 year has seen a bumper crop of government-funded overseas showcases of Singapore artists in cities such as London, Paris and New York.

However, a situation where local film-makers and artists are maturing and getting international attention, but face unpredictable and shifting "out of bounds" or OB markers at home, could lead to a brain drain.

The departure of just a few influential talents would be costly for a small country.

The MDA's need to backfield decisions on controversial productions to panels of citizens, and, occasionally, the minister may explain the tendency of these productions to get the green light at the eleventh hour, but this creates a lot of instability for artists, organisers and audiences.

Also, the prospect of losing funding or not getting a licence would make artists more cautious about what they put out, breeding self-censorship and the fear of taking risks.

Far better if society could accept that artists do not create work in a vacuum and are simply responding to existing points of view, that films and arts productions are invariably more layered than a knee-jerk social media post, and that audiences are a diverse lot, capable of making up their own minds, and voting with their wallets or chequebooks.

Top of my wishlist of reforms to the regulatory regime for the next five years is that major arts institutions should not have to apply for licences.

Sifa and the two art museums are prestigious institutions with international aspirations that receive public funding but also other forms of sponsorship. Given the high artistic standards they hold, they should be given leeway to take risks creatively.

Second, film and the arts are specialist fields and the Government should take steps to increase the rigour of debate on contentious works by increasing the number of creative industry professionals on the citizen panels that advise the MDA.

While I understand the need for these panels to represent a wide cross-section of society, including different races and religions, raising the representation of creative professionals to, at least, one-third for film, and close to half for the arts - which has less mass appeal than film and covers many art forms and cultural traditions - would make the debate on these panels more informed and insightful.

Finally, MDA should release more information to the public on the deliberations behind controversial productions. Recently, it cut an entire 40-minute sketch, inspired by controversial teen blogger Amos Yee, from the parody show Chestnuts.

In a case which attracted much attention in Singapore, Yee, 16, was found guilty earlier this year,of making remarks intending to hurt the feelings of Christians in a video, and uploading an obscene image.

The only reason given by MDA for the cut was that the show's producer Artsolute had submitted the script late, and hence it "was not able to process a problematic segment and work with Artsolute to address specific content concerns".

Forty minutes is a huge chunk to cut off from a production, and just saying the segment was "problematic" feels opaque, and does not inspire confidence that the authority's decision was a considered one.

On its website, MDA has released a few case studies on the deliberations behind controversial works.

One example is Ken Kwek's film Sex. Violence. Family Values (2012), which was first banned for racially offensive references, but then, was later allowed with edits after it was determined that the film portrayed bigoted individuals in all their unsavouriness but did not in itself promote racism.

In-depth backgrounders like these enlighten artists and the public on how a work of art may be conceived, and the different ways it can be received, and the authority should work towards greater transparency across the board.

In general, any changes to arts and film regulation will have to be introduced very gradually, as most Singaporeans still do not have any issue with the Government being the gatekeeper of morals or the public interest. Some may even expect it, citing the country's multiracial, multi-religious social fabric.

At the end of the day, though, Singaporeans need to take ownership of the differences in their midst, and either learn to debate constructively or agree respectfully to disagree.

Film and the arts can be safe spaces for us to confront ugliness and differences, without which we would be poorer as a society.

A version of this article appeared in the print edition of The Straits Times on October 08, 2015, with the headline Time to review arts regulation. Subscribe