The scary and exciting future of jobs

A new study predicts one-quarter of work activities in Singapore being displaced by 2030. But the Republic is also poised to enjoy higher growth and productivity. 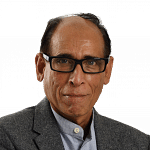 About 24 per cent of work activities in Singapore could be displaced by 2030.

That's what the data shows in a new study by consulting firm McKinsey & Company titled Jobs Lost, Jobs Gained: Workforce Transitions In A Time Of Automation.

Job displacement is nothing new. It's been going on for decades as we have shifted away from labour-intensive manufacturing to higher-value-added activities and services.

We have already begun to witness more recent workforce transitions, in sector after sector.

In transportation, Uber and Grab are disrupting traditional providers of public transport. In retail, e-commerce platforms are displacing retailers. In entertainment, the likes of Netflix are taking on cable TV. In media, Google and Facebook are eating into the business of once-dominant local players. Online booking portals for flights and hotels are killing travel agencies. Applications like WhatsApp and WeChat are disrupting the voice business of telcos. In all of these areas, jobs are changing.

But what we've witnessed is only a foretaste. With technologies like artificial intelligence (AI), robotics, 3-D printing and blockchain having matured beyond adolescence, another wave of disruption is on the way.

In manufacturing, any repetitive task - assembly-line work, for example - is a candidate for robotisation. In China, at Foxconn, which makes the iPhone, robots have already replaced about 60,000 workers and will do 70 per cent of the company's assembly-line work by next year.

The adoption of electric vehicles will disrupt the entire ecosystem that serves internal combustion engine vehicles.

AI - which some of its champions describe as "the new electricity" - is also invading services. Online portals that can provide basic legal advice are already up and running. Consulting firm Deloitte estimates that about 40 per cent of legal jobs will be automated in the next 20 years. Activities in banking, accounting and financial analysis are also ripe for automation.

Medicine is not spared either. There are already platforms offering personalised, AI-driven medical consultations and advice on treatment (check out Babylonhealth.com, for example). AI-powered oncology diagnosis and X-ray interpretation are already more accurate than those provided by human doctors. Robots are even doing some types of surgery.

The McKinsey study - as do many others - recognises that automation will be a creeping process. Just because it is technically feasible doesn't mean it will happen: It will face obstacles such as slow adoption and diffusion, as well as social resistance.

Based on its analysis spanning 46 countries, McKinsey projects that up to one-third of all work activities will be automated by 2030, with a mid-point of 15 per cent. The proportion will vary widely across countries.

It suggests that advanced economies, where wages - and therefore incentives to automate - are higher will be more affected by automation than developing countries. Thus, the mid-points vary from 26 per cent of activities in the case of Japan to 9 per cent in India.

Singapore faces the prospect of 24 per cent of work activities being automated by 2030 because it is a high-wage economy.

The notion that poorer countries will be less affected by automation is contradicted by other studies. For example, a report by the International Labour Organisation in July estimated that 56 per cent of all employment in five Asean countries - Cambodia, Indonesia, the Philippines, Thailand and Vietnam - is at "high risk of displacement" over the next two decades. This is because many of these economies have high levels of labour-intensive manufacturing in areas, such as garments, footwear and electronics assembly, that involve routine and repetitive tasks, which are vulnerable to automation, as well as services, such as retail, which are threatened by the rapid adoption of e-commerce.

However all studies on automation agree that workplaces will be substantially transformed, creating new challenges - as well as opportunities - for workers and governments.

McKinsey points out that globally, if adoption of automation is rapid, as many as 375 million workers (about 14 per cent of the global workforce) will have to shift to new jobs or learn new skills.

While some jobs will be destroyed, new ones will be created, many of which have never existed before.

We have witnessed this too. Big data analysts did not exist a decade ago. Neither did app developers, social media managers, drone operators and Uber drivers.

Examples of emerging jobs that could be big in the future include robot programmers, virtual reality experience designers, remote vehicle operators and blockchain engineers. These and other jobs that we have not yet heard of, and for which existing workers are largely unprepared, would involve retraining on a huge scale, as well as changes in educational systems.

But new jobs will also be created in existing occupations such as healthcare (in response to rising ageing) as well as infrastructure, renewable energy and logistics.

Jobs in other traditional areas could also increase on the back of faster economic growth, partly driven by higher productivity, as automation spreads.

Some studies suggest that Singapore is particularly well placed to benefit from the diffusion of AI and other new technologies. A report by consulting firm Accenture and Frontier Economics earlier this year estimated that Singapore's growth could accelerate from 3.2 per cent currently to 5.4 per cent by 2035, while productivity could rise by 41 per cent over the same period.

Governments can help by investing more in infrastructure and public services, especially education and training - including updating educational systems to cope with the changing demands of workplaces.

Absent such job-creating investments, and if educational and training systems fail to deliver sufficient numbers of rightly skilled workers, income inequalities would widen. Demand for high-wage workers will grow at the same time as job displacement in low-and middle-wage occupations increases, with concomitant declines in wages.

But we can't be sure how it will all pan out. Will new jobs exceed displaced jobs? Will workers be able to adapt to constant demands for new skills and repeated job and career changes? Will small and medium-sized companies - which employ two-thirds of the workforce - embrace automation, or will big companies be the dominant adopters? Will income inequalities widen? We don't know.

Which is why we have to prepare for negative scenarios: more income volatility, high levels of frictional unemployment - the prospect of large numbers of workers being in between jobs for prolonged periods - and jobless growth.

And so, as the so-called fourth industrial revolution unfolds, we have no choice but to expand our social safety nets, including unemployment and health insurance, workers' rights and subsidies for education, training and childcare. Even the radical idea of a universal basic income - a living wage, unconditionally payable to all citizens - should be on the table.

Correction note: This article was updated to show the accurate URL of Babylonhealth.com.

A version of this article appeared in the print edition of The Straits Times on December 06, 2017, with the headline The scary and exciting future of jobs. Subscribe