At first glance, the Philippines' tough-talking President Rodrigo Duterte - nicknamed Duterte Harry after the maverick cop made famous by Clint Eastwood in Dirty Harry - seems to be firing on all cylinders during his first few months in office. Since taking power on June 30, he has decisively launched a bold vision of change at home and an independent foreign policy abroad, leaving insulted institutions and countries and confused pundits and diplomats in his wake.

A closer look suggests a more sobering reality. Though Mr Duterte has hit the ground running on some issues that resonate with his countrymen, in several cases the former mayor of Davao City has governed in ways that not only undermine Philippine interests, but even his own position domestically, regionally and globally. Far too often, Duterte Harry has been shooting himself in the foot.

At home, there is much about Mr Duterte's agenda that seems promising. His 10-point agenda for one of Asia's fastest-growing economies continues prioritising fields like infrastructure while also emphasising previously neglected areas like agriculture, which still employs just under a third of Filipinos.

On the security side, his commitment to resolving twin insurgencies involving Muslim rebels and communists offers Manila another chance to tackle internal problems that have plagued it for decades.

Yet in some areas, Mr Duterte is already beginning to resemble the picture his opponents paint of him as a reckless leader with an authoritarian streak. With the removal of Senator Leila de Lima, one of the most vocal critics of his war on crime and drugs, a campaign which was just chastised for extrajudicial killings and wrongful convictions is now being cast as part of a return to the days of the late dictator Ferdinand Marcos. It does not help that Mr Duterte has supported a hero's burial for Mr Marcos, needlessly reopening a raw wound in Philippine politics.

His fiercest supporters seem unfazed, touting his high popularity ratings. But since Mr Duterte is an outsider challenging the established elites on so many fronts simultaneously, he may very quickly alienate elements of certain bureaucracies or institutions, losing political capital. And while Filipinos may occasionally be willing to try an outsider as a brief respite from the country's dynastic politics - as they did with Mr Joseph Estrada - their leaders have also been impeached, tried, and overthrown if they fall out of favour or try to undermine the country's fragile democracy. If he falters, Mr Duterte too may suffer a similar fate.

Regionally, the Duterte administration has got off to a rough start. In its overzealous efforts to engage China, it downplayed the South China Sea issue within Asean despite a favourable tribunal ruling on a case Manila had itself filed. Where Mr Duterte perceived a new opening to curry favour with Beijing, some seasoned Philippine diplomats saw the erosion of Manila's existing regional influence in the grouping that would be useful to preserve as leverage against China.

Mr Duterte's advisers privately say the President will find his feet. But if he keeps undermining Philippine interests and his own position on multiple fronts... he will lose the political capital necessary to implement the bold reforms promised that got him elected.

More broadly, Mr Duterte's skipping of several meetings during the recent round of Asean summits in Laos this month, irrespective of why he did so, only fanned fears that his administration would not prioritise the grouping. As it is, former Asean secretary-general Surin Pitsuwan has been warning of the rise of new South-east Asian leaders who do not share their predecessors' commitment to regionalism. Mr Duterte thus far has done little to ease suspicions that he fits the bill.

Optimists say he can at least be convinced to use Asean to advance some of his own narrow priorities when the Philippines chairs the grouping next year. But whether or not he can hold his tongue and excel at quiet diplomacy, or realise that undermining rights and freedoms at home undercuts Manila's credibility to play its traditional role as a forward-leaning member on this front within Asean, is another question.

Internationally, amid Mr Duterte's insults at various actors including the United States, the European Union and the United Nations, there have been mutterings of an "independent foreign policy". If by that he means gradually moving the Philippines away from its traditional dependence on the US towards a more independent posture where it adroitly balances major powers, that is a reasonable vision which has long enjoyed support among some at home and even in Washington who are eager to see Manila provide more for its own security and prosperity.

Yet, so far, the administration has failed to articulate how it would pursue this. How would Mr Duterte provide for the Philippines' security if he questions basic acquisitions needed for the modernisation of its military - still among the region's weakest - while also pivoting away from Washington, its traditional security provider? Where does he plan to make up the lost trade and aid from Europe and the US - both leading economic partners - if they begin to respond to his insults with their wallets? 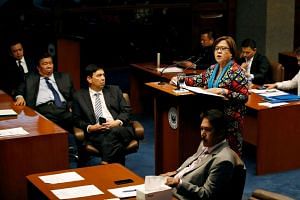 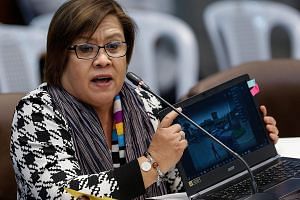 So far, Mr Duterte's approach seems to leave him with few options other than greater dependence on China. That arguably brings with it greater economic, political and security risks, given lingering concerns about Chinese links to corruption from the Gloria Macapagal Arroyo days, its South China Sea assertiveness during the Aquino years, and its tainted image within public opinion even today.

Mr Duterte's advisers privately say the President will find his feet. But if he keeps undermining Philippine interests and his own position on multiple fronts domestically, regionally, and globally, he will lose the political capital necessary to implement the bold reforms promised that got him elected. Worse, if opposition coalesces in the legislature, within the military, or on the streets - as it has far too often in Philippine politics - he could face even more serious challenges to his authority.

Perhaps this early phase of uncertainty will eventually be a blip in Mr Duterte's six-year term once his policies begin to gain steam. But for now, that's far from clear.

Duterte Harry has so far proven to be his own worst enemy, and if he does not tread carefully, to paraphrase Harry Callahan, he may soon not be feeling very lucky.