The older you get, the more productive you are at work

Studies at German carmakers show that with the right tools and environment, older workers get more productive. It is time to redesign jobs in Singapore, from cleaning to food and beverage and services. 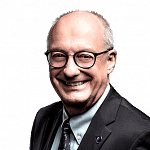 A few months ago, I saw a series of advertisements on buses promoting the recruitment of older workers. The direct message was nice and clear: Older workers can bring a wealth of experience and can therefore be useful to an organisation. But I felt, perhaps wrongly, that there was a subliminal stereotype in these advertisements suggesting that older workers were not productive any more, and that such lowering in productivity had to be compensated by the sometimes- elusive concept of experience.

If that were true, we here in Singapore would be up for unpleasant surprises. While the Government rightly encourages us to enhance productivity in all sectors of the economy, we also know we have a rapidly ageing society. We have fewer babies than in the past and we live longer.

As a consequence, the number of Singapore citizens and permanent residents in the usual working age range of 20 to 64 peaked last year, and the number of citizens above 65 will rise from 440,000 last year to 900,000 by 2030. It is estimated that by 2030, there will be only 2.1 working-age residents for every person above 65, as opposed to more than double that today.

What can we do about it? One option is significant growth in immigration. I don't think that is on the cards. Another option is that we all work longer. I am not sure I like that option personally, but from observing what is happening in other countries with a rapidly ageing population, such as Britain, Germany and Japan, I see that everywhere the real retirement age is rising. In fact, with the exception of Japan, many societies are turning to both options: increasing immigration and working longer.

That is the bad news. Now for the good news.

There is, of course, quite some difference in productivity between members of that older age group, but that is also true for younger workers. To put it scientifically, the variance within each age group is significantly larger than the variance between age groups.

Let me refer to one seminal piece of research (by Axel Boersch-Supan and Matthias Weiss) on an assembly line of the German car manufacturer Mercedes. Such car assembly lines have a fixed pace. So productivity is not measured by speeding up the lines, but by measuring the mistakes that are made, leading to defective cars that need to be reworked, thus reducing the output per day. Measured this way, the productivity per worker at Mercedes went up till the age of 65 - it does not mean it could not go up beyond 65. There were simply no workers older than 65.

Recently, I was in a taxi with an elderly driver who was hard of hearing. At first, I was a bit worried. But he had really organised himself well to communicate with his passengers. He had a little note on the back of the front seat apologising for his hearing problem, and a notebook for the passenger to write down the destination. I noticed he was doubly careful in checking for cars overtaking, and found that he drove very efficiently and safely.

I can already see some of us thinking this does not make sense. We all know that when we age we have growing problems with our eyesight or hearing, we are less able to lift heavy loads and our cardiorespiratory capabilities decline. And yes, I personally also seem to forget a bit more as I grow older. And we may learn less rapidly than a 20-something.

It may be true that what is called fluid intelligence, or your capability to learn abstract concepts and reasoning, may diminish with age.

But your crystallised intelligence, which is based on knowledge acquisition and experience, rises and compensates significantly for that loss of fluid intelligence.

The loss of sensory capabilities (seeing and hearing) can be easily compensated by a better working environment. A bit more light in the workplace can help. Our inability to lift heavy weights can be compensated by having a few more tools.

Once again, I would like to refer to a 10-year-old study at that other German car manufacturer, BMW.

They understood in the early 2000s that with the rapidly rising age of their workforce, they would have to redesign their factories. So they created an assembly line with a group of workers with an average age of 47. The factory's management raised the issue, some managers ran an experiment, but it was the workers themselves who came up with the solutions.

With a mere €40,000 investment in an assembly line, they were able to raise productivity by 7 per cent in one year, equalling the assembly lines staffed by younger workers. Absenteeism was originally at 7 per cent but, after a few years, it dropped to 2 per cent.

What was the trick? A few simple equipment changes, accompanied by changes in work practices. There were new chairs (based on the design for the barber shop chair), magnifying lenses, adjustable worktables, large-handled gripping tools, larger typeface on the computer screens, and wooden floors which are better for our joints. In addition, a physiotherapist developed stretching and strength exercises to make older people more flexible at the start of the working day.

Why do I make this point? First, because I am convinced that Singapore needs to develop an environment that will enable ageing people to remain productive. We need it to remain competitive.

Second, if we do it well we may develop innovative processes and workshop designs that can be sold to other ageing countries. Germany has started with this. Japan is heavily investing in robotisation to support elderly people.

What can we do?

Robotisation might help. But in many cases I am convinced it is gimmicky, and nice to show on a late-night TV show. The reality is much simpler and cheaper. I am convinced that enhancing productivity for the elderly can be stimulated in five ways.

First, let's get over the stereotypes that older people are wiser but less productive. With the right tools and in the right environment, they can be both wiser and more productive. Perhaps we also should change our vocabulary. Let's not talk about ageing. It sounds negative. Let's talk about longevity.

Second, let's research the tools, the environment and the education needed to keep our long-living workforce productive. The BMW case is just one example.

How do we reorganise cleaning, F&B, construction, bus driving, computerised services, libraries, entertainment, you name it, so that it becomes easier for long-living workers to be productive?

For example, at many of our institutions, cleaning is performed by elderly people. But the tools are designed for young people.

I notice at my own organisation that some of the "uncles" and "aunties" have quite cleverly reorganised their tools to make it easier for them to do their cleaning jobs. Perhaps we should listen more to them.

Recently, I was in a taxi with an elderly driver who was hard of hearing. At first, I was a bit worried. But he had really organised himself well to communicate with his passengers. He had a little note on the back of the front seat apologising for his hearing problem, and a notebook for the passenger to write down the destination. I noticed he was doubly careful in checking for cars overtaking, and found that he drove very efficiently and safely.

Third, we need to invest in more flexible working arrangements. Older people may be interested in different lifestyles and work arrangements. They may want to work only part-time because they want to take care of their grandchildren. Or they may wake up earlier and would love to work from 6am till 3pm. And some older women may want to catch up on their career to make up for the time they had lost when they were taking care of their children. They may well want to work more. I am not dictating the right way of organising work. What is needed are more flexible arrangements that fit longer-living employees.

Fourth, let's get rid of the notion that older people cannot learn, or the idea that it is not a good investment to have them learn new skills. They are as capable as anybody else to learn new approaches. They may have a different learning style. Some research in the Nordic countries indicated that retired people were as eager and capable as adolescents to learn how to navigate the Internet and its social networks. They just learnt it in a different way. The value of education and training is not reduced by age.

And, finally, we should not underestimate that elderly people know better the needs and challenges of elderly customers. When a senior citizen goes to a bank, does he or she really want to be advised about investments by a youngish relationship manager? Frankly, I personally prefer to be served by an experienced older cabin crew than by the youthful stewards and stewardesses with scant experience in life that we see so often in the advertisements of our airlines.

A version of this article appeared in the print edition of The Straits Times on May 07, 2016, with the headline The older you get, the more productive you are at work. Subscribe