What does your digital footprint say about you? Not much in my case. When the Facebook scandal broke, a colleague sent me a link to an algorithm created by Cambridge University's Psychometrics Centre that claims to create psycho-demographic profiles from behaviour on Facebook.

The tool, given the mysterious name Apply Magic Sauce, was the original inspiration for the work of Cambridge Analytica, the UK company alleged to have misused data from 50 million Facebook users and helped President Donald Trump win the US election.

Using tens of thousands of volunteers who provided their Facebook likes, demographic profiles and results of psychometric tests, the creators of Apply Magic Sauce developed a model that they say can accurately predict personal attributes, including sexual orientation, ethnicity and levels of intelligence and happiness.

Everything I have read about the model applauds its precision; the authors themselves claim it shows that "people's personalities can be predicted automatically and without involving human social-cognitive skills".

I use Facebook to keep in touch with friends and remind myself of their birthdays, which the social network helpfully flags. I use Twitter for work and to comment on events or articles that I read. None of that should say very much about my personality.

Apply Magic Sauce throws up five big personality traits, some right, others not quite. I am, according to the test, something of a robot who thrives on organisation, and an earnest traditionalist who works steadily towards my goals. 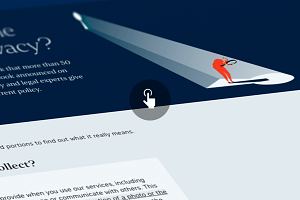 The mess on my desk suggests otherwise. So it strikes me that my digital personality may be an exaggeration of my real personality, more what I would like to be (with the exception of the gender prediction) than what I am.

Maybe I am an aberration. But it could also be the case that these tools that have spurred a lucrative niche industry are more hype than substance.

When a friend whose intelligence I consider to be well above average took the test, she fared no better than I did. She was treated to an offensive message: "People with a similar digital footprint to you tend to have an average level of intelligence. Of course there's still a chance you are smarter than the average person, but merely thinking that you are will unfortunately not change our prediction."

What I am thinking is that these models are not as accurate judges as they pretend to be.

Over the past week, I have been considering breaking up with Facebook, notwithstanding the fact that I doubt its effectiveness in helping Mr Trump's election. The social network clearly has little respect for its users' data and its delayed apology for the Cambridge Analytica controversy rings hollow.

I am in good company: #deleteFacebook is gaining traction on Twitter, and tech personalities like Mr Elon Musk are joining the protest.

Still, I suspect that I will end up sticking with Facebook and that most of its other 2.2 billion users will too, either because they are not as aware of privacy concerns or because privacy is less important to them than the usefulness of the social network.

Outside the Western world, social media platforms can be the only public space where free expression and organisation can take place. As for me, I can live without Facebook but not without WhatsApp or Instagram, both of which are unfortunately also owned by the social network.

In any case, the choice should not be between deleting Facebook or sticking with it. There are ways to protect our data, by opting out of targeted marketing and editing linked apps.

Facebook users should mobilise - but to improve rather than destroy the site. Instead of #deleteFacebook, let us go for #regulateFacebook.

Tech companies have been operating in a Wild West for too long, minting money and growing increasingly arrogant. It is time we, the users, demand policing.