Striking a balance between principle and pragmatism

In this speech on June 21 at the launch of a book of essays by diplomat Bilahari Kausikan titled Singapore Is Not An Island - Views On Singapore Foreign Policy, the writer calls for a balance between scepticism and idealism in foreign policy, and between principle and pragmatism, as Singapore navigates a post-America world order. 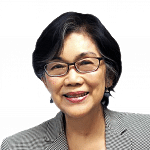 This book, a collection of the speeches and writings the author has given over the years , captures and explains the thinking of Singapore's foreign policy very well. He shows good insight into the dynamics and issues of regional politics and the world issues he selects to comment on, often with a refreshing perspective. As Mr George Yeo, a former foreign minister, said: " You may not always agree with Bilahari, but you cannot dismiss his views lightly." He is one of the best minds the foreign service has produced. The strength of the essays is in the sharpness he brings to tackling the fundamental existential questions of Singapore and the frankness with which he addresses its dilemmas.

I would however argue that not all Singapore's diplomats practise foreign policy with the same degree of cynicism articulated by Bilahari. I know in one of the first essays, Bilahari urges young people to look at uncertainty with a pragmatic scepticism, not cynicism. I agree. But when you are too sceptical, you become an ideological sceptic. Then, the line between the sceptic and the cynic disappears.

The point is, when one is too sceptical or cynical, one can miss opportunities in diplomacy and foreign policy, in business , in life. Realism yes, scepticism yes, cynicism sometimes. Some even cherish idealism. We must know how to channel the idealism.

I will begin by expanding on the inescapable truths that shape Singapore's foreign policy which Bilahari underscores.

Foreign policy begins with working with the reality and origins of independent Singapore: a Chinese-majority state in South-east Asia , in the Malay Archipelago. We were born out of conflict in a region of war - separation, Confrontation and the Vietnam War. For survival in the region, Mr Lee Kuan Yew and the first generation of leaders picked policies deliberately to ensure we would not be seen as a "Third China". We would have been the lightning rod for attack.

Fifty years on, we are in the same location and the realities have not changed. Ethnicity remains an issue in Malaysia and Indonesia, and you can see it resurging in the world. Ethnicity never disappears. It can be dormant, it can wax, and becomes salient when triggered. Ethnic politics is ugly; religious politics is dangerous. There is always the possibility of contagious influence.

Singapore has built a multiracial, multicultural and multilingual society. This multiracialism has been what distinguishes Singapore from other countries. To have three-quarters of the population of one ethnic group and yet have the majority Chinese give up its claims to majoritarianism and accept multiculturalism because Singapore is located in South-east Asia was an act of political genius.

It is not a multiculturalism that just tolerates other ethnic groups, but where each group is accorded equal recognition and status.

Singapore's foreign policy was, and still remains, one of protecting its sovereignty and identity as a small state and a multiracial state. They are goals we cannot take for granted. We have seen at least three spectacular examples in recent memory - Vietnam's invasion of Cambodia, Iraq's invasion of Kuwait and, more recently, the de facto blockades against Qatar by seven countries in the Middle East.

The nature of our state is something we have to keep explaining to others, including China, where at some levels we are referred to as a "Chinese country". And with the increasing influence of Chinese soft power and economic hard power, Singapore will, through its policy, seek to emphasise the Singaporeaness of our identity and sovereignty.

Mr Lee Kuan Yew made a point of it in the early days of nationhood. We are now also making a point of it because of rising China. It is not evidence of unfriendliness. It is simply a reaffirmation of a national identity that is still in the making and our distinctiveness.

Singapore's foreign policy is one based on principles, is pragmatic and consistent.

We must base our foreign policy on principles. That is obvious. We need principles to guide us as we make our way through the complex and, sometimes, treacherous world of international politics.

Our foreign policy is based on the principles of the United Nations Charter and international law and norms, Unclos (UN Convention on the Law of the Sea), the rules of the World Trade Organisation, the rule of law.

It is especially pertinent to small states. We have a sense of what we must do to survive and protect ourselves.

Similarly with consistency. We should not keep repeating we have a consistent foreign policy. I agree with Bilahari when he said in his essay, Seeking Security Through Diplomacy, that: "Consistency is only possible at such a high level of generality as to be practically useless. A foolish consistency can, in fact, be harmful."

This is clearly so with human rights and working with authoritarian regimes. When it is in the strategic interest of the US to work with a country that does not have a good human rights record, they conveniently overlook it.

Our foreign policy over the last 50 years has served us well. We became independent during the Cold War era. We chose to be non-aligned, but pro-West. In the post-Cold War period, like many countries, we had to adjust to the US hegemonic moment and to the Western triumphalist push for democracy and human rights.

You will recall our attempts to push back with Asian values. We welcomed the US security presence and economic presence, but saw the promotion of democracy as a new cultural imperialism. We worked through Asean and other countries in the region to ensure the US stayed in the region and that an emerging China would be integrated into the regional institutions, and, importantly, that the US and China would be able to engage with each other in one forum. I believe everyone in the region, including Australia, New Zealand and Japan, thought this was a good strategic move.

But in the last two decades, the world has changed. When I arrived in Washington in 1996, the US was enjoying its unipolar moment and Americans were full of confidence. I remember I sat in on a strategic futures exercise on the eve of the millennium, run by a Department of Defence think-tank, and we - there were a handful of foreigners - were asked what were the certainties we could think of in the 21st century. We had to type in a line. Many Americans typed in " US will remain the hegemonic power in the 21st century", "America will remain a superpower". And others, "Technology will be king", a few statements on science.

I waited. There was nothing about China. I typed in "China will emerge as a great power in the 21st century". There were a couple of other statements reflecting this thought by the time I finished. But not many.

By the time I left the US in 2012 at the end of my tour, the US had changed from a confident power to one of self-doubt. Bear Stearns had happened, (so had) Lehman Brothers, and America had plunged into a deep recession. There were so many books published on declinism in the US.

I never bought into that thesis. The US is a far more resilient power than that and highly creative. There have also been many periods in history when the US was down and ended up rebounding. Well, today, the US economy has recovered some. The stock market has done exceedingly well, whether it is fully because of the "Trump effect" or not.

China has emerged as a formidable economic power and is the second largest economy in the world. Brexit happened. The election of Mr Donald Trump as President of the US has infused greater unpredictability about US commitment to global leadership.

I believe we are seeing the beginnings of the post-America world. I am not saying the US will not remain a superpower. It will.

But it seems no longer interested in leading the world as it once did during the 20th century. Former US president Barack Obama believed in leading from behind, and the "Syrian red line" showed to be no red line - which disappointed many allies and friends looking to US leadership. President Trump has asserted "America First", rejected globalisation, the TPP (Trans-Pacific Partnership) and the Paris (climate change) Agreement, and has belatedly recommitted the US to Article 5 of the Nato agreement.

Significantly, German Chancellor (Angela)Merkel, in a campaign rally after the Nato summit in May, said: "The times in which we could completely depend on others are, to a certain extent, over."

What is concerning is that we can make sense of the Trump phenomenon if we see him as a culmination of much bigger social and economic trends and that he reflects bigger cultural and social dynamics, as Naomi Klein said in her recent book, No Is Not Enough, on populism in the world.

In a recent lecture, Mr Peter Ho (former head of civil service) spoke of the great disruption that we are seeing today with the rapid advancement in technology, the change in the bases of economies and how borders are breaking down.

I buy into that thesis. What this means is that one must be agile and nimble and think with the times. It may be necessary for us in this new world to re-examine how we do business and the sets of relationships that we have. So, the question is, how do we apply our principles in the new world and do we need to re-examine some of these basic principles?

• Professor Chan Heng Chee is chairman of the Lee Kuan Yew Centre for Innovative Cities at the Singapore University of Technology and Design.

A version of this article appeared in the print edition of The Straits Times on July 03, 2017, with the headline Striking a balance between principle and pragmatism. Subscribe