Hope, love and cheer in the time of coronavirus

Even as daily routines have changed, search for life partner continues for many people 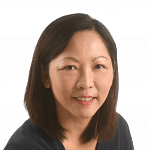 "We made it to this day. Who would have thought," I asked, in my dinner speech last October, after tying the knot with a man I had met online.

Not me, not my sister, nor some of my closest friends - but we got to the church altar somehow, after more than three years of dating. That was only six months ago - we had family and close friends fly in from Asia, Europe and the United States to celebrate - and yet, it is a world away from the life we know now amid the coronavirus pandemic.

But even as daily routines have changed, for many people, the search continues for that significant other despite the new challenges.

Ms Violet Lim, chief executive and co-founder of Lunch Actually, told The New Paper it set up 20 per cent fewer dates in February compared with previous months, and many members have requested their membership be put on hold.

The number of inquiries, however, has increased by about 30 per cent since and continues to rise. It is reportedly the same for GaiGai, another dating agency.

In North America, users of online dating platforms said they have observed an increase in matches. "I've been getting a lot more matches. People want to stay in on dates, rather than go out," a Hinge app user told Vox Media.

Ms Dawoon Kang, founder of dating app Coffee Meets Bagel, said the movement restrictions in place that are preventing people from meeting face to face are an opportunity to "break the same old dating app pattern".

"Many of us are jaded about swiping and texting, doing the same old thing. What if we used this time to be a bit more creative about how we get to know someone?" she said.

Dating app Tinder said users in countries that have been hit hard by the pandemic were more active online last month and also chatting longer.

"The number of daily messages in the US increased by 10 per cent to 15 per cent compared with February," a Tinder spokesman told German broadcaster Deutsche Welle.

In Europe, the number of daily messages in countries such as Italy and Spain rose by up to 25 per cent compared with previous weeks. The length of conversations also increased by 10 per cent to 30 per cent, the spokesman said.

Several people also noticed that some men had become "kinder" online than before - they were more willing to chat longer and in a manner more conducive to meaningful conversations.

It's an interesting change in online behaviour as people are forced to turn to video or voice chats, instead of coffee dates and dinners.

But before allowing yourself to fall in love, a word of caution about dating online.

"When I saw you, I realised that what is between us is nothing more than an illusion," character Fermina Daza said to her love interest in the novel Love In The Time Of Cholera by Colombian writer Gabriel Garcia Marquez.

The young couple had written passionate love letters but were forced to spend time apart in a world before online dating.

It's a reminder of the pitfalls of love in a time of crisis.

But that epic story went beyond that and the main characters eventually ended up together somehow, so take heart - be cautious, be patient and hope for the best. You never know what a chance encounter online might lead to some day.

A bit of escapism to cheer up those working from home: dressing up on a Friday and posting about it on Twitter and Instagram, in a twist to the casual Fridays practice in many companies.

Check out the hashtag #dressupfriday to see how some people put on their office wear or Sunday best after days of working in their pyjamas - a reminder to themselves of the good old days of the BC era, or Before Coronavirus.

Twitter user Vivien @hail2thetealeaf said: "Instead of dress down Friday, which is basically me 24/7 at the moment, I've gone #dressUPFriday. Washed my hair, put makeup on and even chose non elasticated clothing. Ready for my trip down to the bin now, woop!"

British writer Lex Croucher @lexcanroar expressed what many must be thinking: "Participating in #dressupfriday in an attempt to feel something again."

Many on Instagram posted snaps of their favourite dresses and shoes, to keep their spirits up while staying at home.

More On This Topic
Love in the time of coronavirus: Separated by distance, but not in the heart
An ode to lockdown love amid the coronavirus
Coronavirus microsite: Get latest updates, videos and graphics
Coronavirus visual guide: Interactive graphics on the pandemic

User Able Mable, wearing an emerald green outfit, said: "I don't live in a big chateau, but we can all dream. I find this outfit helps distract me from the pile of ironing and household chores."

Martial Rose Library @UniWinLibrary at the University of Winchester also got in on the act, on a day when people in Britain were encouraged to show their support for the National Health Service (NHS) by wearing their uniforms.

The library posted a photo on Twitter of a staff member wearing a Darth Vader mask with a sparkly purple mermaid tail: "With #DressUpFriday and #Dress4NHS both trending today we wanted to take part and show our support. However some people have gone for dressing fancy and some for fancy dress. Unsure what to do our Subject Librarian, Mike, went for a combo of the two!"

Casual Fridays helped boost morale in the office before, and now Dress up Fridays seems to be doing the trick for some who are stuck at home.

A version of this article appeared in the print edition of The Sunday Times on April 05, 2020, with the headline Hope, love and cheer in the time of coronavirus. Subscribe