Among this year's Budget announcements, the planned hike in water prices has stirred the most debate. Yesterday, Minister for the Environment and Water Resources Masagos Zulkifli set out in a speech to Parliament why, after 17 years, a price revision is needed.

In Singapore, water is unlike any other ordinary commodity. We subsidise housing, healthcare, education, but not water consumption.

Water is a strategic issue. It is a national security issue. We must price water fully. Even as we give targeted assistance to households, such as U-Save vouchers to help them pay for their utility bills, we must price water correctly. The consumer must feel the price of water, realise how valuable water is in Singapore, every time he or she turns on the tap, right from the first drop.

Let me take us back to the last time the Government revised the price of water, which was 1997. We had not revised water prices for some time then. Elements in Malaysia were threatening to block our supply of water from Johor. We were embarking on desalination to secure our water supply. We needed to register with Singaporeans the strategic importance of water, and the importance of saving every drop possible.

The Government therefore decided to revise the water price substantially, to reflect water's true scarcity value. If we needed any additional water, where would it come from? How much would that additional litre cost? That is what we call the Long Run Marginal Cost (LRMC). That is the cost which consumers must see.

At that time and even today, the Johor supply was fixed. Local reservoirs had been almost fully developed, maybe except for the Marina Reservoir. Newater was not even invented in 1997. It came later in 2002. Apart from conventional methods of collecting rainwater, the only proven technology then was to produce drinking water through desalination. And desalination was very expensive, at $3 to $3.50 per cubic metre, through the multi-stage flash distillation. This number did not even include cost of pipelines.

There was no way for the Government then to move the water price to the true cost of the next litre - the price of desalination, so it was moved instead in steps, over the period 1997 to 2000, to today's water price. 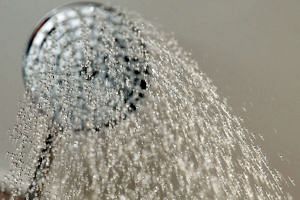 Since then, water technology has progressed steadily. PUB itself invested in R&D. This resulted in Newater, which was much cheaper than desalination.

Desalination technology has improved, from multi-stage flash distillation to membranes today. As a result, we have been able to keep down the cost of water, and to hold water prices unchanged for 17 years. But costs have gone up gradually over the years. At some point, a price revision becomes essential.

Secondly, as we increase the proportion of used water being reclaimed for Newater, effluent becomes more concentrated and more difficult and costly to process.

Thirdly, Singapore is becoming more urbanised, so it is costing us more to build the new and replacement pipes to deliver water.

Here are some figures from our recent expenditures, which will give an indication of how it will be in future. Looking at the first-year price of desalination, for instance, while the first-year price for our first plant, SingSpring desalination plant, was 78 cents/cubic metre (2005), the first-year price of our latest plant at Marina East was $1.08/cubic metre, some 40 per cent increase. For conveyance costs, we now tunnel below the road to lay pipelines. This minimises inconvenience to road users and the public, but it costs 21/2 times as much as conventional pipe-laying techniques. Also as our pipelines age, PUB will have to more than double the rate of renewal for old pipelines from the current 20km per year to 50km per year, to minimise pipe leaks and disruptions.

All these point to the need to update the LRMC, which the 30 per cent price increase has reflected. We are unable to provide details of its computation because of commercial sensitivities. We still need to build more desalination plants and Newater plants. As more desalination, Newater and water reclamation plants are yet to be built or expanded, revealing the specifics of the LRMC could prejudice future bids. But rest assured that the LRMC reflects the best the market can offer.

Mr Pritam Singh asked whether technology is taken into account in the computation of LRMC. My answer is a definite yes - it has always been and it is also the case for this review. Technologically, we have squeezed everything we can from the current water processing technology. It will take several more years to achieve the next breakthrough and bring it to a deployable scale.

I thank members for reminding the House that we have had a serious problem with the depletion of Linggiu Reservoir in recent years. It is not clear if the current situation is due to climate change, but we cannot discount the possibility that such dry weather may persist, and in the future when climate change effects become more pronounced, it will be more severe.

What is clear is that Linggiu is operating today at a level way below what we are comfortable with, and it will take years to build up again to a reliable capacity.

Taking all these together, there is therefore urgency to have our policies, including right pricing, in place so that we can moderate demand by both businesses and households, while also building the infrastructure we need to have a secure water supply.

It is the job of my ministry and PUB to plan and build the infrastructure, which we will do, but it is only through right pricing that we can have everyone valuing water as a strategic resource and consciously conserving it. With the 30 per cent increase that we have announced, the price will be close to, though still slightly lower than, the price of the next drop or LRMC today. This is the best way to emphasise the scarcity value of water.

Members have expressed concerns over the magnitude of 30 per cent. Clearly, this 30 per cent increase has generated a lot of discussion on water. I hope it also raises awareness of scarcity and strategic value where water is concerned. But what does 30 per cent translate to in reality? For businesses, 75 per cent will see an increase of less than $25 per month in water bills. This is less than a dollar a day. Indeed, I am heartened that some businesses have taken this increase in context and have explicitly said that they would not increase prices. For households, the Government has provided additional U-Save rebates. One- and two-room HDB households will not experience any increase on average. For other HDB flat types, monthly water bills will go up by between $2 and $11 per month. Overall, water will still be affordable. It will remain at about 1 per cent of household income. So, that is what the 30 per cent price revision translates to - less than a dollar a day for 75 per cent of our businesses, and still within 1 per cent of household income for water expenses.

Let me conclude. Despite our investments in desalination and Newater plants, the truth is that we are still a water-stressed nation. Singapore was ranked first among countries with the greatest risk of high water stress in 2040, according to the World Resources Institute. It is not a description of what we do, it is a description of who we are. We hope that through right pricing, everyone will cultivate the habit of water saving as part of Singapore's DNA, whether we are a household or business.

Just this morning, I attended a water rationing exercise at Woodgrove Secondary School. Many other schools are participating this year, to raise awareness of the value of water and importance of water conservation among our young.

Even during the prolonged dry spell in 2014, Singapore did not face any serious shortages, because we had Newater and desalination plants. There was no water rationing. But water conservation was something earlier generations of Singaporeans had imbibed. Singaporeans back then knew that every now and then, elements in Malaysia were threatening to turn off our taps.

So they bore with water rationing, supported water-saving campaigns and even paid the cost of cleaning up rivers and their catchment areas.

Indeed, it is because of our obsessive focus on water and the collective determination of the earlier generations of Singaporeans and PUB officers that we were able to manage our water vulnerabilities. If we take this same approach, we will secure our water future for ourselves and our children, and that, I think members will agree, is well worth doing.