While there is concern about the economic costs and strategic implications of being part of China's project, talk of a 'pushback' is overstated

This weekend, defence ministers and senior officials from the region and beyond will be meeting and sharing views at the IISS-Shangri-La Dialogue, a summit that has emerged as an important forum for signalling strategic intent.

The dialogue typically covers traditional security issues (North Korea, maritime security and the like), but this year, an entire special session will be devoted to infrastructure development and its strategic implications - an indirect reference to China's Belt and Road Initiative (BRI). Although Beijing has repeatedly denied that strategic and security motivations drive the BRI, infrastructure development is now front and centre of great power relations and competition.

In devising appropriate policy responses to the BRI, it is critical to understand that the popular narrative of "pushback" is overstated. It is one thing for those concerned about China's growing influence to promote a narrative of countries rejecting the BRI, it is quite another to believe it.

The reality is far more nuanced. In South-east Asia, the BRI is making significant inroads - and this is fast reshaping the region's economic and strategic landscape.

South-east Asia matters. It is a key battleground in the quest for influence between the United States and China, and is also the geographic core of the US' Indo-Pacific strategy, formulated largely as a riposte to China.

For China, South-east Asia lies within the crucial "first island chain" from which it seeks to exclude the US; influence over the countries of South-east Asia thus serves as a buffer against the exercise of US power - a "moat" around China's "castle". 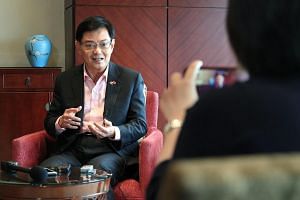 China 'fed up' with US complaints on Belt and Road Initiative

There is no doubt that since the heady days of the first Belt and Road Forum in 2007, the BRI's momentum has slowed somewhat.

Reports of debt traps and countries ceding strategic assets to China have set off alarm bells in the region and beyond. Countries in South-east Asia have variously sought to suspend or negotiate better terms on projects and, in limited cases, to terminate them.

But while they are cautious about the economic costs and strategic implications, none has rejected the initiative outright. All continue to court BRI projects and to seek ways to cooperate. At the second Belt and Road Forum, held in Beijing at the end of April, nine of the nearly 40 heads of state attending were from Asean. (The 10th Asean member, Indonesia, sent its Vice-President as a close election kept President Joko Widodo at home.)

The openness to BRI projects is nowhere clearer than among China's close political allies Cambodia and Laos, which have welcomed easy Chinese money, notwithstanding a Centre for Global Development report finding that this puts Cambodia under "particular risk of debt distress". But it is also apparent in many other South-east Asian countries, where the true fight for influence between the US and China lies.

Kuala Lumpur reviewed the US$15.8 billion (S$22 billion) East Coast Rail Link, but eventually proceeded with it after negotiating the price down by about a third in April. Dr Mahathir has made clear that he is not in principle opposed to the initiative, but that projects must benefit both countries. He was the first leader to confirm attendance at China's second Belt and Road Forum, where he expressed full support for the BRI.

The Philippines, a US ally, continues to seek Chinese investment, despite issuing occasional fighting words over the South China Sea. In early April, President Rodrigo Duterte colourfully threatened a "suicide mission" in the South China Sea, but by the time of the Belt and Road Forum at the end of the month, was playing down differences and pushing Beijing to execute "high-quality and good impact projects" agreed during President Xi Jinping's visit to Manila last November. China has emphasised the complementarity of the BRI with Mr Duterte's Build, Build, Build programme.

Thailand, another US ally, is at the heart of a key BRI project: a pan-Asian railway network to improve connectivity between southern China and South-east Asia. The project to link Bangkok and the north-eastern province of Nakhon Ratchasima had been dogged by disagreements with China over design, funding and technical assistance, but Thailand's Cabinet nonetheless approved it in July 2017 and construction commenced in December of that year.

Thailand can ill afford to turn its back on China, particularly given diplomatic strains with Western powers over a military coup in 2014 which brought a military government into power. China has successfully dovetailed the BRI with Thailand's Eastern Economic Corridor project to develop Thailand's Eastern Seaboard.

Like Thailand, Myanmar needs China. The November 2015 elections in Myanmar, which ushered the leader of the opposition National League for Democracy, Aung San Suu Kyi, into power, was expected to improve relations with the West and allow the country greater breathing space vis-a-vis China, a country it had leaned on during decades of military rule.

But criticism - particularly from the West but also from fellow Asean members Indonesia and Malaysia - of its treatment of the Rohingya has meant that Naypyitaw has had to keep its economic and strategic options open. Myanmar has a pressing need for infrastructure development - the Asian Infrastructure Development Bank warns that lack of infrastructure services is a "major constraint" in Myanmar's development.

Vietnam is, among the countries of South-east Asia, possibly the wariest of the BRI, given its difficult history and relationship with China and the ongoing South China Sea dispute, which has only added to Vietnam's deep distrust of its powerful neighbour.

Protests broke out in several Vietnamese cities against Special Economic Zones that some feared would favour Chinese investors in mid-2018. But Vietnam's economic dependence on and interconnectedness with China has meant broad support of the initiative, particularly for infrastructure under the country's "Two Corridors, One Economic Circle" framework. In practice, communist party elites have allowed smaller projects to be suspended in response to grassroots objections, but have forged ahead with bigger ones.

Indonesia has actively pursued BRI opportunities. President Joko, who recently won a second term in office, is keen to incorporate funding from China into his vision to transform Indonesia into a "global maritime axis". In April last year, Indonesia and China signed contracts worth US$23.3 billion under the BRI. Although Jakarta postponed the Jakarta-Bandung rail project because of concerns over affordability and land acquisition, construction eventually began last June. Even criticism of Chinese-funded infrastructure projects by the main opposition party during this year's general election did not squelch the enthusiasm of Mr Joko's administration for BRI projects. At the end of March, Coordinating Maritime Affairs Minister Luhut Pandjaitan proposed projects worth US$91 billion to Chinese investors.

Wealthy South-east Asian countries Brunei and Singapore have also opened their doors to the BRI. Brunei signed a memorandum of understanding on BRI cooperation last November. Oil reserves, on which most of the country's wealth depends, will run out in two decades and Brunei has had to diversify its sources of income. Brunei and China are already cooperating on several joint ventures.

Singapore, the wealthiest South-east Asian country when ranked by GDP per capita, has relatively low infrastructure needs. However, it has scrambled to ensure that the BRI does not sideline the city-state economically. It also hopes to leverage on its strengths to provide professional, legal and financial services for BRI infrastructure projects.

The BRI has the potential to do tremendous good in a region with urgent and extensive infrastructure needs. There are dangers as well. Critics, notably US Vice-President Mike Pence, have sounded the alarm about China's "debt-trap diplomacy", but this in a sense misses the point.

The openness to BRI projects is nowhere clearer than among China's close political allies Cambodia and Laos, which have welcomed easy Chinese money... But it is also apparent in many other South-east Asian countries, where the true fight for influence between the US and China lies.

The ceding of strategic assets, as occurred in Sri Lanka, is problematic, but increased economic engagement with China increases its strategic influence and clout, regardless of whether countries default on loans.

Such clout can be used for good or ill, but if past is prologue, Beijing's actions in the East and South China seas, its turning of the screw on Taiwan, its influence operations and its disregard for human rights in Xinjiang and elsewhere paint a worrying picture.

Though many projects have not materialised, the BRI has reinforced the economic momentum in China's favour that is shifting the sands in the region's strategic landscape.

Many will be looking for signs at this weekend's defence summit that the US understands that the battle is to be fought and won not just in the seas, air, space and cyberspace, but also in recognising and concretely supporting countries' aspirations for greater development and growth.

• Dr Lynn Kuok is a visiting scholar at Yale Law School's Paul Tsai China Centre, a senior research fellow at the University of Cambridge and an associate fellow at the International Institute for Strategic Studies. She is one of the authors of the 2019 IISS Asia-Pacific Regional Security Assessment.