Patient care goes beyond a prescription 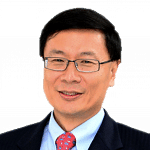 Earlier this year I attended an international medical conference in the Swedish city of Gothenburg, centred on the issue of providing quality care to patients. In one packed session, the speaker was a family physician from Canada. He started with an Indian proverb: "Tell me a fact, and I'll learn. Tell me a truth, and I'll believe, but tell me a story and it will live in my heart forever."

The story he proceeded to tell was about a man called Greg Price who lived in the Canadian province of Alberta.

Greg was an athletic professional engineer who, during a routine physical examination, was found to have a suspicious lump near his testicles. The doctor instructed him to either return for another assessment should he experience any changes or to reschedule another check-up in a year's time.

A year on, Greg returned to the same clinic, and the doctor decided that he should be referred to a general surgeon for further assessment - the earliest appointment available was three months away. In the meantime, Greg developed a severe back pain and saw another doctor who ordered a number of tests that detected a large mass in his abdomen. An urgent abdominal CT scan was ordered but it was three weeks before it was done.

Receiving no news of his CT scan results, Greg phoned the clinic and was told that the doctor was no longer working there. He was duly seen by another doctor who referred him to a urologist for surgery.

Another week passed and hearing no news, Greg contacted the clinic and was told to check with the urologist's office himself. He phoned and received a recorded message telling him that the urologist was away for an extended period of time. Greg then contacted the previous clinic and an appointment was made with another urologist. He did finally have his operation to remove the cancerous testicle. Two days after his discharge from hospital, he developed a painful swelling in his legs. As that was just before a weekend, the surgeon was not contactable.

His family took him to the emergency department and Greg was sent home after an assessment. Shortly after, he collapsed at home and could not be resuscitated.

The swelling in his legs was due to deep vein thrombosis where a clot had formed in a leg vein. This was likely to be a post-surgical complication and is often lethal when a piece of that clot breaks off into the bloodstream and blocks one of the big blood vessels in the lungs - which was what had happened to Greg.

He was 31 years old when he died that day.

In his time of need, Greg found himself bereft of good medical care despite having seen multiple doctors, and there was no single attending doctor who had the full picture. Greg's father said that his son's premature death was because of the "multiple gaps and failures in the so-called system of healthcare in Alberta" which is a publicly funded, universally accessible health system that spends more money per capita than any other in Canada.

And as the speaker on that day had cautioned, it can easily happen elsewhere.

Countless studies have documented the role of healthcare organisations in what is known as the "failure to rescue" where an organisation or a system fails to prevent patient deaths due to avoidable events.

Psychology professor James Reason, who has done much seminal work in human and organisational errors, put forth what he calls the "Swiss Cheese Model". He likened a system to a stack of slices of Swiss cheese where the holes present opportunities for an error; each subsequent slice, however, is a "defensive layer" in the process. The genesis of an error may allow a problem to pass through a hole in one layer, but it would be stopped in the next layer if the holes are in different places.

For an error to emerge and manifest itself, the holes in all the layers would have to be aligned in a straight line - as in the medical horror story of Greg who fell through the holes unchecked.

Given our very human limitations, foibles and failings such as forgetfulness, inattention, fecklessness, carelessness and laziness, we should be leery of depending on humans to do the right thing at the right time all the time. This is particularly so in complex systems like healthcare with its sheer volume of information that comes at speed, where things are in a constant flux, and where there is often not a lot of time to make critical decisions.

"Error experts, therefore, believe that it's the process, not the individuals in it, that requires closer examination and correction... In a sense, they want to industrialise medicine," notes surgeon and writer Atul Gawande, who is uneasy about this. The emphasis on system and process re-engineering, however necessary, might have the unintended consequence of diluting personal responsibility and setting aside personal accountability.

Greg received piecemeal medical care; when he walked out of the doctors' clinics, it was as if he had walked out of their jurisdictions and that their tasks were done, and his yet-to-be- resolved clinical problems were someone else's concern. The patient-doctor relationship - if it could even be called that - was transitory and transactional.

Professor of medicine Jerome Groopman of Harvard Medical School recounts in his book, How Doctors Think, that he was once taken aback by the apparently unreasonable and selfish demand of the mother of one of his patients who told him to take care of her son like he was the only person in his practice. But it dawned on him that she was asking for his mind to be entirely on his case as the attending doctor.

Given our very human limitations, foibles and failings such as forgetfulness, inattention, fecklessness, carelessness and laziness, we should be leery of depending on humans to do the right thing at the right time all the time. This is particularly so in complex systems like healthcare with its sheer volume of information that comes at speed, where things are in a constant flux, and where there is often not a lot of time to make critical decisions.

And certainly as a patient, that's what I want my doctors to do, especially if I had multiple medical problems which, in Singapore's parcelled and hyper-specialised healthcare system, are likely to be handled by different specialists in different places.

I would want my doctors to take responsibility for my care, and not only when seeing me in their clinics, but also in between visits, when necessary. I would want one of them to be overall in charge and to coordinate my care among the various doctors, and respond to my urgent requests and medical needs. That is the ideal but, as a doctor, I know this is often not the case; and in the care of my own patients, I know I fall woefully short of that ideal and sometimes it is not because of faults in the system - it's just me.

In healthcare we talk a great deal about "person-centred care"; one of the underpinning principles is the provision of coordinated care and support. This is particularly tricky when a patient goes from one doctor to another, or transits from one type of service to another. To prevent patients from falling through the cracks, there must, of course, be a robust system with good processes, and checks and balances. But just as crucial are individuals in the system who have in them what Gawande calls that "formidable virtue", which is that "fierce ethic of personal responsibility" for those patients under their care.

A version of this article appeared in the print edition of The Straits Times on September 20, 2016, with the headline Patient care goes beyond a prescription. Subscribe