Why the slow transition to a productivity-led growth model? The cost structure acts as a handbrake and needs lowering. 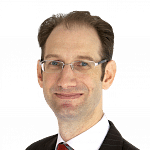 There was positive economic news in Singapore last week, with better than expected GDP growth data for the year to December 2016 - at 2.0 per cent - supported by strengthening export growth. Relative to the outlook early last year, the situation is appreciably better.

And yet the Singapore economy faces a challenging outlook. The international environment is particularly uncertain at the moment, with rising concerns about protectionism and big power politics. And domestically, Singapore is in the process of transitioning towards a productivity-led growth model with lower inflows of foreign labour.

Indeed, Singapore's growth has been relatively sluggish over the past few years. The International Monetary Fund reports that Singapore's GDP growth has averaged about 3.5 per cent since 2011 and is forecast to average about 2.5 per cent in the years to 2021. The Ministry of Trade and Industry reports that Singapore's labour productivity has been roughly flat since 2011, although labour productivity growth picked up to around 1 per cent in 2015. The official forecast is for 1 to 3 per cent GDP growth next year.

It was in this context that the Committee on the Future Economy (CFE) report was released a couple of weeks ago. This report contained several strategies to strengthen Singapore's economic performance, and was supported by yesterday's Budget announcements. A GDP growth target of 2 to 3 per cent over the next decade was suggested.

Implicit in the CFE report is a recognition that seven years on from the release of the Economic Strategies Committee report in January 2010 - which specified a productivity growth target of 2 to 3 per cent - the transformation of the Singapore economy towards a productivity-rich growth model remains a work in progress. There is little evidence of a sustained, meaningful improvement in productivity growth.

So what is contributing to the slow progress towards achieving the aspiration?

One reason is the challenging global economic context. The relatively weak global and regional growth in the post-crisis period has weighed heavily on Singapore's growth performance. And there are particular risks to the outlook for globalisation, the foundation of Singapore's economic success.

In addition, factors such as new sources of international competition, changing air and sea routes, as well as new technologies and business models, all create new challenges and opportunities for Singapore. Singapore needs to continue to be responsive to these changes in order to perform.

These international challenges are not unique to Singapore. Across the small-economy group, GDP growth has been markedly lower in the post-crisis period, with sluggish export growth a contributing factor. Productivity growth has also been in decline across the developed world, suggesting some systemic factors at play. As one of the world's most open economies, Singapore is particularly exposed to these external factors. Economic transformation is more demanding in a sluggish external environment.

However, these international factors are an incomplete explanation for the slow transition. For one thing, policy initiatives such as the restrictions on foreign labour have created important new incentives for Singapore firms to make labour productivity- enhancing investments. And Singapore's starting point, with labour productivity at around 75 per cent of the advanced-economy average, suggests room for substantial improvement.

One way of thinking about this is a Singapore version of "Dutch Disease", in which one part of the economy becomes so successful that it weakens the competitive position of other sectors. This is because the successful sector places upward economy-wide pressure on wages, costs and the exchange rate. In Singapore, as with some other FDI (foreign direct investment)-intensive economies, the MNC (multinational corporation)-heavy sectors are highly productive, and have correspondingly higher wage and cost structures. This attracts resources from elsewhere in the economy, and raises the cost structure for other Singapore firms relative to their levels of productivity.

This is felt keenly by Singapore firms in internationally oriented sectors that have lower average levels of productivity than the large MNCs. The high cost structures faced by these firms make scaling up entrepreneurial and innovative activity into international markets more challenging. This has contributed to the observed difficulties with growing new global champions from Singapore.

Over the past several years, there have been many initiatives and actions designed to raise productivity - from restrictions on foreign labour to human capital upgrading, significant investments in research and innovation, as well as sector-specific plans to raise productivity. And the CFE strategies included an increased focus on internationalisation by Singapore firms.

These various initiatives are a good response to many of the emerging challenges and opportunities facing Singapore. But the structural characteristics are acting as a partial handbrake on significant forward progress. Without a focus on these structural constraints, it will be difficult for Singapore to deliver the targeted economic transformation.

MNCs will - and should - remain an important part of the Singapore economy: They make a substantial contribution to jobs, exports and national income. But now that Singapore is at the income frontier, this approach needs to be balanced with a much stronger focus on domestic strengths in order to drive sustained productivity growth.

Of course, this is an area of policy attention already. But the scale of the challenge means that similar levels of aggression and creativity need to be applied to building positions of competitive strength in the Singapore economy as have been applied to position Singapore to attract economic activity over the past decades.

The economic policy debate should focus on these structural, economy-wide questions as much as on the specifics of various policy initiatives.

Such policy debates have occurred in other small advanced economies with dominant, successful sectors, from Ireland to Norway to New Zealand, as well as those that have developed unsustainable cost structures after periods of economic success, such as Finland and Denmark. In response, aggressive structural reform agendas have often been implemented to address cost structures, invest in new areas of strength, increase competitive intensity, and so on.

It is no small matter to transition to a new growth model, particularly when the growth model of the past few decades has been so demonstrably successful. Developing new productivity engines in the Singapore economy will take time and resources. But without such a pivot, the economic transformation may remain elusive.

•The writer is director at Landfall Strategy Group, a Singapore-based economic research and advisory firm.

A version of this article appeared in the print edition of The Straits Times on February 21, 2017, with the headline On Singapore's economic pivot. Subscribe