On Saturday, The Straits Times published an article by diplomat Kishore Mahbubani, Qatar: Big Lessons From A Small Country, in which he said the experience of Qatar reminds Singapore of the need for small states to behave like small states, and to cherish regional and international institutions. For example, he said small states should exercise discretion, that "we should be very restrained in commenting on matters involving great powers". He added: "When I hear some of our official representatives say that we should take a 'consistent and principled' stand on geopolitical issues, I am tempted to remind them that consistency and principle are important, but cannot be the only traits that define our diplomacy. And there is a season for everything. The best time to speak up for our principles is not necessarily in the heat of a row between bigger powers." He also wrote: "A small state needs to be truly Machiavellian in international affairs. Being ethical and principled are important in diplomacy. We should be viewed as credible and trustworthy negotiators. But it is an undeniable 'hard truth' of geopolitics that sometimes, principle and ethics must take a back seat to the pragmatic path of prudence." The article sparked much discussion online. Here are three responses to the article from academics.

I am responding to Bilahari Kausikan, an Ambassador-at-Large at the Ministry of Foreign Affairs.

I find Bilahari's reply exaggerated and unnecessary. There is nothing "flawed" or "dangerous" about what Kishore had to say.

Kishore stated that small states should not behave as if they are big states. He pointed out we will not have another Lee Kuan Yew any time soon. His key point was to be mindful not to overextend our capacity as a small nation. There was nothing wrong or disrespectful about this line of thinking.

What bothers me is the way Bilahari had to misconstrue what Kishore had to say, by taking his arguments out of context. This was not about friendship that he claims to have with Kishore or an intellectual argument that he was trying to put forth. It was about the need to exercise judgment in a public setting. 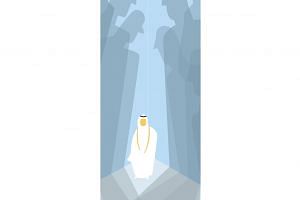 Singapore cannot be cowed by size

Bilahari's response felt like an irrelevant knee-jerk reaction. He tried to argue that Kishore had changed course on how Singapore should not "punch above our weight". He also suggested that Kishore advocates "subordination as a norm of Singapore foreign policy". Both of Bilahari's assertions are wrong and misleading.

Kishore made this point in the context that more prudence is required of small states when it comes to geopolitical calculations. He referred to LKY as a leader who doesn't behave like a leader of a big country, and gained respect from other world leaders because of his foresight and leadership in bringing Singapore to where it is today. I do not see any problems with that.

Kishore used in his article, as an example, the miscalculations of Qatar by participating in a joint bombing mission with the US and other Arab states because such actions would bring about more negative implications to Qatar, as a small state, as compared to those of Saudi Arabia and the United Arab Emirates. Here, Kishore's claim is reasonable and well justified.

As a Singaporean, I don't want our country to be engulfed in large-scale battles that require enormous resources because we can't afford to do so as a small country. This is common sense.

In his article, Kishore emphasised the need for small countries like Singapore to exercise discretion concerning matters that involve great powers. He did not steer his arguments to say that Singapore should lay low and not stand up to larger countries. As dean of the Lee Kuan Yew School of Public Policy, it is his job to give useful examples and state lessons learnt in public policy. This article was no exception.

Unfortunately, Bilahari went on to exaggerate the matter by pulling in irrelevant examples of how Singapore survived in a separate context. For example, he cited an example that former foreign minister George Yeo "stared back" at an Asean event after Yang Jiechi said that China is a big country, which is a fact. What Bilahari meant was that George Yeo stood up for Singapore by staring back whereas Kishore had no intention to stand up for Singapore because of his stated views. This is a weak argument.

All Kishore was trying to prove is that small countries shouldn't make unnecessary moves to survive and thrive in a globalised environment. He merely pointed out that it is difficult to replicate what LKY did because he is a great leader. But Bilahari tried to relate Kishore's arguments to LKY as if Kishore had denounced LKY in the first place. This is the part that was deemed unnecessary.

I am disappointed that Bilahari, as our Ambassador-at-Large, someone whom I still respect, had to criticise Kishore publicly and even attacked his credibility using LKY as a reference point. Given his long years of experience in foreign affairs, he should perhaps suggest ways on how Singapore can become more competitive in current times.

A version of this article appeared in the print edition of The Straits Times on July 03, 2017, with the headline 'Nothing 'flawed' or 'dangerous' in Kishore's article'. Subscribe
Topics:
More
Whatsapp Linkedin FB Messenger Telegram Reddit WeChat Pinterest Print Purchase Article Copy permalink