Senior Counsel Siraj Omar and Harpreet Singh have published Opinion pieces in The Straits Times (May 1) on the Protection from Online Falsehoods and Manipulation Bill.

Three Nominated Members of Parliament have filed a Notice of Amendment in Parliament, with an explanatory note.

I have read all these pieces.

Both SCs and the three NMPs make some key points. They :

• Accept the need for the Bill.

• Accept that the Government needs to deal with the serious problem of online falsehoods.

• Accept that the Government needs to have the power to move quickly to deal with the problem.

• Accept that the Executive will have to make the decisions first.

Courts can thereafter review that decision if the decision is challenged.

These are central points, the heart, of the Bill.

Senior Counsel Omar also makes a very important point: The Bill gives less powers than the Government already has, under existing legislation, and at the same time, the Bill gives greater oversight to the courts.

Mr Singh makes the point that what is fact and what is opinion could be unclear. He has also set out some views on the definition of "public interest" in the Bill.

Mr Singh discussed the matter with me. I explained to him why the definitions in the Bill were the most workable, and that they were based on existing jurisprudence. I also told him that if he can come up with better definitions on the two aspects, I will be happy to consider them.

We have since also spoken with Mr Singh. Mr Singh explained that his Op Ed acknowledged the need for wide definitions of "fact" and "public interest" to address the risks posed to the national interest. 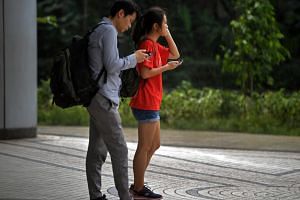 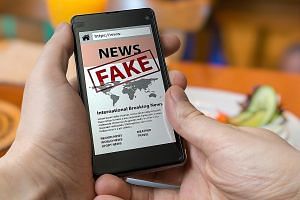 The approach taken in the Bill is consistent with the current law. Opinion is different from fact. The courts recognise that. The Bill relies on that jurisprudence. And it has been made clear by the Government that the definition of fact in the Bill will not include opinion, and will be restated during the debate in Parliament.

The three NMPs (in their explanatory note), and Mr Omar, recognise that it will be unwise to try and change the definitions of "fact" and "public interest" in the Bill.

Mr Singh and the three NMPs suggest that the Bill recognise the need for proportionality, in respect of directions to be issued under the Bill. As Mr Omar points out, the Bill already builds in the concept of proportionality.

Mr Omar and the three NMPs have suggested that, in terms of timeliness and cost, applications to courts be made fast and inexpensive.

The three NMPs suggest that a minister, when giving directions, be required to give his reasons, as to why a statement of fact is false. The Government intends to do this. It will be prescribed in law (through regulations).

The NMPs have proposed some amendments to the Bill, based on their suggestions. As will be seen from the above, in principle, there is no substantial disagreement on their proposals - between what they have set out (referred to above), what the Bill provides, and what the Government intends to prescribe further. There may be differences as to what level of detail should be prescribed in legislation, and what should be in primary legislation as opposed to subsidiary legislation.

In addition, the NMPs have made two other suggestions.

Those of the principles which are accepted by the Government during the second reading of the Bill in Parliament will be legally relevant for future interpretation of the legislation.

The NMPs have also suggested that Parliament should be kept informed of the state of online falsehoods in Singapore through a new body to be set up - there is a question as to whether this is the most appropriate way.

These and the other points will be dealt with in Parliament, during the debate.

The NMPs' position, in terms of the substantive aspects of the Bill, are similar to the Government's position. The very few differences on the proposed directions regime and remedies are mainly in matters of process.

A version of this article appeared in the print edition of The Straits Times on May 03, 2019, with the headline 'NMPs agree on major points of Falsehoods Bill'. Subscribe
Topics:
More
Whatsapp Linkedin FB Messenger Telegram Reddit WeChat Pinterest Print Purchase Article Copy permalink