Myanmar's moves against Rohingya a get-out campaign, not genocide 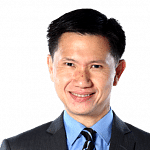 When it comes to the Rohingya crisis in the northern-most region of Myanmar's western-most Rakhine state (formerly Arakan), global public opinion has always been a foregone conclusion. It has depicted the crisis in binary fashion, with destitute and helpless Rohingya Muslims cast as victims of Myanmar's predominantly Buddhist army and government, the latter led by Aung San Suu Kyi.

That more than half a million Rohingya Muslims have been driven out of their homes and displaced into makeshift shanty camps inside Bangladesh along the border with Myanmar is not in doubt. At the same time, perception is not always the same as reality and, in this case, intractable dilemmas need to be teased out for a more balanced perspective.

The many images and reports from various sources make it plain that mass persecution of Muslims in Rakhine state has taken place, but whether or not that amounts to a systematic "genocide" and "ethnic cleansing" by Myanmar's army (locally called the Tatmadaw) is a different matter. The politics that lies behind these measures against Rakhine's Rohingya appear geared more towards "expulsion" and "exclusion" than "extermination" and "extinction". It is a "get out" campaign rather than "genocide". If the Tatmadaw's "clearance operations" after Aug 25 had been aimed at genocide and ethnic cleansing, the persecuted Muslims would have been kept inside for the kill rather than kicked out of the country and kept out.

Moreover, the Tatmadaw's heavy-handed and disproportionate campaign of violence and torching of Rohingya villages, abetted by local Rakhine Buddhists, was initially a reaction to the Arakan Rohingya Salvation Army's (Arsa's) coordinated attacks against 30 police outposts and an army base on Aug 25, one day after the respected Kofi Annan-led Advisory Commission on Rakhine state announced its recommendations on various issues, including citizenship, communal dialogue, basic security and safety, freedom of movement and bilateral cooperation with Bangladesh.

Coalescing in mid-2016 from Harakah al-Yaqin (or "Faith Movement"), and led by Ata Ullah, a Rohingya who was born in Pakistan but grew up in Saudi Arabia, Arsa deliberately provoked the Tatmadaw into overreacting in order to alienate Muslims and gain recruits to its separatist cause. Prior to its Aug 25 attacks, Arsa's first salvo took place in October last year under similar circumstances but on a smaller scale. This time, the confrontation may have reached a point of no return. Arsa now has the full-blown insurgency it wants, with support from Pakistani and Middle Eastern sources and an ample pool of recruits from disaffected young Rohingya Muslims who have no prospect of a better life in northern Rakhine's hilly shacks and poverty-stricken towns.

The Tatmadaw, however, got the pretext it needed to systematically drive out Rohingya Muslims, who are not recognised under Myanmar's 1982 Citizenship Law as one of the country's 135 ethnic minorities. The majority of Myanmar's population are of Burmese (locally called Bamar) ethnicity but its ethnic minorities comprise more than a third of the country's 53-million population, led by the Shans and the Karens. Rakhine state itself has 3.2 million, 52 per cent of whom are Buddhist and 43 per cent Muslim, with Christians, Hindus and others making up the rest. But in the northern Rakhine towns of Maungdaw, Buthidaung and Rathedaung, the Muslims number 950,000, according to the 2014 national census and the United Nations. Of these, more than 80 per cent are Muslims with large families, and most of them have now been forced out.

Prior to the latest outbreak of violence between Rohingya Muslims, Rakhine Buddhists and the Tatmadaw, periodic bouts of comparable turmoil and bloodshed took place in 1978 and 1992, with the communal violence in 2012 sowing the seeds of Arsa. The Rakhine crisis is deep-seated and attributable to the British conquest of India that eventually led to three victorious wars over the Burmese from 1824 onwards, and the subjugation of Burma as a province of British India from 1885 to 1937.

For more than a century, the British brought in workers of different faiths into Burma from India (which subsequently split into Pakistan, India and East Pakistan/Bangladesh). Many South Asian migrants had also trickled into Burma on their own in search of better lives. Among them were Muslim newcomers who mixed with the Muslims who had been in Burma from before as a result of maritime and overland commerce.

The pre-1824 Muslims had integrated into Burmese society. Not so the Muslims who arrived after. It is the descendants of those newer Muslim migrants from Britain's expansion into and direct rule over Burma that are at the crux of today's challenge. Myanmar people, not just Barma but also other ethnic minorities, see these later Muslim arrivals as having come mostly from what is today Bangladesh. These post-1824 Muslims are thus considered bogus dwellers and "interlopers" in Rakhine, having trespassed and refusing to go back to where they came from. Many Burmese unsurprisingly label them "Bengali", as they are seen as deriving from Chittagong and elsewhere in Bangladesh.

In turn, these Muslims rallied for their own identity and autonomy. The term "Rohingya" thus sprung up in the 1950s as an ethnic construct in search of identity and recognition. "Rohingya" as an ethnic term was stipulated in written records for the first time in 1963. Other names in contention at the time included "Ruhangya" and "Roewhengya", based on the oral understanding of "Rwangya".

What will happen now is that many thousands of Rohingya Muslims may not be coming back to Myanmar and will form a long-term refugee population in limbo on the Myanmar-Bangladesh border where tensions and human rights violations will persist, with a grinding humanitarian crisis that rolls on indefinitely. In turn, the Tatmadaw may rebalance the northern Rakhine population by bringing in Barma and/or Rakhine Buddhists to reduce the Muslim majority there.

When she spoke on Sept 19, after more than three weeks of silence, what Ms Suu Kyi unwittingly implied about "verification" and the right of return is that many Rohingya Muslims are not likely to be allowed back because they lack identity papers, as they belong to an unrecognised ethnic minority group of Myanmar. As a result, global condemnation of "The Lady" is unlikely to let up. Yet Ms Suu Kyi is stuck between a rock and a hard place. After five decades of military dictatorship, including 21 years when she was mostly under house arrest in Yangon, she has ushered in a fragile democracy with the elections of November 2015.

But this democratic achievement was premised on a compromise with the Tatmadaw, headed by Senior General Min Aung Hlaing. As the army vehemently rejects the Rohingyas, and is backed by widespread popular support in doing so, maintaining a civil-military compromise on the matter so as to keep democracy on track is the trade-off Ms Suu Kyi has to make. Sticking up for the Rohingyas would undermine her support base, alienate the Tatmadaw and potentially derail the semblance of democratic rule.

For there to be a way forward, it would have to be based on a regional approach built on the back of upgraded Myanmar-Bangladesh ties.

Asean has proved ineffectual - and even divided - on the Rohingya case. Malaysia recently disavowed a statement issued by the Philippines, the current Asean chair, on the Rakhine situation. While its role is indispensable in mitigating the Rohingya crisis, Bangladesh is not part of Asean. Five countries are key, namely Myanmar, Bangladesh, Malaysia, Thailand and Indonesia.

In recent years, thousands of Rohingyas have risked their lives by crossing the seas in rickety boats in search of jobs, with many heading to Malaysia's plantations and transiting through Thailand for supplies. Indonesia, the world's largest Muslim-majority country, wants to show compassion and leadership on the Rohingya front.

Third-country settlements can play a small but significant part. Finally, the recommendations of the Kofi Annan-led commission provide the most comprehensive solution going forward. A new committee led by Ms Suu Kyi set up to implement these recommendations, is a step in the right direction.

The Rohingya crisis is structurally intractable, a piece of historical baggage for which there is no effective redress. The crisis can be mitigated but not solved. There is certainly a lot that is wrong about the Rohingya plight, as global headlines will keep portraying. But, lest we forget, there is also still so much right about Myanmar today - after its decades of going nowhere.

A version of this article appeared in the print edition of The Straits Times on October 14, 2017, with the headline Myanmar's moves against Rohingya a get-out campaign, not genocide. Subscribe