It has been over a week since Joseph Schooling won Singapore's first Olympic gold, yet the 21-year-old swimmer continues to be the talk of the town.

Almost everyone I meet has had a question about the golden boy. What are Joseph and his family like? Is he really such a good boy? He's such a nice, handsome young man, remarked a family member at a gathering over the weekend.

In fact, the demand for more Schooling news is so high that Joseph's parents, Colin and May, are scheduled to face an international media scrum at a press conference they are holding today.

The senior Schoolings were also invited to the National Day Rally on Sunday where Prime Minister Lee Hsien Loong paid tribute to their son and other Team Singapore athletes. This followed a week in which there was an outpouring of support from corporate Singapore. From airlines to banks, everyone offered the champion their congratulations.

Having covered sport for over 13 years, it is refreshing and heartening to see local sport and athletes being elevated to the national conversation.

Yet, the sceptic in me wonders how long this will last. Having witnessed the excitement over one sporting achievement after another dissipate after the initial euphoria, I reckon that Schooling fever will be months, at best.

Asean football titles, Olympic medals, and last year's record SEA Games medal haul came and went. Soon after each achievement, as always, sport returned to its traditional place in the shadows of the Singapore way of life.

Let's face it: We may now have an Olympic gold, but we are far from being a sporting nation where sport is a priority.

A Straits Times article last week highlighted how Schooling's Olympic win had inspired at least two parents to allow their children to pursue their sporting ambitions.

While laudable, those parents remain a small minority. Most parents and teachers would still rather push their kids in studies than into a swimming pool or onto a football pitch.

Just last month, the ST sports desk approached the principal of a secondary school which had won its first-ever football title. We wanted to do a feature on the team and the school and celebrate their momentous achievement.

But the principal turned down the interview request, citing the students' need to concentrate on the upcoming examinations.

While I understand her concern about her students' academic future, I was disappointed she saw no value in an interview - one hour at most - celebrating the achievements of her student-athletes.

At a time when the Ministry of Education has been advocating the benefits of broad-based, holistic education, I was puzzled why she passed up the chance to highlight her school's sporting feat.

But if one were to analyse the wider approach to sport in Singapore, the principal's reaction is perhaps not surprising.

For a start, Singaporeans were fortunate to have been able to watch Schooling's historic 100m butterfly final on Aug 13 and witness how Majulah Singapura played at the Olympics. Because, only weeks earlier, it wasn't even clear if Singapore would get live telecast of the Games.

The national broadcaster had at first decided that there would be no live coverage because of cost. That decision was eventually overturned, but the question begging to be answered is how Singapore could have been willing to allow a potentially monumental event in its history pass it by.

In negotiating for the rights to broadcast the Olympics, the Government had maintained that the decision to show the Games live or not should be a commercial one. 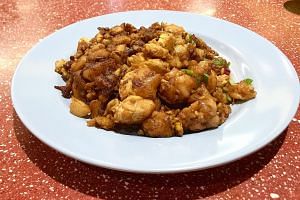 I agree and do not think the state should enter into negotiations with the rights holders. But, as the events of the past few weeks have shown, there is much national value in seeing our brightest athletes take on the world's best. 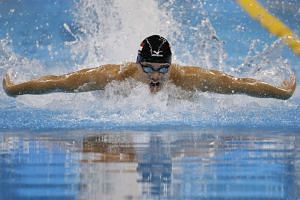 And if we recognise that there is value in events like the Olympics, then the Government must find a way to work with the national broadcaster to ensure that, barring an astronomical rights fee, watching Team Singapore competing live is something Singaporeans should be able to expect.

This tentative approach to supporting sport was also evident in the absence of viewing parties for the Schooling race. The Singapore Swimming Association had one, as did the Chinese Swimming Club and Singapore Island Country Club, but what was strangely missing were public events where the community could gather and watch.

It is especially strange given that public viewing parties were done for Euro 2016 football matches but not for an event featuring a Singaporean - what's more, one who was fancied to win Olympic gold. There is nothing quite like watching sport as part of a community and an opportunity was lost with Schooling's win.

LEGACY OF THE GOLD

If this lukewarm approach to sport is what we're okay with as a nation then the status quo is fine.

But if we intend for Schooling's Olympic medal to mean something more to this nation, to really be the game-changer for Singapore sport that it should be, then the traditional Singapore approach to sport and sportsmen needs to change, now.

For a start, funding models for athletes could be relooked.

Funding for sport has grown steadily over the years, rising from $8 million annually in 1994 to over $62 million, when the then Singapore Sports Council, now Sport Singapore, last released numbers in 2012 on how much government help national sports associations get.

The model has also changed, from one that looked at annual needs to one that is more of a multi-year approach, which can better help athletes plan long-term. These days, there is also help from other programmes like the Sports Excellence Scholarship, which promises $40 million funding, up to 2018, for the nation's elite athletes.

Despite the added financial support, athletes aiming to be world-class find the going tough.

The lack of world-class competition at home means almost all elite athletes spend much of their time training and competing overseas. Such stints require a sizable investment, one perhaps the Government should not be solely responsible for.

In mature sports markets like the United States, Britain and even nearby Thailand, it is not uncommon to see athletes on billboards and on television endorsing products. There is much commercial value in backing a sportsman - they are often fit, dedicated and successful. Yet few see such value in Singapore's athletes - at least not until they have won Olympic gold.

There is a lot corporate Singapore can do for athletes, especially fringe ones that may not quite fit into national programmes.

Rower Saiyidah Aisyah, for example, struggled to get the state funding she needed to mount a serious Olympic challenge. It was in part due to mediocre performances at the 2014 Asian Games, where she failed to win a medal, and at last year's SEA Games, at home, where she failed to match her 2013 gold.

She resorted to crowdfunding and also found kind sponsors in fast-food chain 4 Fingers Crispy Chicken and eventually made it to Rio, finishing 23rd out of 32 rowers.

Perhaps the $1 million reward for Olympic gold should also be relooked. It was started to entice athletes to reach the very top.

Now that Singapore has an Olympic champion, and other athletes in swimming, sailing, shooting and table tennis with potential to also be world beaters, could the money be better spent helping them get to the top?

As an Olympic gold medallist once remarked upon hearing about Singapore's $1 million reward: "It's like telling a driver that he will get a can of petrol after he completes his journey. Good to have, but much more helpful if it came sooner."

But perhaps the biggest impact Schooling's gold can have for Singapore is to change the mindset of not just the Government and corporates but Singaporeans.

A national coach recently remarked that even parents of national junior athletes prefer their kids take a break from training during examination period. Are we prepared to see studies and sport as equally important components?

Will we now be more willing to pick up sport ourselves or let our kids pursue sport instead of pushing them to be doctors, lawyers and bankers?

Will we spend this Sunday outdoors with the family kicking a ball instead of at the shopping mall?

Will we give our support to athletes and back them at national championships and not just during the Olympics?

These are questions we have to ask ourselves as a nation. Because unless we change our mindsets about sport, how can we expect others to?

Only we can decide what to make of this historic Olympic gold.