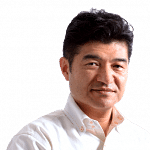 The Soryu-class is the largest diesel-engine submarine in the world, equipped with the cutting-edge air-independent propulsion system which enables it to remain submerged for weeks rather than days.

If Australia decides to use the Soryu-class submarines, it will be a win-win-win deal in which Japan can sell its products, Australia can acquire the world's best non-nuclear submarines, and the two countries' navies will become highly interoperable.

Australia can also save money. The Soryu-class subs cost about A$600 million (S$667 million) each, or "less than half the price of an Australian-made alternative", according to news.com.au.

Some observers are surprised at the recent development and wonder why Japan is now willing to sell its most advanced and highly sensitive military equipment after decades of absence from the international arms market. In fact, it was only in April that Tokyo made a historic decision to lift the self-imposed ban on arms exports and on Japan's participation in international joint weapons development programmes.

The policy change was brought about by at least three major considerations. First, Japan could no longer afford extremely expensive domestically produced weapons and equipment. For Japanese arms producers, Japan's Self-Defence Forces (SDF) was the only customer, but the amount of major equipment that the SDF procured had dropped dramatically since the end of the Cold War. Despite all the investment on research and development, they could sell only a small number of products, driving the weapons' unit cost up.

For example, a Japanese Type-90 main battle tank costs US$7 million (S$9.1 million), almost twice as expensive as an M1A1 - its US equivalent, which costs US$4.3 million. An F-2 fighter, co-developed with the US but for Japan's use only, costs US$111 million as compared with an US F-15 fighter with a price tag of US$27 million. A Type-89 rifle costs US$3,000 while a US M-4 carbine costs a much more affordable US$240. This is not something that a country with a massive general government gross debt can continue to afford.

For example, the fifth-generation F-35 fighter was co-developed by the United States, Britain, the Netherlands, Italy and five other partners; and the Eurofighter Typhoon by Germany, Britain, Italy and Spain.

One of the most important challenges of multinational weapons development is to find the least common denominators of diverse and sometimes contradicting requirements. Countries must work hard to have their ideas reflected in the new product. When Japan made a decision to purchase F-35s in 2011, it deeply regretted its failure to participate in the project from the beginning.

Finally, the lifting of the ban on arms exports has made it possible for Japan to promote international peace by providing military equipment to the forces operating under United Nations auspices, for example.

There are also challenges. Maintaining credible oversight and control over possible transfer of weapon systems or components produced or co-produced by Japan to third parties is not easy. When Turkey requested that Japan contribute engines and transmissions to its tank project, Turkey's interest in selling the end products to third parties prevented Japan's participation.

Keeping some of the most sensitive and secretive elements of defence technologies and know-how away from potential rivals and even friends is another challenge. In September, Australian opposition party leader Bill Shorten criticised the Australian government's consideration of cooperating with Japan on submarines and said: "We've had the Japanese experts come out here, look at what Australia is doing and take our good ideas home." There are commentators on the Japanese side, too, who caution against sharing Japan's most sensitive technologies with Australia.

Finally, it is not clear whether Japanese arms producers will be able to compete with their foreign rivals. The size of the defence industry in Japan is not big, with an output of about US$14 billion. According to the Stockholm International Peace Research Institute (Sipri), sales of arms and military services by the world's 100 largest defence-related enterprises (outside China) totalled US$395 billion in 2012.

While extensive mergers and acquisitions were taking place in the US and Europe after the end of the Cold War, the Japanese defence sector remained protected and isolated.

As a result, even the largest arms producers devote only a fraction of their efforts to defence-related production in Japan, limiting their competitiveness.

Only 8.9 per cent of the Mitsubishi Heavy Industries' revenue comes from defence-related production, small compared with Lockheed Martin's 78 per cent and BAE Systems' 95 per cent.

It is certainly fortunate that Japan's SDF has no combat experience. But that makes people wonder whether Japanese weapons and equipment will function properly in real combat situations. Defects in machine guns produced by Sumitomo Heavy Industries have been covered up for four decades, which would not have happened in other countries.

Potential customers, particularly those who are asked to fight in the field, would definitely prefer US, British, French, German or Russian weapons to the Japanese alternatives if they have similar specifications and price tags.

According to Sipri, the US and Russia dominated the world's weapons market with shares of 29 per cent and 27 per cent respectively, followed by Germany (7 per cent), China (6 per cent), France (5 per cent), and Britain (4 per cent) from 2009 to last year. Japan's venture to break into the ranks has just begun.

The writer is professor at the National Graduate Institute for Policy Studies in Tokyo, where he is director of the Security and International Studies Programme.