When I was in primary school, Wednesday night was tuition night. It was the night I dreaded the most.

The Chinese tutor was a nice enough lady. She didn't scold me when I got my ting xie (spelling) wrong. She wore big, squarish spectacles, which made her look harmless. She occasionally brought White Rabbit sweets, which were as good a bribe as any.

No, the dread came from having to spend two hours from 7.30pm to 9.30pm doing worksheets and assessment books on a language that I struggled to understand.

In hindsight, all of that would have been worth it if I had scored an A for Chinese in my Primary School Leaving Examination.

I didn't. I scored a C, which, compared with my peers, was more or less a fail.

In secondary school, tuition became less dreadful. I took extra classes for additional mathematics and elementary mathematics, together with a couple of friends. We would head to the tutor's house and she would make tea and prepare chocolate biscuits for us while she drilled us on trigonometry, probability and algebra. It was fun because the three of us would push one another on and, after class, we would hang around downstairs at the void deck to have a kick-about.

But the warm fuzzy memories about mathematics tuition could also be because I actually did well for my exams: I scored A1s for both subjects at the O-level examination.

So when my wife told me that we should have Chinese tuition for our daughter, who is in Primary 1 this year, I hesitated. I didn't like the idea of putting my daughter through what I experienced, especially the horrible bits.

I've also always held the opinion that children should be allowed to play and enjoy their childhood, rather than having to sit at the study table mugging in order to get top grades. They should also be allowed to struggle on their own, and without having anyone spoon-feed them the answers, because that is part of the learning (I struggled and still struggle in Chinese, which is why I appreciate Chinese a lot more today.).

On top of that, I'm not convinced that tuition helped me do better. I stopped tuition after Primary 6 and continued to do poorly.

I scored C6 for Chinese during my O and AO levels. But I did it on my own, without a tutor.

Post-secondary, I scored an A for my mathematics 'C' at the A levels - without a tutor.

The survey by The Straits Times and Nexus Link showed that most parents want their children's grades to improve with tuition - but only a minority saw that tuition actually helped.

If it doesn't help, why do parents do it? Some say it is because of peer pressure, others put it down to insecurity.

For us, and I suspect for many other parents out there, a more practical reason exists.

We just don't have the time to sit down and help our daughter with her school work. And in today's education system, parents have to be involved because of the sheer volume of work and the rising difficulty of the subjects that are taught in school.

Our daughter has to wake up at 5.30am every morning to catch the school bus at 6.10am. So she has to be in bed by 8.30pm - or she becomes a little screaming, crying monster in the morning.

When we get home, there's barely time for dinner, a bath and some snatched moments of family time, before she's off to bed. 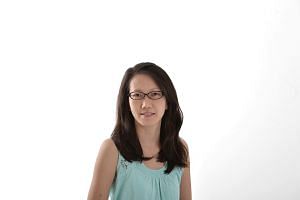 Is tuition necessary? Yes, to avoid being left behind

Homework? The only time that my daughter can do it is in the afternoon with my mother, who helps her with mathematics and English. But it is her Chinese that needs the most help. My daughter tries very hard but she speaks Mandarin with a distinct accent - unfortunately the English and not the Beijing variety. So, after a lot of hesitation and discussion, we decided that we would send her to a Chinese tuition class next year. 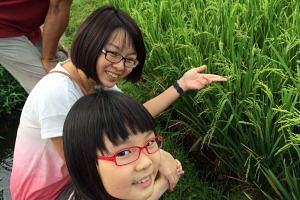 Is tuition necessary? No, but how long can we hold out?

Call it a moment of weakness but there can be some merit to having extra classes to help.

But we decided to set some rules. If classes are boring and dreary and make her start to dislike Chinese, we will take her out.

As parents, we have to constantly remind ourselves: What is the point of an education? Is it to merely chase grades? Or to learn about the world?

Keeping this in mind, a balance has to be sought. If tuition can help our daughter learn Chinese better, then it is a boon.

If getting tuition turns into a mindless race for grades, then I'd rather she struggle on her own. Even if she gets Cs.

We just don't have the time to sit down and help our daughter with her school work. And in today's education system, parents have to be involved because of the sheer volume of work and the rising difficulty of the subjects taught in school.