The threat of foreign influence infiltrating Singapore came into the limelight following the publication of the report "A Preliminary Survey of CCP Influence Operations in Singapore" by the Jamestown Foundation, which is a Washington-based research institute. The report finds that the Chinese Communist Party (CCP) exploits cultural and business associations, media, and all people of Chinese ethnicity in Singapore as proxies to influence Singapore's society and politics.

This expose came five months after the Singapore Government highlighted the need to bolster the nation's defences against foreign influence. Other nations are doing the same. For example, Australia passed the Foreign Influence Transparency Scheme Act last December. The United States has the Foreign Agents Registration Act (Fara), which was enacted in 1938 to counter pro-Nazi influence in the lead-up to World War II; recently, Washington has stepped up Fara enforcement.

As foreign influence can affect ordinary people outside the political and policymaking echelons, it is important to uncover the mystique that surrounds this threat. Singaporeans constitute an important line of defence as foreign influence targets a nation through its society's hearts and minds.

Historically, foreign influence is not a new threat to Singapore and the region, but it takes new forms to suit the prevailing socio-economic landscape and geopolitical winds of change. For example, the past interference of colonial powers in the internal affairs of East Asian polities to gain control over trade and territory was an early form of this threat.

During the Cold War, the newspaper Nanyang Siang Pau in 1971 was found to be a proxy for the spread of pro-communist propaganda in Singapore. In 1988, a US diplomat here was found to be cultivating Singaporeans "as proxies to influence domestic politics".

Foreign influence peaks during periods of heightened rivalries between nations with competing geopolitical goals. It is a tool of diplomacy that functions in coordination with other tools of power - information, military and economy - used by any state actor to shape an international environment favourable to its interests. For China, foreign influence perhaps lives by Sun Tzu's famous dictum "to subdue the enemy without fighting is the acme of skill".

Foreign influence becomes a serious problem when it seeks to divide the affected nation's society and subvert its institutions as a means to an end. The problem worsens when foreign influence cultivates a fifth column - individuals who knowingly or unknowingly aid a foreign power to interfere in their nation's affairs from the inside.

Following the recent expose, China refuted the report that it undertakes influence operations in Singapore to subliminally pressure the nation to pick sides in the China-US geopolitical rivalry. This response highlights a key feature of foreign influence operations by any state actor: Such operations happen under a cloak of ambiguity in which denial and deniability are central to its strategy and methods.

While Singapore must guard against foreign influence, its society must not overreact to the extent of succumbing to prejudices and casting suspicion on Singaporeans and foreign residents on the basis of their race, religion, age, and/or nationality. An overreaction to the threat can potentially harm social cohesion by opening the Pandora's box of racism, xenophobia and ageism. This is a problem that some Australians and Americans of Chinese ethnicity are facing. 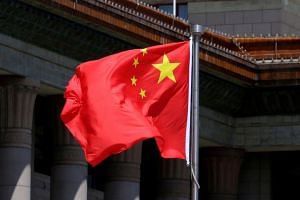 Chinese embassy responds to report on influence operations in Singapore

As a multicultural nation, Singapore must never get to the point where some of its citizens are asked or made to wonder if they are Singaporean enough. As a cosmopolitan society and global city, Singapore must not allow anti-foreigner sentiments to become entrenched or close itself to the global market that was key to the nation's transition from Third World to First.

As a greying society that is making significant moves to help older Singaporeans age gracefully and stay active, Singapore must not overreact to the Jamestown Report's generalisation that older Chinese Singaporeans "have a stronger affinity for China" and are more susceptible to Chinese nationalism.

Regardless of race, older-generation Singaporeans - the Merdeka Generation and Pioneer Generation - have given their collective blood, sweat and tears to build the nation. In general, the older generations exemplify the value that "We are Singaporeans first".

National defence and social cohesion are strengths that were cultivated in Singapore's nation-building experience. Nevertheless, the nation must be cognisant that hostile foreign influence aims to chip away at these strengths so that Singaporeans are not psychologically and emotionally free from external forces, although the homeland is territorially sovereign. Singapore was never spared and would never be spared from machinations arising from geopolitical rivalries. That is the hard truth.

Although Singapore currently has the Political Donations Act and Internal Security Act to deter foreign interference, new legislative tools may be necessary to address new forms of hostile foreign influence that, by nature, are duplicitous and elusive. These tools would function in tandem with other security measures to keep Singapore safe in an increasingly troubled geopolitical environment, which Singaporeans cannot be blissfully unaware of.

In the current landscape, where conflict is waged against society besides the state, Singaporeans must take the lessons in social defence and psychological defence - Total Defence and National Education - at school and throughout adulthood more seriously. As ideas, emotions and culture are the currency of conflict, social cohesion is as important as military skills and hardware. As Singapore strives to stay relevant to the world, the nation must stay united to remain free and strong.

• Muhammad Faizal Abdul Rahman is a research fellow with the Centre of Excellence for National Security, a unit of the S. Rajaratnam School of International Studies, Nanyang Technological University.

This article was first published on thediplomat.com