Elected Presidency changes: It's not just about the politics

The debate about the elected presidency (EP) is driven not just by politics and the law, but by perceptions, values and notions of fairness. Policymakers and the public need to engage on these for fruitful discussions. 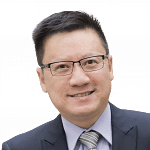 The passion in the public discussion on the proposed changes to the elected presidency is palpable. This is not surprising as the issues involve multiracialism and meritocracy, which are core principles that Singapore upholds as a society.

Next month, the Government will table a Bill that encompasses changes to the elected presidency. Parliament will debate the Bill during its second reading in November.

How should policymakers and the public approach the discussions in the next two months? Here are my suggestions on ways to make a positive difference in the discourse:

First, we must remember that perceptions matter. We need to recognise that issues relating to the elected presidency are complex because they are interrelated. A decision on an issue can lead to benefits and positive multiplier effects, or unintended negative consequences.

The fact (or perception) that many issues are intertwined makes it difficult to look at the issue through a single lens and to evaluate the arguments for or against a proposed change or position. Instead, we must understand that people's views on the issues are likely to be affected by human psychological processes.

Discussions on the elected presidency are not just political or legal in nature, but are social and emotional as well. After all, the presidency is an institution that is meant to symbolise the unity of the nation. When an institution (and a person) is invested with such values and aspirations, it is not surprising that debate about changes to it can become heated.

Policymakers and citizens alike must thus realise that people may be unduly influenced by what is salient at the moment, such as a sound bite in the media. They may focus on the immediate past and imminent future, such as the previous presidential election and the next, rather than longer timeframes. They may also make inferences based on what the changes mean for specific individuals and concrete cases, rather than consider more abstract issues, such as how the changes will affect the system of governance or future changes in government.

And it is human to selectively seek out information and interpret it in a way to support preconceived ideas.

So for the public and policymakers alike, it is important to discuss issues frankly and keep an open mind.

Singaporeans - both the people and the Government - aspire to, and demand, a high standard of integrity in public and political service. This explains why one proposed change is for potential presidential candidates to have their character and reputation assessed more stringently by the Presidential Elections Committee. This proposal is based on the value of integrity. It complements the other proposals to raise the eligibility criteria relating to financial and executive management which, while relevant to technical competence and ability, may not predict integrity.

Second, social harmony must be kept paramount in discussions on the elected presidency. Social harmony has always been a shared value underlying Singapore's efforts to address differences, especially when multiracial issues are involved. It should guide how changes to the elected presidency are reviewed and discussed, and how differences in views are expressed and managed.

For the public and policymakers, social harmony should be a key consideration when they decide, if and when, to advocate a position, support a policy option or implement it. This is most relevant when there are reasons to believe that the positions or policy options have a risk of negatively affecting race relations and social cohesion.

Threats to cohesion occur when policies or public actions send signals - sometimes unintentionally - that one race is assumed inferior or unfairly advantaged as compared to another.

This leads to intergroup suspicion, tension and misunderstanding. There may also be negative individual or community effects on beliefs about perceived efficacy and self or public image. All these may eventually result in conflict, or civic and political disengagement.

When the shared value of social harmony is salient, individuals, groups and policymakers have a common and constructive basis to discuss issues of individualism versus collectivism, and group versus national interests.

Social harmony is especially relevant when discussing the need for a reserved election for a particular race and how the "hiatus-triggered" provision is consistent with Singapore's multiracialism and meritocratic ideals, or not.

Racial communities in Singapore have been living in harmony and in a way that is consistent with both multiracialism and meritocracy simultaneously. This precious societal asset that enables social cohesion must be preserved.

Like interpersonal trust and trust in government, social cohesion is difficult to build but easy to lose, and, once lost, is difficult to restore. We should appreciate why people are anxious about the proposal to reserve an election for a race if no person of that race has been president after five continuous terms, and encourage honest discussions and seriously consider how the reserved election compares with alternative options.

In this way, people from all communities can be assured and will express their concerns honestly. Sensitive issues that need to be surfaced will not be self-suppressed out of fear of alleged racism.

Third, we must understand that people will assess the proposed elected presidency changes according to whether they think the changes are fair. As I wrote in a previous article, people perceive fairness on four dimensions: outcomes, processes, performance and access to opportunities.

Changes to the elected presidency will be seen by citizens as fair if:

In other words, people will assess the proposed changes to the elected presidency based on whether they provide an objective means of evaluating a potential candidate, and whether they think the changes hobble some individuals while privileging others.

Bearing in mind that feelings and perceptions matter, that people want processes to be fair, and social harmony is paramount, how should the parliamentary debate and public discussion proceed?

If social harmony is paramount, then we must make sure that political scapegoating and squabbles do not dominate the discourse. Such rhetoric may be entertaining but the impact can be adverse. It will not only create confusion but also cause cynicism. It can even divide Singapore society and threaten the cohesion built up over the years.

Everyone contributing to the discussion should be constructive. The following are some concrete steps that can shed light in the heat of passionate debate.

If all parties take a constructive approach when considering the proposed changes to the elected presidency, it is possible to evolve a system of governance that benefits Singapore and Singaporeans.

The writer is director of the Behavioural Sciences Institute, Lee Kuan Yew Fellow and professor of psychology at the Singapore Management University.

A version of this article appeared in the print edition of The Straits Times on September 24, 2016, with the headline EP changes: It's not just about the politics. Subscribe