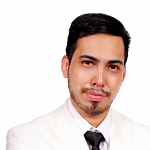 The Philippines' maverick leader, Mr Rodrigo Duterte, broke with diplomatic tradition by choosing to visit Beijing last week, ahead of traditional allies such as America and Japan. The four-day state visit served as an icebreaker in frosty relations between the two neighbours, which have been caught in bitter territorial disputes in the South China Sea.

Overwhelmed by renowned Chinese hospitality and large-scale economic carrots, Mr Duterte went so far as declaring his "separation" from America, the Philippines' sole treaty ally, in favour of joining Russia and China "against the world". To the disappointment of many Filipinos, Mr Duterte seemingly failed to secure any specific concession in the South China Sea, the key bone of contention in bilateral ties.

At the end of his visit, Chinese Vice-Foreign Minister Liu Zhenmin triumphantly declared that "bilateral relations have fully recovered and the two countries will return to the track of dialogue and consultation to address maritime issues". In their joint statement, China and the Philippines agreed to "make concerted efforts to cement the traditional friendship of the two peoples", signalling their shared interest in setting aside sovereignty disputes in favour of broader economic engagement.

The state visit went a long way in injecting a semblance of normality into bilateral relations and reducing tensions in the South China Sea. But there is no guarantee that Mr Duterte's flirtation with China will either translate into any enduring strategic partnership or genuine compromise in the disputed waters. Instead, it has only created more confusion as to the future direction of Philippine foreign policy and may also embolden Chinese maritime ambitions in adjacent waters.

Without a doubt, economics topped Mr Duterte's agenda in China. The two neighbours signed 13 major agreements with commercial deals worth a whopping US$24 billion (S$33 billion), covering infrastructure, tourism, industry and agriculture. Around 400 of the country's leading entrepreneurs and practically all local tycoons accompanied the Filipino President, who was intent on securing Chinese assistance for upgrading the Philippines' decrepit public infrastructure.

Chinese companies are set to be involved in big-ticket infrastructure projects such as the proposed bullet train between Subic and Clark, the site of America's biggest overseas military bases during the Cold War, as well as a mega railway project covering Mr Duterte's home island of Mindanao.

The Duterte administration is intent on transforming China from an embittered territorial rival into a partner for national development. Beijing has sought to charm the Filipino strongman by also offering assistance in his controversial war on drugs, which has drawn heavy criticism from Western allies as well as the United Nations.

The visit was not without controversies. Mr Duterte's deferential, if not seemingly obsequious, behaviour vis-a-vis his Chinese hosts may have impressed the host nation, but raised eyebrows among many Filipinos, who are deeply suspicious of China. Some Filipinos quipped that the visit looked more like a tributary mission by a Filipino sultan to a Chinese emperor rather than a state visit by a sovereign leader.

His tirades against America also didn't sit well with the broadly pro-American Filipino public. "In this venue, your honours, in this venue, I announce my separation from the United States," declared Mr Duterte in a forum attended by Chinese Vice-Premier Zhang Gaoli.

"Both in military, not maybe social, but economics also, America has lost." In response, American officials criticised Mr Duterte for "creating unnecessary uncertainty" and reminded him of how the "troubling rhetoric... is inexplicably at odds with the warm relationship that exists between the Filipino and American people".

A recently published poll by the Manila-based Social Weather Station shows that America is by far the Philippines' most popular international partner, ranked positively with a net score of 66, while China is by far the most unpopular with a negative net score of 33. As a democratically elected president, Mr Duterte couldn't ignore public opinion at home. No wonder then, as soon as he arrived home, he contradicted himself.

"In the severance of ties, you cut the diplomatic relations. I cannot do that. It is in the best interest of my country that we maintain that relationship (with America)," explained Mr Duterte upon landing in the Philippines. While the clarifying statement eased anxieties among the US-aligned Filipino security establishment and broader public, it simply reinforced growing concerns over the credibility of the Filipino leader's strategic signalling.

Though gladdened by Manila's new strategic tone, even Beijing seems to be concerned with the predictability of its Filipino counterpart. As Professor Shi Yinhong, an influential academic and adviser to the Chinese government, told The Guardian: "He (Duterte)still could change his words in the future... In the future, nothing is certain."

Thus, there is even less reason to expect China, which claims "inherent and indisputable" sovereignty over the bulk of the South China Sea, to negotiate any lasting territorial compromise with Manila any time soon.

Nonetheless, China has managed to pull off a strategic coup de grace by driving a wedge between the Philippines and America, which are now at odds over Mr Duterte's war on drugs. China has also benefited from Mr Duterte's refusal to raise the Philippines' arbitration case at The Hague in multilateral forums. This has allowed Beijing to avoid a post-arbitration diplomatic disaster, strengthening its hand in the adjacent waters.

Within a few months, the Philippines has transformed from China's leading regional critic into, at least rhetorically, a potential ally. There are also fears that other South-east Asian countries like Malaysia and Vietnam will follow suit, dropping any coordinated resistance against Chinese maritime ambitions. This is perhaps China's greatest foreign policy success in recent years and nothing less than geopolitical drama on steroids.

•The writer is a political science professor at De La Salle University in the Philippines, and the author of Asia's New Battlefield: US, China, And The Struggle For The Western Pacific.

A version of this article appeared in the print edition of The Straits Times on October 24, 2016, with the headline Duterte confuses, risks making China bolder in South China Sea. Subscribe