Although the United States has never perfected the practice of its principles, American leaders from both parties have long seen their country as a model worthy of emulating. Republican presidential nominee Donald Trump departed from this view in a striking interview last week with The Times.

Mr Trump was asked about orders from President Recep Tayyip Erdogan of Turkey to detain tens of thousands of Turkish citizens. Asked whether he would press Mr Erdogan "to make sure the rule of law applies", Mr Trump did not emphasise the delicate nature of criticising a strategically important ally. Instead, he focused inward, saying that "when it comes to civil liberties, our country has a lot of problems, and I think it's very hard for us to get involved in other countries when we don't know what we are doing and we can't see straight in our own country". 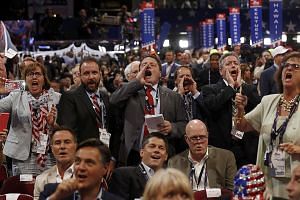 This argument - that the US could not be a model because of its domestic problems - was made during the early years of the Cold War, when racial segregation and violence against civil rights demonstrators generated international criticism. But this case was made by Soviet propagandists, not American presidential candidates. 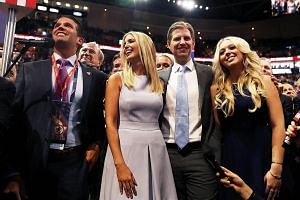 During the 1957 crisis over school desegregation in Little Rock, Arkansas, for example, the Soviet newspaper Izvestia criticised American leaders for having the "audacity to talk about 'democracy' and speak as supporters of 'freedom' " while racist mobs barred nine African-American students from Little Rock's Central High School.

Sympathetic foreign observers expressed concern that American race discrimination undermined the ability of the US to condemn injustice elsewhere.

American presidents during the height of the civil rights movement, like Mr Trump today, thought that foreign criticism mattered. But it did not cause them to refrain from censuring authoritarianism. Instead, they worked to address injustice at home in part to protect America's role in the world.

President Dwight D. Eisenhower, a Republican, is a good example. Shortly before the crisis in Little Rock, Eisenhower said that he could not imagine using federal troops to enforce a desegregation order. Two months later, he reversed his position. In an address to the nation, which his secretary of state, John Foster Dulles, helped draft, the president said it was "difficult to exaggerate the harm that is being done to the prestige and influence, and indeed to the safety, of our nation and the world" by the racial unrest.

Resolving the crisis would remove "a blot upon the fair name and high honour of our nation in the world", and would restore the image of American democracy.

In May 1963, when the police in Birmingham, Alabama, brutalised civil rights demonstrators, people around the world reacted in horror. It was in part because, as then President John F. Kennedy put it, "we preach freedom around the world" that he justified federal intervention.

Calling civil rights "a moral issue" that was "as clear as the American Constitution", he linked internal America's domestic struggles with its global leadership: "Are we to say to the world, and much more importantly, to each other, that this is the land of the free except for the Negroes?" Kennedy asked.

Past presidents have had various motivations beyond a commitment to the ideal (if not the full implementation) of equality. One reason, pressed by successive secretaries of state, was that protecting rights at home mattered to America's global standing. In this light, Mr Trump's comments illuminate his campaign's "America First" ideology. He rejects the idea that American moral leadership matters.

If American values of justice don't matter to diplomacy, they appear to matter even less at home. Rather than promoting a resolution of the racial tensions that prompted the Black Lives Matter movement, Mr Trump has called the protesters "a disgrace" and told Fox News Channel that "I think they're looking for trouble".

His war on American values and his effort to hollow out the nation's image in the world, was, of course, already apparent in his rhetoric about Mexican immigrants and Muslims.

As the world looks at the US' presidential election this year, it is ultimately the American electorate that will have a final say about whether we, as a nation, are ready to embrace the idea that American democracy has nothing to offer the world.

• The writer is a legal historian at the Emory University School of Law and the author, most recently, of War Time: An Idea, Its History, Its Consequences.