The latest news on two scandals could hurt her campaign. But much depends on Trump's next moves.

A joke often made about this year's US presidential election is that the two major parties have somehow contrived to pick the only candidates that the other side can beat.

And with the way Mrs Hillary Clinton and Mr Donald Trump have been trading self-inflicted problems of late, it is starting to seem like that joke may have more than a sliver of truth to it.

Make no mistake, the Republican nominee is still facing long odds to win the White House. But after a week of uncharacteristic discipline on his part, the spotlight is starting to shift a little to Mrs Clinton's deficiencies.

And it seems if there is anyone who could concede such a lead to the brash billionaire, it is the former secretary of state.

Without the distractions of a Trump gaffe or incredulous statement, new developments in two long-brewing Clinton scandals - related to her use of e-mail and the activities of the Clinton Foundation - have started to receive a fuller airing, and both could have serious ramifications for her campaign.

SCANDAL THAT WON'T GO AWAY

By now, many people have probably heard of, and grown tired of, the Clinton e-mail scandal.

While the use of a private server was not against the law then, there have been many subsequent debates about whether the server had been hacked, whether any of the e-mail contained classified information at the time they were sent and whether Mrs Clinton did, in fact, turn over all the e-mail she should have.

At any rate,the inflection point for the scandal was supposed to have come last month, when the Federal Bureau of Investigation (FBI) completed its investigation into Mrs Clinton's handling of the e-mail. Though FBI chief James Comey recommended no criminal charges, he also had some stern words for the former secretary of state. He said she was "extremely careless" and that a person in her position should have known better.

Still, the lack of a criminal indictment effectively removed the single biggest legal threat to her candidacy. She was now in the clear, the e-mail scandal was over and that should have been that.

And at least part of the blame for that has to fall on her own shoulders. Instead of simply apologising for her handling of the e-mail and moving on, Mrs Clinton earlier this month proceeded to completely misrepresent the FBI findings. During an appearance on Fox News, she effectively said that the FBI director concluded she had done nothing wrong.

"Director Comey said my answers were truthful, and what I've said is consistent with what I have told the American people, that there were decisions discussed and made to classify retroactively certain of the e-mail," she said.

Nearly every claim made in that sentence has since been found to be untrue. Mr Comey did not pass judgment over whether her public comments matched the ones she gave the FBI, and he said the FBI had, in fact, found that she had sent classified information. Fact-checking website Politifact gave the statements its lowest grade : "Pants on fire".

Two weeks ago, Mrs Clinton was thus forced to back away from that statement, saying she "may have short-circuited" her answers about the saga. It was as unnecessary a distraction as any of Mr Trump's, and kept the embers burning on the e-mail issue. Since then, there have been more damaging developments.

Last week, a judge ruled that Mrs Clinton would have to testify in writing on her e-mail in a case brought against her by the right-wing advocacy group Judicial Watch. At the same time, the FBI handed the documents from its investigation over to Congress. And she can be sure her opponents there are poring over the documents, looking for damaging portions to leak to the public. 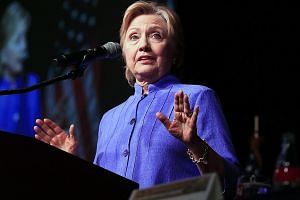 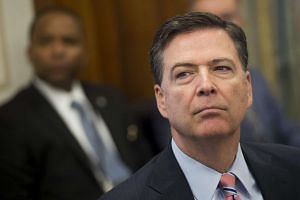 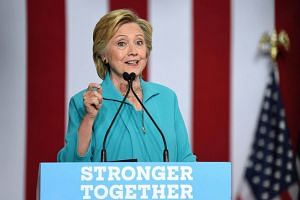 Judge orders search of new Clinton e-mails for release by Sept 13, including those related to Benghazi attack

Then this week, a federal judge ordered the State Department to review for potential release nearly 15,000 e-mail messages uncovered in the FBI probe. It is unclear if these documents involved duplicates of the 30,000 e-mail messages that were previously released or if they are new messages that Mrs Clinton did not turn over. Either way, the saga now looks set to continue to drip right through to the election.

But the e-mail issue isn't the only thing Mrs Clinton has to worry about right now. This week, the potential conflicts of interest between her role in the Clinton Foundation and her role as secretary of state came to the fore.

Mr Trump has spent much of the week attacking his opponent on this issue, even calling for a special prosecutor to be hired to look into whether Mrs Clinton had done any favours as secretary of state for donors to the foundation. Mr Trump calls it "pay for play".

"No issue better illustrates how corrupt my opponent is than her pay for play scandals as secretary of state," he said at a rally on Monday. The perception of foul play in this instance is not easy to dismiss.

The Clinton Foundation, founded in 1997 after former president Bill Clinton left the White House, engages in a wide range of philanthropic causes with funding from donors that include foreign governments and corporations.

Even if no evidence surfaces to prove that a donor to the foundation got a favour from Mrs Clinton while she was in the US government, the nature of the set-up means that speculation will never really die that a decision Mrs Clinton made about a foreign government was not influenced by a donation to her family's foundation.

Already, the insinuations have been flying. E-mail released by Judicial Watch show that the foundation advocated for a meeting between the Crown Prince of Bahrain - a donor - with Mrs Clinton. The crown prince had requested a meeting through official channels as well. Whether he ultimately got the meeting because Bahrain is an important US ally in the Gulf or because of his sizeable gift to the Clinton Foundation is debatable, but that exemplifies the sort of messiness involved.

A report from the Associated Press further pressed home the point on Wednesday. It found that more than half of the 154 people with private interests that had scheduled calls and meetings with Mrs Clinton while she was at the State Department had also donated to the foundation.

The campaign has announced that it will stop accepting foreign donations if Mrs Clinton is elected president, but that raises more hard questions. If such donations did not unduly influence her as secretary of state, why do they need to be stopped if she becomes president?

In the Clinton Foundation issue, as with the e-mail scandal, the finer points will be too esoteric for the layman and will have little impact on the core supporters of both parties. Clinton supporters decided long ago that these scandals are harassment from Republicans.

But for independents, the two issues reinforce a reputational problem Mrs Clinton has struggled with for years: that the Clintons are shady political operatives who cannot be trusted.

Of course, these problems have been largely overshadowed by Mr Trump's own shenanigans in recent weeks. Right now, Mr Trump seems to be allowing Mrs Clinton to make the upcoming election a referendum on him.

If he can turn those tables in the coming weeks, then this election could be in for yet another twist.