China's economy 2016: How 'scary' is its sustained slowdown?

Two issues cry out for attention: Beijing needs to defuse its serious debt problem and stabilise its yuan exchange rate 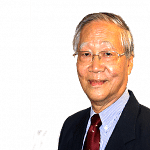 China's economy ended last year with 6.9 per cent growth, short of the 7 per cent target that Premier Li Keqiang had earlier set.

Growth for this year is expected to be even lower, at around 6.5 per cent to 6.7 per cent. Quarter by quarter, China's economic growth has been slowly coming down since 2011. China's slowdown has now deepened, and is set to be sustained.

For an economy of China's size today at about US$11 trillion (S$15.7 trillion), even 6.5 per cent represents very robust growth. At that rate, China will have generated additional gross domestic product in one year that is about 80 per cent of Indonesia's current GDP or one-third of India's.

Unique among China's top leaders, President Xi Jinping understands such basic economic growth logic. Thus, he has readily embraced China's slower growth as the "new normal", having realised that China's economy, after over three decades of double-digit rates of growth, must necessarily slow down due to the inevitable weakening of its major growth drivers.

Addressing an Apec meeting in Beijing in November 2014, Mr Xi openly dismissed any unwarranted worry about China's economic slowdown as something that is "actually not all that scary". As he explained: "China's 7.7 per cent growth in 2013 had added to China an increment of GDP in one year that was equivalent to China's entire GDP of 1994." Such is the GDP growth arithmetic that is based on the compound interest rate principle.

Clearly, Mr Xi was not obsessed with purely high GDP growth. What was more crucial to him was whether or not the economy was on track for the needed reforms and macroeconomic rebalancing.

However, starting last year, China's overall growth scenario had deteriorated sharply instead of improving, as Chinese leaders had earlier hoped. China's formerly powerful export drive had nosedived into negative growth from its past double-digit rates. China's time-honoured growth engine of fixed assets investment had also plummeted to just about 7 per cent from 20 per cent previously. This measures the change in total spending on non-rural capital investments such as factories, roads, power grids and property. The fall was due to many adverse factors, including over-investment and excessive capacities.

Industrial production had thus persistently come down through last year, with no signs of being stabilised. The Caixin manufacturing purchasing managers' index (PMI) fell for 10 months straight. Specifically, the bad PMI last month triggered another rout in the Shanghai Stock Exchange on the first trading day of the new year, bringing down global stock markets as well.

Seldom has China faced a confluence of such severe unfavourable cyclical and structural anti-growth headwinds. The economy seems to be

running into a dangerous downward spiral and even heading for deflation. Reports of factory closures in the Pearl River Delta have become more frequent. Large-scale layoffs are also expected to occur in China's "rust belt" where there is a concentration of heavy industry.

China's economy has started its restructuring and rebalancing in earnest, with several critical transitions taking place all at the same time and amid an unfavourable international economic environment: from external demand for growth to domestic demand, from manufacturing to services, from investment and savings to consumption, and from labour-intensive to more skills-intensive activities.

No wonder then that the six rounds of interest rate and four rounds of reserve requirement ratio cuts introduced by the People's Bank of China (PBOC) throughout last year failed to turn the economy around. As the slowdown gathers momentum, further growth would have to be earned through greater efforts.

Whatever stimulus measures that are to be taken, they would not revive China's past high growth, but merely stabilise or slow its downward growth process. The newly adopted 13th Five-Year Plan (2016-2020) is aimed at achieving an average growth rate of 6.5 per cent. Such growth would be sufficient for China to achieve its xiaokang (moderately affluent) society by 2020. It would also be good enough to support Mr Xi's much touted One Belt, One Road project.

Recent lower growth has been the outcome of rapid structural change in the economy. In the past, its investment-driven growth was marked by a lot of humming industrial activities fuelled by easy credit, high consumption of energy and power and massive imports of raw materials.

As China's economic growth is increasingly dependent on domestic demand and service activities, all that will change.

Accordingly, the composition of China's GDP will also be different. The GDP will contain a lot more service activities, including many emerging service industries like culture and education, entertainment, personal services, new lifestyle pursuits and green services. Many of these service activities are regarded as "non-tradables" or "non-exportables", which are also hard to be correctly captured in the conventional GDP accounting.

As the growth of the economy is increasingly driven by consumption, the "welfare content" of China's economic growth will correspondingly increase, yielding more better-quality GDP growth. However, a consumption-driven economy invariably carries lower growth rates, simply because the productivity growth of most service activities generally tends to be much lower than in manufacturing (which can more easily capture technological progress). Accordingly, China's future growth is apt to be lower and lower.

For this year, at least two dominant issues are crying out for greater attention from the government. Domestically, China has to defuse its serious debt problem, as total debt in the middle of last year had increased to 250 per cent of GDP from the 180 per cent of 2008.

It is not uncommon for a booming economy to become highly indebted, especially for China, whose high investment-driven growth was accompanied by liberal credit creation. The debt problem has now become more acute partly because of the economic slowdown, which is aggravated by the property bubble.

Most foreign experts take the view that China's debt situation should be manageable and can be defused, given China's high foreign exchange reserves and high domestic saving rates. Most of China's debt is indeed domestic liabilities linked to local governments and the property sector, primarily incurred for commercial development, not for financing social consumption as in Europe. In this sense, the debt problem is basically a reform problem for the government.

Nonetheless, a large debt overhang still operates as a serious drag on economic growth. The challenge to China's policymakers this year is how to deleverage the debt situation without squeezing out too much economic growth.

Externally, the burning issue is how to maintain the yuan exchange rate stability, not least because the yuan is set to devalue through this year and beyond.

On Aug 11 last year, with the Shanghai Stock Exchange already overheated, the PBOC made a surprise move to adjust the yuan's daily central parity, which eventually brought about 4.4 per cent devaluation in three days. This dramatic move had also shaken global financial markets, which took it as a signal for the yuan's prolonged devaluation. This had also stoked massive capital flight from China.

With China's macroeconomic fundamentals continuing to be weak, along with the prospects of further strengthening of the US dollar, the yuan remains under strong downward pressure. It is widely expected to devalue further against the US dollar this year.

The real factor behind the Shanghai Stock Exchange's rout on the first trading day of the new year was actually expectations of the yuan's devaluation.

Hence, the biggest challenge for the PBOC in 2016 is how to maintain reasonable yuan exchange rate stability under strong devaluation pressure. China had successfully managed the gradual appreciation of the yuan in the past.

But managing the gradual yuan depreciation today is much more complicated and more challenging, given China's vast trade and financial linkages with the world economy.

A version of this article appeared in the print edition of The Straits Times on January 09, 2016, with the headline China's economy 2016: How 'scary' is its sustained slowdown?. Subscribe