The grant boost may not be enough for some, but sends a strong signal of family foundation

The enhanced Central Provident Fund Housing Grant, previously capped at $30,000, has been raised to $50,000 for first-timers who turn to the resale market for four-room and smaller flats. And it has risen from $30,000 to $40,000 for five-room and larger flats.

Including the Proximity Housing Grant (PHG) and Additional CPF Housing Grant, couples buying a four-room or smaller flat can get up to $110,000 in subsidies.

However, currently the most popular route to home ownership for young couples is the Build-to-Order (BTO) programme - where couples apply to ballot for a chance to select a flat in proposed sites, and if there is sufficient interest, the project goes ahead.

The latest BTO exercise that ended on Monday was mopped up quickly. This reflects the still-huge demand for BTO flats, even as the Housing Board (HDB) has taken great pains to clear the backlog of the early 2010s.

Against that frustrating backdrop, the increased grant for the other option - resale units - certainly seems to be cause for first-timers to now sit down and do their sums.

TALE OF AN HDB HOME-HUNTER

I am still on that roller-coaster ride of being a young HDB home-hunter. With the clock ticking down to our wedding this coming November, my fiance and I have been scouring property site PropertyGuru for affordable resale flats in Queenstown, near where both sets of parents live. No BTO projects have popped up in Queenstown since 2012, and it is imperative we live close to our parents, to see them often even as my fiance and I chart our lives together.

So, last November, we applied for a third option in the property market, that of the Sale of Balance Flats (SBF) - leftover units from previous BTO exercises, surplus Selective En-bloc Redevelopment Scheme flats and flats the HDB has repurchased.

Having failed to get a queue number on our first attempt last May, we were ecstatic when we got one this round earlier this month.

It was short-lived joy: the number is almost double the available 27 flats, and the HDB recently shared that on average, only two in five who receive a queue number opt not to continue with the flat selection process.

Getting an SBF flat would have been ideal. In the most recent exercise, the prices of the four-room flats were attractive - in comparison to open market rates- ranging from $483,000 to $587,000.   We would also be eligible for proximity priority schemes. In addition, most of these flats are newly completed, or will be soon. This means we get to enjoy the full 99-year lease on these newer, better-designed flats than shorter leases on resale units.

In contrast, sellers are asking for between $480,000 and $950,000 for their older four-room flats on property websites. Most of the units that meet our criteria - like a remaining lease of at least 70 years, and within 10 minutes' walking distance of an MRT station - are asking upwards of $650,000.

Sure, some of these flats are slightly bigger than new BTO units, or have been renovated with an aesthetic I like. But the absolute price jump is still intimidating.

In that respect, the enhanced subsidy is a welcome helping hand from the Government, especially for those on the fence about the resale market. This group includes couples tying the knot soon, as well as those who wish to live near their parents in mature estates, where there are fewer new flats being built. 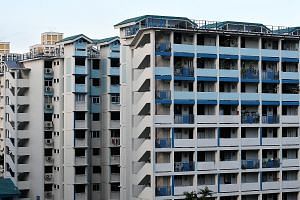 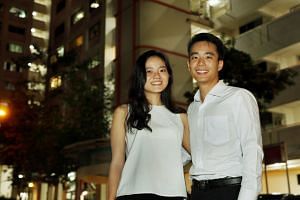 What CPF grants are there for flat buyers?

For them, the extra $10,000 or $20,000 boost in grants that go into their CPF Ordinary Accounts helps to offset the purchase price of the resale flat, and reduces the housing loan they have to take. At the same time, the grant is not so high as to skew prices significantly, industry observers say. Resale prices last year stayed flat, falling just 0.1 per cent from a year ago.

Some 18,000 flats reached the minimum occupation period to qualify to be sold off last year - 80 per cent more than in 2015. Some of these owners are upgraders, and must sell off their flats as soon as possible.

R'ST Research director Ong Kah Seng estimates that prices in mature estates could rise by 0.4 per cent at most, and stay flat in non-mature estates.

"At most, the grants will help move flats faster," he said. "But they are unlikely to give owners the upper hand in negotiation. Young couples are savvy enough to know they have options."

Taking the median price of $680,000 for four-room flats sold in Queenstown last quarter as a guide, and factoring in the grants, we would still have to pay $610,000.

The resale flat is now cheaper, but not as within reach as an SBF unit. Armed with the small sliver of hope that we may get a desirable unit despite our queue number, as well as an upcoming SBF exercise in May, we are tempted to wait a bit more.

So will the extra grant tilt the balance for those who can't decide between a new BTO flat or a resale unit?The answer: It depends.

BTO flats remain the most financially prudent option. Owners are almost guaranteed a high return on their asset, should they choose to sell it later. This is because the flats are heavily subsidised, and flats are increasingly built with better facilities and designs.

For those looking for resale flats in non-mature estates, especially if their parents are also in the area, they can now get at least $70,000 to $110,000 in grants - which may be enough to clinch the decision.

In the latest BTO exercise for flats in Punggol, new four-room flats are going for between $257,000 and $365,000 before grants. The enhanced subsidies bridge that gap: Comparable resale flats are priced from $360,000 to $440,000, before factoring subsidies in.

But for those hunting for homes in popular mature estates like Queenstown or Bishan, resale flats cost, on average, $150,000 more than their BTO counterparts, ERA Realty key executive officer Eugene Lim points out.

He advises couples considering a four-room resale flat in these areas to earn at least $8,000 a month to finance it comfortably.

This means that even with the grants, such a flat will still be out of reach for most young couples who have been in the workforce for a few years: The median monthly income for Singapore and permanent resident households last year was $8,846.

The reality is that the enhanced subsidies will only help those already seriously considering a resale flat, meaning they have the finances to do so, or parental help.

That is not to say the enhanced subsidies are not to be cheered: They should be - not just for the direct helping hand they give, but for reasons that take in a bigger picture.

In fact, it is the most direct way for Minister of National Development Lawrence Wong to make good on his promise last October to help first-timers own their homes and settle down - read: Have babies - more quickly.

The surprise increase in grant quantum is in addition to his undertaking to cut BTO delivery time from three to four years, to two to three years. This, of course, is limited to some of the housing stock.

The move may have some positive impact on the country's total fertility rate, which measures the average number of children per woman. It was 1.20 last year, well below the 2.1 rate a population needs to replace itself, despite the increase in the number of young women in their peak child-bearing years.

I am not so noble as to spend more on a resale flat, just so I can do my national duty to have children quickly. But given that we would like to have children, coupled with the privilege of getting help from our parents, my fiance and I are seriously considering buying a flat from the resale market.

Even then, despite the sudden influx of texts from property agents on Monday advising us we should make our decision soon, we still have to weigh our choices carefully.

Correction note: In an earlier version of the story, we said the writer would have been eligible for proximity grants for a Sale of Balance Flat. This is incorrect. The Proximity Housing Grant is only for resale flats. First-time home owners applying for Build-to-Order or SBF flats near their parents enjoy more priority in the allocation of such flats.  We are sorry for the error.