As Singapore prepares to mark 200 years after the arrival of Stamford Raffles - what is dubbed the bicentennial - there is an opportunity to reflect on important issues, ranging from immigration to how history is told.

Initially placed at the Padang, it took up its current spot during the centennial in 1919. In the 100 years since, the city centre around it has been transformed, with looming skyscrapers that pay tribute to the vision Raffles had for Singapore when he landed in 1819 - of a British trading post strategically located at a maritime crossroads, open to global commerce.

"Letting Raffles stand" would be making a symbolic statement that "you accept the heavy ties with the West because you will need them in your economic programme", he said.

Recalling this advice, Mr Lee later wrote that "to keep Raffles' statue was easy", as he and his colleagues "had no desire to rewrite the past" - a comment that is illuminating of how he and his peers viewed British colonialism.

Mr Lee has spoken positively about aspects of British rule. One, their sound institutions, like the rule of law and English as the working language. Two, their amicable departure - unlike how the French left Guinea, destroying electricity and telephone lines on the way out.

"If the British had left me with a French... situation, I am not sure I would have been able to build it up to today's Singapore," he wrote, in One Man's View Of The World.

"We should be thankful for their system and their graceful exit."

For Mr Lee and many (though not all) in his generation, the British were a generally benign, if illegitimate, colonial power. They did not rule with the brutality of the Japanese, and left behind legacies that were helpful to independent Singapore. When locals awoke to the winds of nationalism and asked them to leave, they dragged their feet for a bit but ultimately accepted it and left cordially.

There was also a pragmatic and forward-looking side to Mr Lee's position: He strove to maintain positive ties with all countries - including Britain and the West - for the sake of Singapore's development.

Today's leaders largely share Mr Lee's mental framework. The decision to commemorate the bicentennial - and to do so with a bit more effort than some may have expected - stems from this.

Announcing the bicentennial plans in his New Year message on Dec 31, PM Lee Hsien Loong said: "Raffles set Singapore on a different trajectory, which brought us to where we are today. Had Raffles not landed, Singapore might not have become a unique spot in South-east Asia, quite different from the islands in the archipelago around us, or the states in the Malayan peninsula. But because of Raffles, Singapore became a British colony, a free port, and a modern city."

Many Singaporeans will accept this "establishment" view; but some will not. A healthy debate may ensue in the gradual build-up to 2019.

The organisers of the bicentennial - who are part of the Prime Minister's Office - have said they want Singaporeans to engage with colonial history in all its complexity. This is commendable. 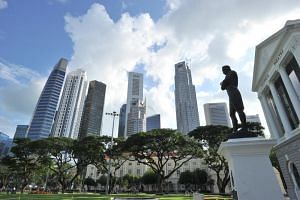 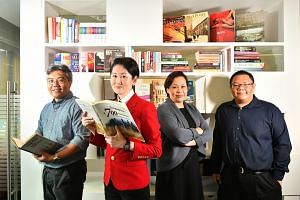 Tan Tock Seng, Whampoa and Manasseh Meyer among those to feature in 1819 commemoration 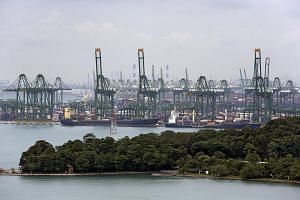 700 years of history, a bicentennial and four cycles of settlement

They have been scrupulous in avoiding the word "celebrate" in interviews and publicity materials, opting for words like "mark", "commemorate" and "reflect on".

Executive director Gene Tan has promised that historical accounts will acknowledge the not-so-shining elements of colonial life, such as "squalor and segregation".

That said, this should not turn into a simplistic ledger exercise to determine if colonialism had been good or bad for Singapore.

It is far better to simply allow a heterogeneous mosaic of stories to be told, without drawing easy conclusions, and letting those stories act as natural building blocks in the construction of a more textured understanding of history by Singaporeans.

And if this warts-and-all approach to history is the right one to take, should it not apply also - one might argue - to how Singapore examines all periods in its history, whether that history is centuries-old, or just decades-old?

For example, some historians have long felt that post-1959 history can be more varied in how it is told. Strictly speaking, alternative accounts of recent history have not been banned. Books containing such accounts can be published, sold in book stores, and are more often than not carried by the National Library. But they exist on the fringe, lacking a voice when it comes to more mainstream platforms such as school textbooks, traditional media outlets and museum exhibits.

It is true that history after 1959 - the year Singapore attained self-governance - can be more sensitive, since many actors are still alive. But it can also be argued that it is precisely because they are alive that it is important to have the debates, so that they can weigh in.

If the history-as-complex view can apply not just to colonial history, and can be allowed to spill over to more recent history, it will be an important legacy of the bicentennial commemorations.

Another legacy the bicentennial organisers can realistically shoot for is a change in the direction of discourse over immigration.

One theme the organisers want to stress next year is Singapore's DNA, which they say consists of three values: openness, multiculturalism and self-determination.

Raffles marked the start of a period of openness for Singapore - one among many such periods in its 700-year recorded history.

Singapore became open to the world for business and trade and open to new arrivals who believed in the Singapore project and wanted to contribute to it. The vast majority of Singaporeans would not be in Singapore today if it were not for this openness.

The conversation on immigration has been fraught with difficulty since the 2011 General Election, when concerns about overcrowding - which were not misplaced - swung public opinion towards a decidedly more insular mindset. There has been a recovery from this mindset since 2011, but only a tepid one.

No one is calling for a return to the levels of immigration permitted under the British or in the decade before 2011. The times have clearly changed. But Singapore's economic future is at risk unless a calm and open conversation about immigration, based on reasoned arguments about what is in the national interest, can once again be had.

Let Raffles stand where he stands today. This recommendation - incidentally, by a foreigner who came to contribute to Singapore - could well remain relevant in 2019, as it was in 1961. The vision Raffles held transformed this island over 200 years. Singaporeans should forge a new vision that will bring about no less ambitious change over the next 200.