The peaceful waters of the South China Sea increasingly look like an optical illusion. Calm optimism seems to define its surface, but beneath the tranquillity lie strong undercurrents slowly wearing down Asean-China ties.

For starters, Philippine-China relations appear to be on the mend in the wake of the Arbitral Tribunal's July ruling on the Philippines versus China case on the South China Sea, with both parties agreeing to commence bilateral talks. Before that, China had surprisingly pledged to finalise the framework for the Code of Conduct (COC) on the South China Sea by the middle of next year.

It remains to be seen if China could translate those initial positive overtures into tangible outcomes. Until and unless Beijing delivers on these pledges, it will continue to be judged by its record of being long on rhetoric and short on delivery. The Declaration on the Conduct of the Parties (DOC), signed in 2002 which has since languished on the bilateral agenda, is a case in point.

China's stalling tactics in implementing the DOC is a stale stratagem most familiar to Asean, but Beijing appeared to have upped the ante at last month's 17th Non-Aligned Movement (NAM) Summit, where China is an observer in the 120-member international organisation.

Under ordinary circumstances, the NAM Chair will conform to the organisation's standard procedure of entertaining requests to update relevant paragraphs in the NAM Final Document. Thus, it caught many by surprise when the NAM Chair, Venezuela, rejected Asean's request to update the paragraphs relating to South-east Asia in the Final Document. Until now, Venezuela has not provided a justification for its actions, but clues for Venezuela's actions may be found in China's US$65 billion (S$89 billion) financial assistance over the past years.

Hence, one can only draw educated conjectures of China's hidden hand in guiding the outcome of the NAM Summit.

China's brazen move was not only a challenge to Asean, but it has also gravely undermined the legitimacy and independence of the NAM, an organisation that was established in the heat of the Cold War by distinguished Asian statesmen like Sukarno, U Nu and Zhou Enlai. If China can deploy Trojan horse tactics without abandon in NAM to silence Asean, it could very well do the same to other regional organisations in suppressing discussions deemed inimical to China.

If Beijing continues to push Asean, the day may come when the 10-member organisation considers the price of friendship too high.

The NAM episode brought back memories of the 2012 Asean Foreign Ministers' Meeting debacle in Phnom Penh, where China's proxy helped to scuttle discussion on the South China Sea, resulting in the failure to issue a joint communique for the first time in Asean's history. Unlike in Phnom Penh, the NAM incident did not end with a quiet victory lap on China's part. Segments of the Chinese media and academia continued to pile on criticisms on Singapore, which Beijing has wrongly perceived as the Asean "ring leader".

For example, The Global Times, an influential Chinese media outlet linked to the Chinese Communist Party, was off the mark in the reporting of the NAM saga. Its editor-in-chief, Mr Hu Xijin, erroneously singled out Singapore for insisting on "adding contents which endorsed Philippines' South China Sea arbitration case". In actual fact, the update submitted by the Asean Chair to the NAM Chair clearly did not contain any mention of the Arbitral Tribunal award.

The Global Times' vitriol was then bolstered by Professor Jin Yinan of the People's Liberation Army's National Defence University, who raised the prospect for Beijing to "impose sanctions and retaliate against Singapore to make the city state pay the price for seriously damaging China's interests".

The Global Times also pointedly denied or refused to accept Asean's position with respect to the updates. The update presented to the NAM Chair was a consensus position by Asean and not just Singapore's. The request by the Asean Chair to include updates on the South China Sea as an annex to the Final Document makes clear Asean's unquestionable ownership of the updates. 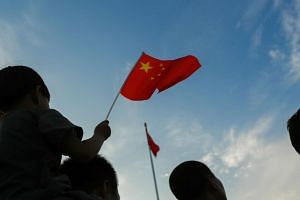 What type of great power does China aspire to be?

In this context, the Chinese guns trained on Singapore were in fact targeting Asean - an action which is telling about how the world's second-largest economy views Asean. These actions make clear that Beijing will not tolerate discourse that is not pleasing to its ears. It also sends a strong and unequivocal signal to other Asean member states to fall in line or face Beijing's ire. China's intent may be to teach Singapore a lesson, but it has in fact caused grievous harm to Asean. Singapore has commendably taken a few punches from China since taking over the coordinatorship of Asean-China relations in August last year. When China cautions Singapore to perform this role "objectively", what Beijing means is for Singapore to do nothing. How can China purport to affirm Asean's centrality when it continues to undermine its unity and disregard its processes?

An astute Chinese scholar, Dr Feng Zhang, recently wrote in this newspaper that "the underlying signal (Beijing is sending) is that it is time (for Asean) to come to terms with the reality of Chinese power and accommodate its interests or otherwise face the consequences". This reads almost like Thucydides' cautionary tale of "the strong do what they can and the weak suffer what they must".

This is a reality of international politics that Asean knows all too well. However, Beijing should also realise that attempts to enforce its will on the region will not be without cost or pushback. What is there to stop Asean from "accommodating" China today and finding itself falling into a subservient relationship tomorrow?

Furthermore, the foundation of the Asean-China strategic partnership based on mutual respect will be turned on its head if China demands Asean's blind and unbending loyalty. If Beijing continues to push Asean, the day may come when the 10-member organisation considers the price of friendship too high.

Sooner or later, Asean has to do some serious soul-searching on its relationship with a friend who has increasingly behaved in an unfriendly manner.

Although the weaker party of the two, Asean need not fatalistically accept Thucydides' dictum. It should recall its success at maintaining its autonomy and independence during the Cold War by engaging and not allowing the major powers to dominate the member states.

It is time Asean finds the backbone to fend off China's repeated and increasingly aggressive tactics. If Asean member states stand down now, they will soon have nothing to stand on. But taking a stand does not mean taking on China.

I should add that in making this call in my personal capacity, I am not suggesting a battle cry to bring the offensive to China. On the contrary, this is a rallying call for Asean to repair its fraying ties with China. For this important endeavour to have any chance of success, Asean must stay united to engage China in an open and frank manner. In this regard, Asean leaders such as Indonesia, Malaysia, the Philippines, Singapore, Thailand and Vietnam should step up to strengthen Asean's diplomatic front to work with China, in the hopes of finding friendly faces in Beijing to cooperate with.

A version of this article appeared in the print edition of The Straits Times on October 08, 2016, with the headline 'Asean needs some serious soul-searching on its ties with a friend showing signs of increasing assertiveness'. Subscribe
Topics:
More
Whatsapp Linkedin FB Messenger Telegram Reddit WeChat Pinterest Print Purchase Article Copy permalink