Rhyme And Reason - A Literary Series

A strangely mixed bag of possibilities

Born of Indian-Swiss parents, the writer grew up in Britain, and married an Indian who had business in Japan. She settled in - where else but S'pore 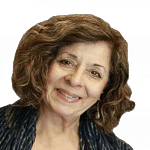 In these modern migratory times, the concept of home has become negotiable. Home is where the heart is, they say. And identity? Well, identity has always been a strangely mixed bag of possibilities. For me, the whole business only gets evermore surprising. From the beginning, I was constructed not to belong, yet I have only just diagnosed my malaise, but this is what life is like. It takes the better part of it to sort out the simplest of things.

According to Chinese philosopher Lao Tzu, if you do not change direction, you may end up where you are heading. Home, I have learnt, is not a place and belonging is a journey. And identity is what makes us feel connected to ourselves and to each other, to the earth and to the spirit. It would not surprise Lao Tzu to know I am quite breathless from the many changes of direction in my journey, and as far as knowing where I was heading, the red dot of Singapore, almost untraceable on a world map, never once entered my mind.

Once I felt I belonged in Britain, although I am not sure to what degree that country felt possessive of me. This was in the days before Britain became a multicultural place, before second- and third-generation immigrants from Third World countries began to speak English with Scottish or Birmingham accents, when it was still a bastion of Empire, a monocultural place.

That was the Britain I was born into, in the midst of the blitz of World War II, a Britain where a brown face on the street or in a school was all but an aberration. It was often suggested to me by school friends that I had a country other than England from where I had originally come, and to which I would eventually return. I listened in genuine incomprehension.

In the year E.M. Forster was writing A Passage To India, my father was experiencing an opposite voyage. Against family advice, he left India for England in 1919 to study medicine. The family resistance was not to the medicine, but to fear that he might succumb to the evils of the West and marry a white woman, which, of course, is what he did.

Unlike my nutmeg-skinned father, my Swiss mother blended easily into the white Eurocentric landscape of my childhood. Yet, both parents were immigrants to a country not their own, each struggled to assimilate in their different ways and so felt no obligation to pass on their native languages, religion or cultural traditions to their children. Some knowledge of my father's heritage would have been useful, for I married an Indian and went with him to the country of my ancestors in mind-numbing ignorance.

More On This Topic
Great lady, mother of much
Lost vision
Say SG

Singapore, like myself, has a long history of conscious acts of cultural appropriation and incorporation, of reframing other people's narratives to form a richness of its own.
I now realise that, for me, home can be found only within myself and my work. Yet, Singapore has given me a relevancy as precious as any home.

Before I eventually arrived in India, I spent several decades in Japan where my Indian husband took it into his head to establish a business. Japan is not a country to instil any sense of belonging. Assimilation for the outsider is not a choice, and this is made clear to all non-Japanese residents in a maze of bureaucratic procedures.

Just as I was born into a Britain before a cosmopolitan age, Japan when I arrived there in 1962 was a country still battling a residue of post-war problems. No modern highways, no bullet trains, no spoken English, little wealth or trade and no tourists. I lived in a two-down two-up wooden house in the middle of rice fields, without heating or cooling. We froze in winter and melted in summer.

I went to market with my basket in one hand and my dictionary in the other. Yet, in spite of decades in Japan, my inherent sense of outsidership was only compounded at every turn in that country. Indeed, so irrelevant did I feel to the intensely homogeneous Japanese life around me that I wrote seven novels there to prove I had some relevance, if only to myself.

Sandwiched somewhere within the Japanese sojourn there was an interlude of six years in India, in the city of Mumbai. Apart from brief visits counted in days, I had never lived in India. I had no understanding of the languages or dialects around me. Yet, in spite of these deterrents, within a short while I came to feel this was a country I could call home.

I was confronted for the first time in my life with a whole submerged half of myself, and although my intellectual identity was a European one, I felt a spiritual oneness with the land. The colour and emotional warmth of the people, the horror and pathos of so much of Indian life, the magic beauty of dusk and dawn, the smell of jasmine, the sound of prayer bells, and the sensuality that pervades even the darkest corner of Indian life, all did their work upon me. I felt I could live there forever.

Yet, once again, the problem of being an outsider reared its ugly head. Here, in the land of my father, I was not seen as Indian but English. I might have been able to overcome this, but soon circumstances conspired to return me to Japan.

A DOT BENEATH A TONGUE OF LAND

Finally, apathetically, I arrived in Singapore, the land of the Golden Chersonese. I knew the place only from the books of the intrepid 19th-century traveller Isabella Bird. It appeared no more than a dot beneath a tongue of land, a place without ancient culture, tradition or hinterland.

A place where supposedly chewing gum could not be chewed, or uncensored words spat joyously into the stratosphere. Twenty years have gone by in this most unlikely place that I am now bold enough to call home, and to where after a long and itinerant life, I can, for the first time, say I feel some relevancy.

That I should feel this, having roamed the large world, is entirely due to the unique qualities of this small island. Not long after I arrived here, I found myself writing a novel about pre-independence Singapore. On the journey of research that accompanied the writing, I lived with migrants packed onto the decks of ships who arrived at this small island to lives of hardship and necessary pragmatism. I lived with those who had made good, and with others in communist jungle camps. I lived in halls of trade and politics. I lived through war and famine and fear, through death and bloody riots. I fought for the right to an independent land and then wondered how such a feat was to be engineered. I lived through regeneration and the conjured magic of reinvention. I lived the short modern history of Singapore.

And as I wrote, I realised that in the Singapore story were the generic seeds of my own journey, of the search for identity and belonging, for growth and affirmation, and the need for continuous reinvention.

Singapore, like myself, has a long history of conscious acts of cultural appropriation and incorporation, of reframing other people's narratives to form a richness of its own.

I now realise that, for me, home can be found only within myself and my work. Yet, Singapore has given me a relevancy as precious as any home.

A version of this article appeared in the print edition of The Straits Times on April 23, 2016, with the headline A strangely mixed bag of possibilities. Subscribe