It had a distinctive red cover, against which the black text stood out clearly: Rhyme and Reason. An Anthology. Raymond O'Malley and Denys Thompson.

In the long afternoons and weekends after primary school, I would open the book and read the poems. I'm sure I struggled with many. But in those days when a working-class family's home was sans television, sans Internet, sans mobile phone, I dipped into the volume of poems many, many times. I read them silently, declaimed some, mused over them, and somehow, without quite knowing it, fell in love.

Even today, I remember the cadence of Ozymandias, that sonnet by Percy Bysshe Shelley on the destruction of great political power by the passage of time.

I liked the rhetorical fluorishes of Casabianca by Felicia Hemans:

"The boy stood on the burning deck,
Whence all but he had fled;
The flame that lit the battle's wreck,
Shone round him o'er the dead."

Thus began my love affair with poetry and literature, and my growing appreciation of the English language, which I learnt in school at age seven, and had come to enjoy by the time I was 10 or 11, and reading those poems.

I became a journalist, writing on social and political issues. In the background, like the heartbeat of a first love, my love for literature, for poetry, continued to pulse.

When I was put in charge of the Op-Ed or Opinion pages of The Straits Times more than four years ago, I thought of starting a literary page in The Straits Times. But as a good Singaporean who understands the truth of Lee Kuan Yew's words in 1969, that poetry is a luxury we cannot afford, I set it aside. Instead, with my editors' prompting, The Straits Times launched its By Invitation series, featuring opinion-leaders in Singapore and the region. Over the years, we carved out a niche for the paper's Opinion pages as a place where readers get access to view- points from both East and West, on matters from terrorism to techno- logy, on issues from healthcare to dying with dignity, on power tussles in the South China Sea to the Arctic.

Last year, to mark Singapore's 50th anniversary and to look towards the future, we worked with leading thinkers including Peter Schwartz (of The Art Of The Long View fame) and Saskia Sassen (The Global City guru) to launch a series of 20 essays on SG100.

With the onset of 51 (the nation's age, not mine) and middle age - that period when people are said to revive adolescent dreams as age presses on them - I thought the time was ripe to float the idea of a literary page in The Straits Times.

The National Arts Council's (NAC) deputy CEO Paul Tan, a former colleague who went on to direct four successful editions of the Singapore Writers Festival, linked me up with May Tan, who looks after the development of literary arts at NAC. We brainstormed ideas and writers. May suggested going beyond prose, to include poetry. I was thrilled. But poetry in the Op-Ed pages?

I found out that it wasn't really such a radical idea. British newspapers have run poetry for centuries. In fact, Alfred Tennyson's The Charge Of The Light Brigade first appeared in The Examiner on Dec 9, 1854. Victorian newspapers published poems regularly. During World War I, patriotic poems were published almost on a daily basis.

Former Bloomberg News editor Michael Silverstein argued for precisely this in an article titled A Call For More Political Poetry On America's Op-Ed Pages, on Feb 26, 2004. He wrote: "Poetry was a standard feature in American newspapers. Some papers even had in-house poets. The most famous was probably Edgar Guest, who wrote a daily poem for theDetroit Free Press well into the 1950s, and was also widely syndicated. Today, many smaller newspapers and even some national ones (such as The New York Times) still have sections that occasionally run verse.

"Poetry on Op-Ed pages, however, poetry that regularly speaks about political, economic and social issues of immediate interest to a wide audience, is nowhere to be found. And this is a serious loss to the public. Robert Frost described poetry as 'the best possible way of saying anything'. No one could argue against the need for 'the best possible way of saying anything' on Op-Ed pages, where public policies that affect us all are debated and shaped."

For poetry to appear in Op-Ed pages, Silverstein argues that poets need to break out of their self- referential habits of writing for a small circle of learned professionals. On the newspaper side, what's needed are editors "who recognise poetry as a real-world way to look at the issues covered in their pages".

His words resonated with me. 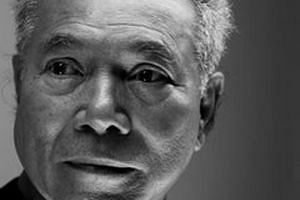 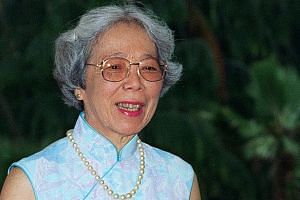 Great lady, mother of much 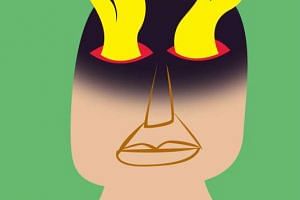 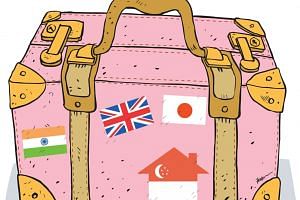 A strangely mixed bag of possibilities

And so, today, we present the start of the Rhyme and Reason page - a literary series that will run for 15 weeks. Today is, aptly, Shakespeare Day - the 400th anniversary of the death of The Bard. William Shakespeare parsed politics in his poetry; waxed lyrical in his prose; and encapsulated all his prose and poetry and passion within the form of drama. He was an inveterate cross-genre writer.

What follows every Saturday till July 30 will be one literary page a week in The Straits Times Opinion pages. There will be one prose essay and one poem each week. They are written by writers - poets, playwrights, novelists, essayists - who could be Singaporeans, or were born in Singapore, or have made Singapore home.

Their choice of subject is eclectic, but grounded in issues of the world. There will be stories of cabaret women and a general's daughter; meditative essays on the sound of nature and on the nature of memory; philosophical pieces on urban design and rural kampungs.

Poets grapple with carpark and trees; gawk at artworks and flower domes; muse on shadow play and terror; and reflect on the Smart Nation and citizenship.

I hope readers will enjoy this addition to The Straits Times diet of commentary, and that these writers will find in The Straits Times, and its ancillary digital platforms, new ways to reach more readers.

This week's literary feast includes an essay by Meira Chand, the author of A Different Sky, one of the best Singapore novels written so far. She is of Indian-Swiss parentage, went on to marry an Indian man and moved with him to Japan, and found home and relevance in - where else but - Singapore, this hotch-potch island nation of many races, many religions, and many more cuisines.

We also offer here three previously unpublished poems by Edwin Thumboo, who remains active and prolific into his 80s, and generously shared his oeuvre with readers of The Straits Times. Like many other writers I approached, Edwin was enthusiastic in his support of a literary series.

I think their enthusiasm springs from a sense that the time is right for Singapore to indulge in this luxury. We are a nation not only of merchants, bureaucrats and engineers. We are also a nation of dreamers, artists, poets. We need nourishing not just of the body and mind, but of the soul.

Good prose and poetry stir the heart and quicken the soul, while teasing the mind. When they dwell on national or current affairs issues, such writings, at pivotal times, can speak for an epoch, to an entire generation, and indeed can speak for an entire nation. Scottish poet laureate Carol Ann Duffy wrote a poem for The Guardian newspaper, a day after the September 2014 Scottish referendum on independence. Drawing on the symbols of an English rose and a Scottish thistle, she penned:

"A thistle can draw blood,
so can a rose,
growing together
where the river flows, shared currency,
across a border it can never know."

If Singapore has a poet laureate, it would be Edwin Thumboo, the man who gave Singapore the by-now iconic poem Ulysses On The Merlion, in which the poet imagines Ulysses, the Homeric hero, stopping by Singapore and puzzling over the strange "half-beast, half-fish" Merlion creature, crafted by people who are beyond his ken:

"They make, they serve,
They buy, they sell.

Despite unequal ways,
Together they mutate,
Explore the edges of harmony,
Search for a centre...

Perhaps having dealt in all things,
Surfeited on them,
Their spirits yearn for images,
Adding to the Dragon, Phoenix,
Garuda, Naga, those Heroes of the Sun,
This lion of the sea,
This image of themselves."

Having surfeited on things, we are at a juncture in our history when literary writings and poetry are no longer luxuries we cannot afford. Instead, I would submit, they have become essential to a more rounded, richer understanding of ourselves.

A version of this article appeared in the print edition of The Straits Times on April 23, 2016, with the headline 'A luxury we can no longer afford to miss'. Subscribe
Topics:
More
Whatsapp Linkedin FB Messenger Telegram Reddit WeChat Pinterest Print Purchase Article Copy permalink