US President Donald Trump has likened the tax overhaul to a Christmas present for the middle class. Why then are many economists less than cheered by it than the markets? 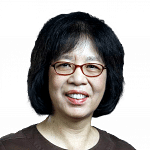 The recently passed US tax Bill has elicited very different reactions from the markets (investors and the business community) and from (most) economists. While the stock market has boomed all year in anticipation, economists have been notably sceptical. Why is this so?

First, financial markets have a short-term horizon focused on immediate returns to individuals and businesses, whereas economists are more concerned with longer-term impacts on society as a whole.

Thus what markets care about is that lower taxes for corporations and most (not all) taxpayers will mean higher after-tax profits and wages. They believe that these higher earnings will find their way into higher consumption and investment, thus stimulating GDP growth and boosting stock returns.

Economists, however, note several reasons why these impacts will be limited, if not negated.

Most of the tax cut benefits flow to corporations and the wealthy. But for years, corporations have been sitting on record profits and cash hoards, while interest rates have been very low. This suggests that investment has not been held back by the cost or availability of capital, and explains why few CEOs at a recent Wall Street conference said the tax cut would cause them to increase investment in the US.

According to surveys of CEOs, and their practice in the recent past, the bulk of corporate tax savings will be passed on to shareholders (only about half of all Americans), in higher dividends and share buybacks which increase share prices (and hence also CEO and executive compensation which is heavily based on stock performance). Investment is likely to go into automation of current production, or mergers and acquisitions of existing firms, which may reduce rather than increase employment.

Meanwhile, wealthy shareholders will save rather than spend their tax Bill windfall, thus boosting asset prices (good for the markets) but doing little to boost consumption and growth (the economy).

This may be just as well, since the US economy is already at or below full employment, so any additional spending on consumption or investment will simply push up wages (good) and prices (not so good).

CEOs already complain that their US business plans are being held back by serious labour and skills shortages, aggravated by the Trump administration's tightened immigration - which make automation and overseas investment more attractive.

If the fiscal stimulus delivered by the Republican tax Bill does raise growth (which economists doubt, given the above-mentioned supply-side constraints and corporate interests), it will also increase inflation. This will result in higher interest rates from market forces (creditors will demand higher nominal loan rates) and Fed action (especially if President Donald Trump appoints more hawkish governors to the current Fed board vacancies).

Even without inflation, increased government borrowing to fund the tax cut will raise interest rates. Higher interest rates in turn will cut off growth, while saddling US consumers with heavier debt burdens that will curb future consumption and growth. Already the recent boom in consumption has been fuelled by declining household savings rather than by higher income.

The Republican argument that the tax cut "will pay for itself", as lower rates lead to higher revenues derived from higher GDP growth, is pure fantasy. Both the 1981 Ronald Reagan and 2001/2003 George W. Bush tax cuts caused tax revenues to fall while government spending increased (mostly on defence, and for Mr Bush, also farm subsidies and Medicare drug benefits). This widened the federal budget deficit, requiring (in the Reagan case) subsequent tax increases, and increasing the national debt (now at just over 100 per cent of GDP).

With their longer-term and societal perspective, economists are concerned about the additional US$1.7 trillion (S$2.3 trillion) budget deficit that the Congressional Budget Office estimates will result from the tax cut over the next 10 years.

Second, increased government borrowing to cover the deficit risks "crowding out" private investment, especially as interest rates rise over the next decade, and ageing populations in the rich world and China reduce the "global savings glut" that has thus far enabled the US government to borrow at home and abroad at reasonable rates.

Third, mathematically, an increased budget deficit means a larger US trade deficit, which is a concern largely because it is an obsession of President Trump and his trade policy team, who have threatened and (slowly and marginally) begun to enact protectionist measures that will reduce US and world GDP growth, as protectionism always does.

Fourth, economists consider costs as well as benefits. Revenue loss from the tax cut will curtail government spending - including the "massive" increased spending on infrastructure and defence that Mr Trump has promised. As much as 62 per cent of the US$4 trillion 2018 budget is mandatory or entitlement spending (on Social Security and Medicare, which the tax Bill does nothing to curb, though Republicans have proposed cutting only the much smaller expenditures on Medicaid for the poor and Medicare for the disabled), another 8 per cent is interest on the national debt, and defence accounts for over half the remaining 30 per cent .

Thus less than 15 per cent of federal spending goes to all other government functions combined, including Health and Human Services, Education, Homeland Security, Energy, Transportation, Agriculture, Justice, State (foreign affairs), Housing and Urban Development. Most of these departments have already suffered spending cuts in past administrations, such that further cuts "to the bone" will undermine the efficiency of public services that contribute to, or avoid drags on, economic growth.

For example, expenditures on research, education and infrastructure represent investments in future growth and productivity, not to mention quality of life, while expenditures on public housing and healthcare help minimise social costs, and more investment in security is required to meet growing threats from terrorism and cyber attacks.

Finally, economists (unlike markets) are concerned not only with growth, but also with inequality, which will increase with the Republican tax Bill.

Rising inequality undermines growth by reducing demand, and reflects low productivity growth - considered reasons for the sluggish underlying global growth of recent decades, especially in the US and other rich countries.

Inequality also breeds the widespread populist disaffection with globalisation, immigration and corporate elites which brought the world the Brexit vote, the Trump election, and rising ethno-nationalism that threatens the unparalleled peace and prosperity of the post-World War II era.

But the same inequality also feeds the markets, elated at how the tax Bill gives much more to those who have a lot than to those who have little. The latter may even see what little they have taken away by collateral measures such as the erosion of the Affordable Care Act (rising premiums and under-insurance from the tax Bill's removal of the ACA mandate), rising interest rates from deficit financing (which benefit creditors but hurt debtors), the planned expiry of the individual (but not the corporate) tax cuts, and likely reduced government spending on non-entitlement programmes like health and education.

There are aspects of the tax Bill that economists approve, notably the reduction in the corporate tax rate from 35 per cent (the highest among major economies) to 21 per cent, which will reduce the inefficient and inequitable practice of "beggar-my-neighbour" "tax arbitrage" (diversion of corporate profits to low-tax jurisdictions), though most would have preferred a smaller cut (and a smaller deficit).

Overall, economists' consensus is that the fiscal stimulus provided by the Republican tax Bill is unnecessary at this point of the business cycle, and likely to be ineffective and to have negative medium-and long-term consequences.

In the short term, however - say, next year - the markets' ebullience is likely to be sustained despite the US recovery being in its ninth year (and thus likely to run out of steam), not because of the tax Bill, but because more recent recoveries in the rest of the global economy still have some way to go.

•The writer, a Singaporean economist, is Professor Emerita of Corporate Strategy and International Business at the Stephen M. Ross School of Business, University of Michigan.

A version of this article appeared in the print edition of The Straits Times on December 25, 2017, with the headline A Christmas 'gift' that will take a long time to pay for. Subscribe