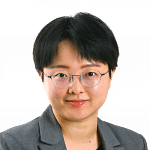 Let's face it - when the holiday season rolls around, there seems to be just one thing people all over the world want to hear. And that is, Mariah Carey's 25-year-old classic All I Want For Christmas Is You.

The American singer-songwriter first released the song back in 1994, but little did she know that the powerful earworm would be stuck in people's heads ever since.

It warms my heart to know it is now a part of so many people's holiday experiences and that it acquires new fans every year, including my own children.

Mariah CareY, ON HER SONG ALL I WANT FOR CHRISTMAS IS YOU

Even A-listers like Ariana Grande have had to give up their No. 1 spot to Carey. In 2018, All I Want For Christmas was the most streamed track on Spotify on Christmas Eve and Christmas Day, ending Grande's previous month-long dominance.

In Singapore, Spotify listeners were equally captivated by the tune come Christmas time.

People around the world yearned to listen to the song at different times last year. Among the 56 regions featured in Spotify's data for 2018, those living in Norway and Denmark began binge-listening to the song in the last week of October.

However, the enthusiasm was more muted among listeners in South American countries.

Songs like Last Christmas, Jingle Bell Rock and other festive classics showed a similar streaming pattern to All I Want For Christmas Is You.

Carey’s earworm may have chimed in first at the start of the festive holidays, but the popularity of other seasonal hits soon followed, quickly climbing up the charts as Christmas time drew near.

All the songs peaked during the week of Christmas, with All I Want For Christmas Is You hitting 10.8 million streams globally on Dec 24 to claim the throne of top Christmas tune. The song even broke Spotify's one-day streaming record last year, according to Associated Press.

Yet, as soon as the Christmas presents were opened and the last slice of log cake was wiped off the table, they plummeted off the charts altogether on Dec 27.

Here's a Merry Christmas to all. ♡