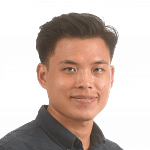 SINGAPORE - Catch up on the hottest topics on The Straits Times' (ST) weekday talk show.

On today's episode (July 4), we look at party leaders lending their support on walkabouts across Singapore as weekend campaigning gets underway.

Meanwhile, People's Action Party (PAP) ministers say the opposition do not have concrete plans to deal with the Covid-19 crisis, while Workers' Party chief Pritam Singh says that it is not possible for the opposition to completely replace the PAP government.

We speak to deputy political editor Royston Sim, as he discusses the significance of such developments.

Topics covered in previous episodes of The Big Story include DPM Heng calling for integrity regarding the "10m population" issue, and ESM Goh Chok Tong's retirement from politics.