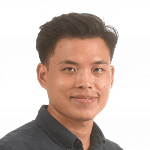 SINGAPORE - Catch up on the hottest topics on The Straits Times' weekday talk show.

On today's episode (June 30), we bring you the highlights from Nomination Day, which saw a couple of surprises in the lead-up to Polling Day on July 10.

They include Deputy Prime Minister Heng Swee Keat's move to lead the five-man team into the battle for East Coast GRC.

News editor Zakir Hussain weighs in on the big surprises of Nomination Day.

Topics covered in previous episodes of The Big Story include the announcement of the 2020 General Election and the cancellation of this year's F1 Singapore Grand Prix.