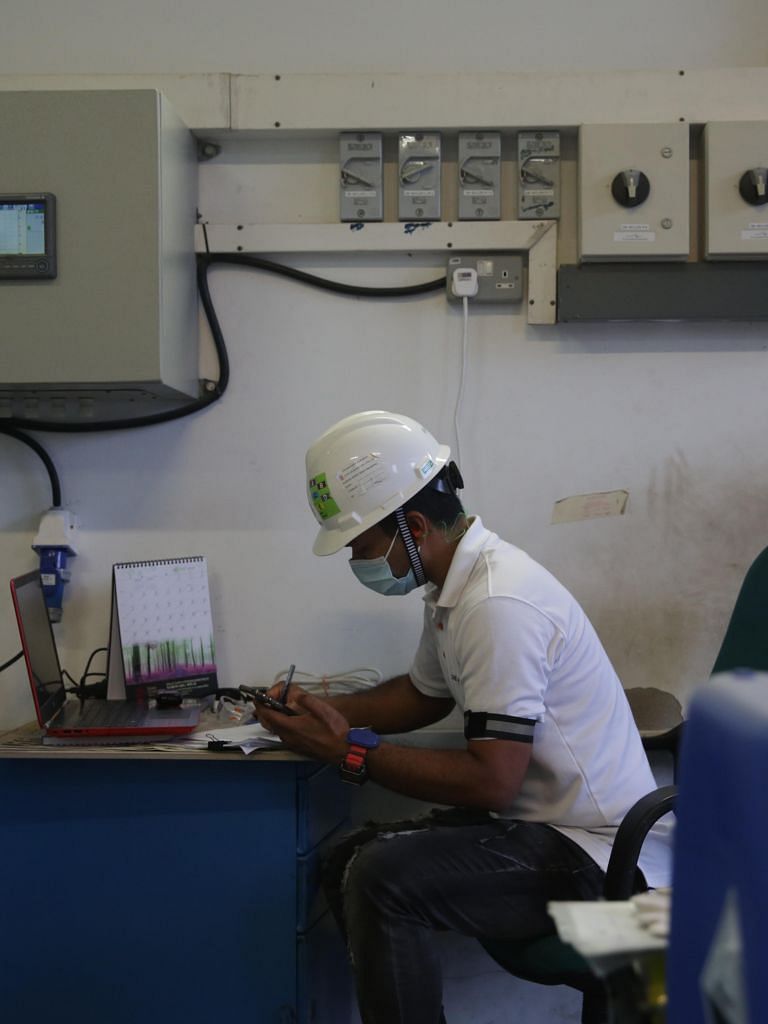 SINGAPORE - Migrant worker Rafique was filled with happiness when his daughter was born in March last year - but feels sad that he has yet to hold her in his arms.

The Bangladeshi, 33, last visited his wife and son, three, in January last year, spending 12 days in his home town in the district of Netrokona.

When he returned, the Covid-19 pandemic was beginning to be of concern in Singapore.

He has been able to watch his daughter - and son - grow only over video calls, he told The Straits Times, his eyes filled with tears.

Mr Rafique, who goes by one name, has worked in Singapore for 13 years, and currently oversees boiler room operations at Greyform. The company specialises in offering precast and prefabricated solutions to the construction industry.

He lives in a factory-converted dormitory which is in the same compound as his workplace.

Due to Covid-19, Mr Rafique says, he has not seen some friends from other dormitories for over a year as well.

The past year has been a harrowing one, with safety measures resulting in six months of not being able to work. And at one point, seven of his roommates tested positive for Covid-19. Filled with fear, he even wore a mask to sleep.

He says he was relieved at not contracting the virus.

During the month of Ramadan, Mr Rafique says, he misses the days when he would break fast with about 60 of his peers in the dorm canteen. Last year, he says, they had to break fast in their dorm rooms with the doors closed.

"At least this year, we can go down to the minimart to buy fruits (for iftar), we can open the door and go to the corridor," he says.

He also misses being able to go to Mustafa Centre in Little India to catch up with his friends, but adds that he is relieved he can visit the Kaki Bukit recreation centre to buy toiletries, fruit and food.

"We have many friends from other dormitories, and we have not seen some of them for more than a year," he adds. "Sometimes they go to the recreation centre, their timings are different from ours, so we still cannot meet."

Mr Rafique, who has been vaccinated, is filled with hope that the borders will reopen soon and he can see his family - and get to hold his daughter in his arms for the first time.

Ripples from India's Covid-19 surge: The struggle to cope with fewer foreign workers in S'pore