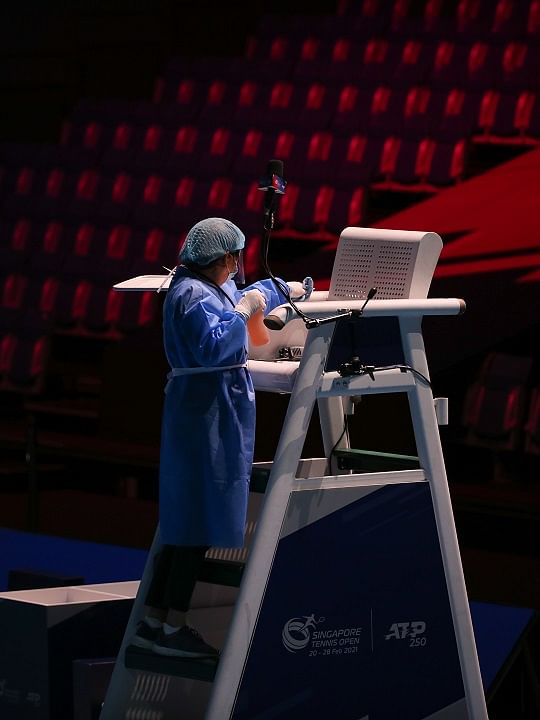 As American tennis great John McEnroe might put it: "You cannot be serious."

But it is all true, with local officials having to serve up an entirely different experience to get men's professional tennis back on court in the age of Covid-19.

It was the latest step to kick-start international sports here amid tough safety protocols.

These were on full centre-court display last week during the Singapore Tennis Open, an ATP 250 event, which attracted a field of 28 singles players and 16 doubles teams to the Singapore Sports Hub's OCBC Arena.

While 250 fans were allowed each day for the weekend's semi-finals and finals, the tournament started last Monday behind closed doors.

Spectators had to take an antigen rapid test and wait 20 to 30 minutes for the result. If they received the green light, they could go in but only after a temperature check and doing SafeEntry check-in using TraceTogether.

Spectators had to wear masks at all times and were not allowed to change seats or mingle between different groups while common areas were sanitised hourly.

The players were isolated in individual team "bubbles" and could not have close and prolonged interactions with other players. They removed their masks only during matches or practice sessions.

Even racket stringer Chua Beng Chuan, 55, was decked out in safety gear.

"I've been stringing rackets for 31 years and it's the first time I've done it while donning full PPE."